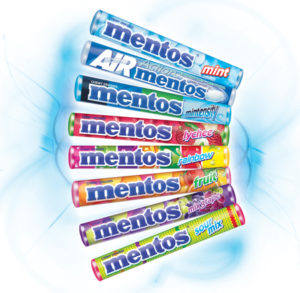 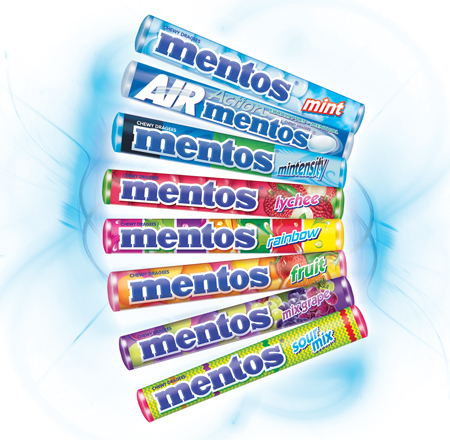 Mentos Roll candies are unique because of its surprising, fun and new taste that is crunchy on the outside and chewy on the inside.