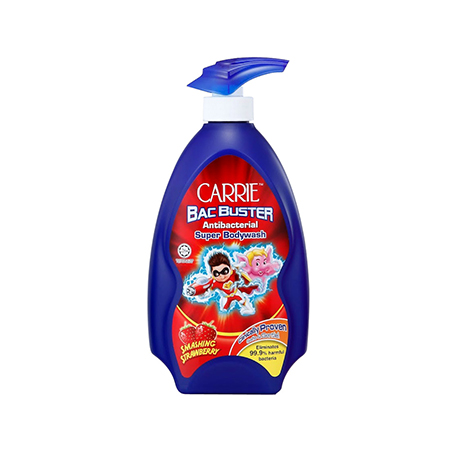 Carrie Bac Buster comes in Super Body Wash as well as Super Hand wash to keep kids protected from harmful bacteria for up to 6 hours. It is alcohol free, soap free and paraben free.