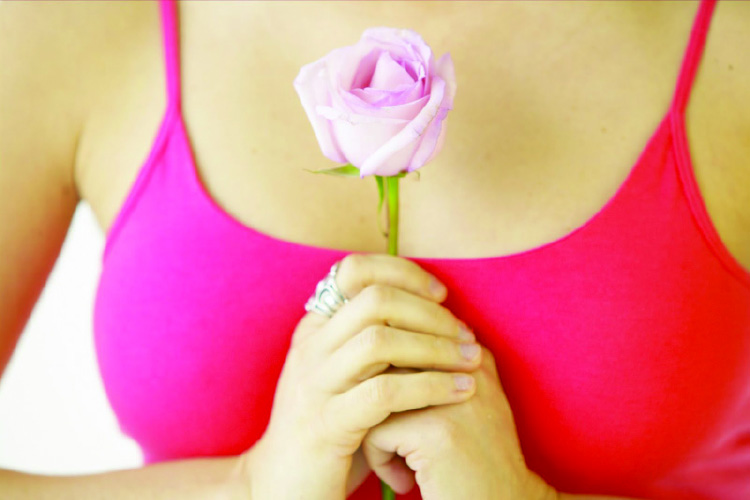 In Malaysia, breast cancer is the most common cancer type overall and among Malaysian females. In 2007, 3,242 new cases were reported to the NCR ((2007 National Cancer Registry report). Breast cancer accounted for 18.1% of all cancer cases reported, and 32.1% of all female cases. Only 48% of cases were diagnosed at early stage I/II in contrast to international figure of almost 60% with early stage at presentation. Similar trend is seen in Asia where a higher fraction has locally advanced & metastatic disease (World J Surg 2007; 31: 1387–92).

What are the risk factors for breast cancer?

To understand the risk factors for breast cancer we must first understand that breast cancer is not caused by a single factor but is the result of complex interaction of multiple factors. Bearing several risk factors does not mean that the individual will eventually develop the disease either. The risk of developing breast cancer increases as women get older, with 1 out of 8 cases occurring in women younger than 45 but increases to two out of three cases found in women older than 55.

The critical risk factors that may suggest that a woman may carry a risk are having family history of breast cancer amongst first degree relatives especially multiple occurrences on the same side of the pedigree, cancer occurring in young age (less than 50), occurrence of multiple primary cancers especially breast and ovarian cancers and having cancers affecting both sides of the breast within the same individual. The current availability of genetic counseling and testing for these genes in our country may lead to the identification of these women in the future.

The development of breast cancer is much related to the duration of exposure to ovarian hormones during menstrual cycles (which stimulate breast cell growth) such as early age at onset of menstruation, never having given birth or late age at first full term pregnancy (after age 30) having no or few pregnancies, attaining menopause at later age as well as taking hormone replacement therapy in postmenopausal women.

For example, the risk of developing hormone-positive cancer in women with first full-term pregnancy before age 20 is lower by half than that of women whose first full-term pregnancy occurs after the age of 30 (Bernstein L. Journal of Mammary Gland Biology and Neoplasia 2002). Multiple pregnancies appear to reduce a woman’s total number of lifetime menstrual cycles reducing lifelong exposure to female hormones. Currently, women’s increased participation in education and the working world has led to them either delaying marriage and/or childbearing until later age in order to establish a career as well as having fewer children, increasing their risk of developing breast cancer.

Although no studies have conclusively found a direct link of diet or food to breast cancer development, diet rich in fat and processed meat can lead to being overweight or obese which is a breast cancer risk factor. The use of alcohol, which is dependent on the amount, and duration of alcohol consumed and cigarette smoking has been associated with increased breast cancer risk but the association is rather small in magnitude.

Benign breast lumps that are associated with a positive family history is a significant risk factor for cancer development especially in the presence of atypical hyperplasia within the breast lump found in biopsy specimens. For example proliferative benign lesions such as atypical ductal hyperplasia or lobular carcinoma in-situ, confer between 7-11-fold increased risks of developing cancer in either breast. Other risk factors include having dense breast tissue on mammographic screening.

What are the symptoms of breast cancer?

The most common symptom of breast cancer is a painless lump. A painless lump that feels hard and has irregular borders is more likely to be cancerous. Other symptoms are lump in the armpit or above the collar bone, nipple discharge, puckering or retraction (turning inward) or changes in the skin or an inflamed breast. For this reason, it is important to have any new breast mass or lump, or breast change checked by a health care professional experienced in diagnosing breast diseases. Once a patient consults a doctor with any of these symptoms, a thorough history, a clinical breast examination and physical examination will then take place. A thorough evaluation is vital as delay in diagnosis results in poorer outcome and increased mortality from cancer.

What can you do to prevent breast cancer?

By knowing the risk factors how can women take steps to reduce their risks and prevent breast cancer? Historically little consideration was given to the prevention of breast cancer before the 1980s. The initial theory promulgated was that dietary fat may have association with breast cancer incidence. This led to the important consideration of making lifestyle changes to modify some of the risk factors that can be changed. Maintaining body weight by sticking to diet low in fat, calorie and processed meat, high in fiber, rich in fruits and vegetables and increasing regular intentional physical activities are the initial steps to be taken as both increased body weight and weight gain as an adult are linked with a higher risk of breast cancer after menopause. Many studies have shown that moderate to vigorous physical activity is linked with lower breast cancer risk.

Avoidance or limiting alcohol is the second approach to living a healthy lifestyle that all women should adopt since young age. For women who are at increased risk such as having a strong family history of breast cancer, a benign breast lesion or biopsies with precancerous features or have been found to have known genetic mutation of a BRCA gene, similar approaches can be applied to reduce the chances of developing breast cancer. Nonetheless, each individual risk is different and is best to discuss with your doctor in determining the best course of action or follow up plan. For example, following the detection of the BRCA 1 or 2 hereditary gene, such women will be given genetic counseling and may be given options of between 6 monthly surveillance with breast MRI or a prophylactic bilateral mastectomy (surgical removal of both breasts).

It is important to highlight that In terms of genetic testing for breast cancer susceptibility genes, different expert groups have different recommendations about who should be considered for genetic testing. Genetic testing for these mutations can be expensive and the results are often not clear cut. Testing can have a wide range of consequences that need to be considered. It should only be done when there is a reasonable suspicion that a mutation may be present and this is obtained after discussion and upon recommendation by experts managing breast cancer.

Chemoprevention which is the use of drugs to reduce the risk of cancer has also been tested in large clinical trials. Several drugs have been studied in women at increased risk for cancer such as those with ductal carcinoma in situ orlobular carcinoma in situ. Drugs such as tamoxifen which blocks some of the effects of estrogen on breast tissue as well as the aromatase inhibitors have been shown to reduce risk for cancer development but its use has to be thoroughly discussed with each woman in view of its potential side effects that include increased risks of endometrial (uterine) cancer in postmenopausal women and venous thrombosis (serious blood clots) as well as mineral bone loss.

For women without symptoms, breast cancer can be found early via screening. Breast cancer screening is based on the concept that the earlier detection of the cancer may avoid the ominous outcome of death from cancer. The goal of screening is to detect the cancer at very early stage, before they start to cause symptoms. The size of the tumour and the extent of its spread at diagnosis determines the stage of cancer and are some of the most important factors in predicting the prognosis of the individual with the cancer.

Breast cancers found during screening exams are more likely to be smaller and still confined to the breast. Often, they are found in the premalignant state, called ductal carcinoma in situ which carries excellent prognosis.There is a general consensus that mammographic screening can reduce the mortality rate from breast cancer by about 30% in women aged between 50-69 years old. Both single view and double view mammography combined with breast examination are effective as screening modalities.

The American Cancer Society guidelines for breast cancer detection have recommended these methods of screening for breast cancer: “Breast self-exam (BSE) is an option for women starting from the age of 20. They should be told about the benefits and limitations of BSE and should report any breast changes to their health professional right away. Women in their 20s and 30s should have a clinical breast exam (CBE) as part of a periodic (regular) health exam by a health professional preferably every 3 years. Starting at age 40, women should have a CBE by a health professional every year. Women age 40 and older should have a mammogram every year and should continue to do so for as long as they are in good health’. Women at high risk for breast cancer based on certain factors should get an MRI and a mammogram every year’. (American Cancer Society Breast cancer website). The methods of BSE can be obtained from various educational or cancer support websites and should be taught to all women from their 20s.

In conclusion, breast cancer is a serious health problem-affecting women worldwide. By knowing the risk factor associated with breast cancer, increasing our awareness towards its common signs and symptoms and the importance of early detection as well as practising healthy lifestyle, we can reduce the morbidity and mortality that may result from this malignant disease.