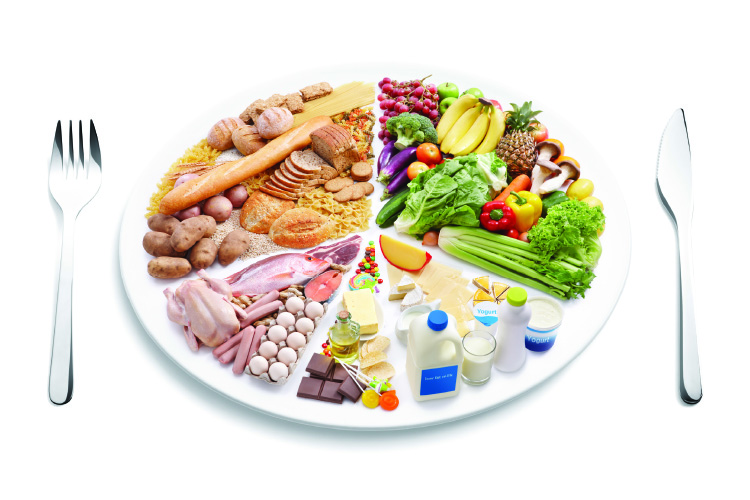 Inside your body there is an amazing protection mechanism called the immune system. The immune system is made up of a network of special cells, proteins, tissues, and organs that work together to protect the body. It is designed to defend you against millions of bacteria, microbes, viruses, toxins and parasites that would love to invade your body. In most cases, the immune system does a great job of keeping you healthy and prevents infections. However, sometimes problems can rise with the immune system which can lead to illness and infection.

First and foremost, experts often say a diet rich in fruits and vegetables can help you ward off infections like colds and flu. That’s because these super foods contain immune-boosting antioxidants. What are antioxidants? They are vitamins, minerals, and other nutrients that protect and repair your cells from damage caused by free radicals. Experts believe that this damage plays a part in a number of chronic diseases including atherosclerosis, cancer, and arthritis. Free radicals can interfere with your immune system. Therefore fighting off damage with antioxidants helps keep your immune system strong, making you better able to ward off colds, flu, and other infections. The three major antioxidant vitamins are beta-carotene, vitamin C, and vitamin E.

Beta-carotene – the potent anti-oxidant. It increases the number of infection-fighting cells, natural killer cells and helper T-cells, as well as being a powerful antioxidant that mops up excess free radicals that accelerate aging. The body converts beta carotene to vitamin A which enhances white blood cell function, enhances resistance to infection and carcinogens, and helps maintain skin and mucus membrane defenses to infection. Try not to take vitamin A supplements, this is because too much of vitamin A can be toxic to your body.

It’s better to get extra beta-carotene from foods and let the body naturally regulate the conversion of immune-fighting vitamin A. When your body has enough of vitamin A, it will stop making it, so it is unlikely to get toxicity of vitamin A. Beta-carotene can be found in concentrated amounts in a variety of foods including sweet potatoes, carrots, kale, spinach, pumpkin, tomatoes, broccoli and turnip greens. To get the biggest benefits of antioxidants, eat these foods raw or lightly steamed; don’t overcook or boil.

Vitamin C tops the list of immune boosters for many reasons. There has been more research about the immune-boosting effects of Vitamin C than perhaps any other nutrient. Vitamin C increases the production of infection-fighting white blood cells and antibodies and increases levels of interferon, the antibody that coats cell surfaces, preventing the entry of viruses.

Vitamin C reduces the risk of cardiovascular disease by raising levels of HDL (good) cholesterol while lowering blood pressure and interfering with the process by which fat is converted to plaque in the arteries. As an added perk, persons whose diets are higher in vitamin C have lower rates of colon, prostate, and breast cancer. Food sources that rich in vitamins C are oranges, kiwi, cauliflower, red, green or yellow peppers, citrus fruits, papaya, butternut squash, tomatoes, broccoli, brussel sprouts.

Vitamin E stimulates the production of natural killer cells, those that seek out and destroy germs and cancer cells. Vitamin E enhances the production of B-cells, the immune cells that produce antibodies that destroy bacteria. Food sources of vitamin E are nuts, seeds, and vegetable oils.

Vitamins are not the only antioxidants in food. Other antioxidants that may help boost immunity include zinc and selenium. Zinc helps to increase the production of white blood cells that fight infection and helps them fight more aggressively. It also increases killer cells that fight against cancer and helps white cells release more antibodies. Whereas selenium can help build up white blood cells, which boosts the body’s ability to fight illness and infection.

Beta-glucan, which is a polysaccharide, can support the immune system. Mushrooms are rich in these polysaccharides and can increase the production of cytokines, which are cells that help fight off infection. Barley like mushrooms contains a high amount of beta-glucans, known for their antioxidant and antimicrobial properties.and breast cancer.

Yogurt is rich in beneficial bacteria (Lactobacillus Acidophilus and Bifidobacterium Lactis) which has been found to fight the bacteria and block the replication of viruses that invade the body when we get sick. Yogurt is also a great source of probiotics.

Garlic has an active ingredient which is allicin. Allicin is anti-viral, anti-bacterial and anti-fungal, compounds high in sulfur that wards off diseases and help battle infections. Put in some garlic as your spices to fight off colds.

Food plays a role in how we look, but we often forget that it massively affects how we feel. To maintain a healthy immune system and prevent a compromised immune system from attacking itself you need to consume a healthy diet. No individual food alone can boost the immune system, but a diet rich in nutrient-filled fruits, vegetables and grains increase your chances of good immune health.