Home › Blog › Cancer Can Be Prevented

Cancer Can Be Prevented 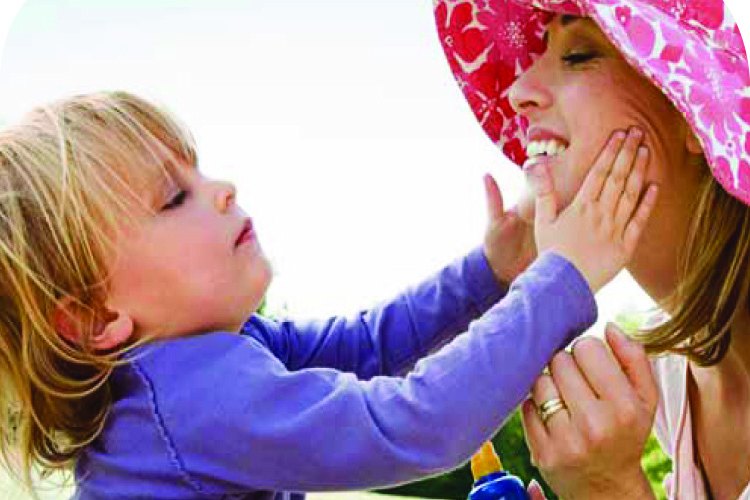 DID YOU KNOW THAT…

If no action is taken, the global cancer burden is expected to reach 26 million new cases and 17 million deaths by the year 2030, with the most rapid increases occurring in low- and middle-income countries. However, it’s not all bad news as 30 – 40% of cancers can be prevented, and one-third of cancers can be cured through early diagnosis and treatment.

Your risk can be significantly reduced through simple measures:

• Stopping tobacco use and avoiding exposure to passive smoke

The global cancer epidemic is huge and is set to rise. It is a disease that knows no boundaries and has, or will, affect us all either directly or indirectly during our lifetime

• The economic cost of lost life years due to cancer exceed that of any other disease.

• The scale of the cancer epidemic requires a global multisectoral response.

• Many of the 600,000 deaths each month attributed to cancer can be prevented with increased governmental support and funding for prevention, detection and treatment programmes.

• The WHO believes that avoidable deaths from NCDs can be reduced by 25% by 2025.

• Cancer cost economies across the world an estimated $290 billion in 2010 – $154 billion of which were medical costs.

• For every 100 people who get cancer, over 30 cases could have been prevented by healthy lifestyle or by immunisation against cancer causing infections (2)

• The number of premature deaths is higher than then the actual number of deaths caused by HIV/AIDS, malaria, TB combined, and a host of other diseases.

It is estimated that one in four Malaysians (1:4) will develop cancer by 75 years old. According to estimates, there are about 90-100,000 people in Malaysia living with cancer at any one time. The National Cancer Registry of Malaysia (NCR) records 21,773 Malaysians being diagnosed with cancer but estimates that almost 10,000 cases are unregistered every year.

The top 5 cancers affecting both male and female in Malaysia are:

Prevention should obviously take precedence over treatment. The occurrence of disease is generally thought to involve two compounding factors, genetic susceptibility and environmental exposure to carcinogens. Research studies following 90,000 twins in Scandinavia suggest that environmental factors contribute more than half of the risk to the 11 most common cancers. Naturopathic support can help to reduce most lifestyle-based risk factors and even counteract some genetic risk factors.

Although cancer may appear to strike suddenly, often without warning, it does not just happen overnight. Cancer cells are once healthy cells that have become cancerous. And they are a symptom of acidity. That is, when healthy cells are corrupted by dietary and metabolic acids, they can become cancerous. The more acid we have in our bodies, the greater the risk of developing cancerous tissues. 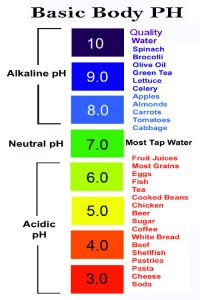 You need to eat, drink, and even move and think in ways that reestablish the body’s alkaline design. Much research has shown that what we eat affects our susceptibility to cancer. Some foods defend against cancerous cells and some foods promote their development.

The diet for preventing all cancerous conditions is 100 percent alkaline. You can fight the development of a cancerous condition by increasing the alkalinity of your tissues, building in a diet based around green vegetables, fresh vegetable juice, unprocessed salts, good oils and alkaline water together with nutritional supplements. You have to cut out acidic foods such as animal protein, alcohol, sugar and give up acidic habits too.

The Importance of Acid and Alkaline Balance Healthy cells in the human body thrive in mild, moderate and high pH fluids (7.3-11pH) They do not tolerate even a mild acid state. Cancerous cells, on the other hand thrive in acidic pH of 5.5. Cancerous cells become dormant at a pH slightly above 7.365 and transform back to the microzyma or die at pH of 8.5.

Understanding the timeline for cancer is crucial in suggesting methods for its prevention. Most cancers have a ten- or twenty-year interval between their carcinogenic stimulus and the appearance of a thriving tumour. The importance of diet cannot be stressed enough.

The best defense against cancer is two pronged: actively ingesting chemopreventive agents in food and avoiding cancer inducing substances in the first place. A gram of chemoprevention is worth a kilogram of cure. But how are phytochemicals likely to prevent cancer?

Plants predate animals by millions of years and they actually adapt better to environmental stress. Plants make all the anti-oxidant vitamins they need. But humans, who have either lost this ability or never had it, must rely on plants for their antioxidant properties. Many health researches promote the simple act of eating more fruits and vegetables. Ideally you should regularly consume an array of foods from the Super Eight Food Groups below.

It is important to eat foods that contain plant chemicals, not artificial dietary supplements. Unlike vitamins, phytochemicals should not be taken in the pill form found at the store. Eat organic foods rather than quick-cooking processed foods. Fresh food is better than frozen, and frozen food is better than canned. Another cancer combatant is chlorophyll, the green pigment found in the dark green plants and a necessary component of photosynthesis. Chlorophyll and related compounds are recognised as being responsible for most of the antitoxic activity of certain vegetable extracts.

Contains many cancer-slashing compounds like glucosinolates, indole-3-carbonol (I3C). It protects DNA and may prevent cancers of the breast, prostate, lung, throat, stomach and colon. A constant infusion of garlic and cruciferous vegetables is especially associate with reduced colon cancer.

Seeds and nuts contain strong anti-oxidants to maintain the viability of the seed. They also contain protease inhibitors that can lower incidences of breast, colon and prostate cancer. Continuing experiments have shown that protease inhibitors also hinder tumour development and can reduce the size of tumours as well.

It has inhibitory effects in the presence of carcinogens. That protection is due to fibre and lignans. Lignans are anti-tumour and antiviral. Many researchers have made the obvious speculation: lower incidences of breast cancer may be due to the presence of lignans from a fibre rich diet. It could be the lignans have anti-estrogen effect and suppress the growth of cancer. The primary sources for lignans are flaxseed (linseed), rye, buckwheat, soy, millet, quinoa, oats and barley.

Soybeans are proving to be antiviral, anticancer, antifungal and anti-oxidant protease inhibitors. Among the edible legumes, soybeans contain the highest amounts of saponins. Saponins are toxic to tumour cells, inhibit DNA synthesis in tumour cells and decreasing tumour cell growth.

The biological activity of citrus juice flavonoids covers a broad spectrum, including anti-carcinogenic and anti-tumour activities. Flavonoids prevent the invasion of cancer cells and they are potently inhibiting tumour cell growth. Raspberries and strawberries being vitamin-rich berries may inhibit cancer with tannins (the bitter agents found in the tea, fruits, and the bark of trees)

A tomato a day will keep cancer away! An interesting study showed a reduced rate of prostate cancer in men who frequently consumed baked tomato products in pasta dishes. The lycopene can inhibit the formation of carcinogens.

Cathechin from green tea and thea flavins from black tea.

Wheatgrass contains more than 100 food elements, including every identified mineral and trace mineral and every vitamin in the B-complex family. It has one of the higher pro-vitamin A contents of any food and is rich in vitamins C, E, K. Wheatgrass juice is 25% protein, a higher percentage than in meat, fish, eggs, dairy products or beans. It has high amounts of anti-fungal, anti-mycotoxic substance called laetrile.