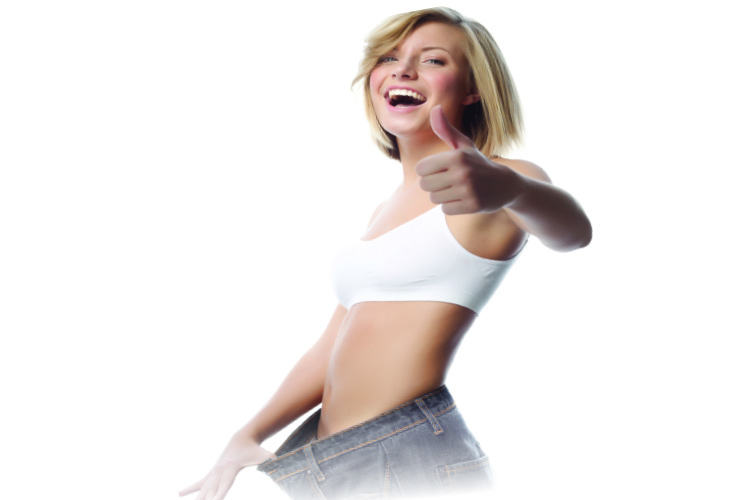 We’re all familiar with the term BMI by now. Body Mass Index is that crucial formula that compares your weight to your height, and tells you if you weigh too much for someone of your height, or otherwise. Unfortunately, the BMI has its flaws regardless of the numbers that pop up from your calculations.

It is not a secret anymore that the BMI is not a great predictor of an individual’s risk of disease. It predicts the health risk at the population level but even then, there is considerable variation within a given BMI range. There is a wide weight range considered ideal for each height and the BMI doesn’t tell you where the bulk of your weight is either. Many experts have talked about this at length in the past when they summarized 3 reasons why BMI is a poor measure of your health:

1. BMI does not differentiate between the Michelin Man and The Terminator (e.g. fat and muscle)

2. BMI does not differentiate between the apple-shaped and pear-shaped individuals

3. BMI does not always reflect a change in lifestyle

So, don’t be too happy if your BMI puts you in an ideal weight category. Due to the flaws of the BMI, researchers at City College of New York have developed a new formula they call “A Body Shape Index”, or ABSI. Nir Y. Krakauer and Jesse C. Krakauer, introduced ABSI to the world when they took the best components of BMI and waist circumference to come up with a new method of measuring obesity. Their system takes into account height, weight and waist circumference to develop a metric.

Before we can argue if ABSI is a better indication of health than the BMI, it is important that we first understand how both indexes are calculated:

To sum it up, ABSI is a formula that encompasses the BMI and waist circumference to determine obesity. Some summarize both indexes by saying that BMI measures “bigness” whereas ABSI measures “roundness”. The ABSI takes the weight circumference into consideration as the American National Institutes of Health have long associated a large waistline with a higher risk of diabetes and cardiovascular diseases. A waistline of more than 35 inches for women and 40 inches for men significantly increases the risk of premature death. Belly fat is associated with other health conditions such as high cholesterol and high blood pressure.

In the study conducted by Krakauer and Krakauer, an American sample of 14,105 non-pregnant adults from the National Health and Nutrition Examination Survey (NHANES) led to the ABSI being developed. Death rates increased in those with above average ABSIs. The researchers also revealed that the ABSI correlation with mortality holds true across all ages, gender and BMI. As such, the study concluded that the ABSI was a good predictor of obesity and premature death but follow-up studies would need to be done to determine whether the tool could be used clinically.

Interestingly, the ABSI is able to predict premature death regardless of other factors such as age, gender, ethnicity and smoking (smokers weigh less than people who don’t smoke cigarettes). In other words, since the BMI doesn’t take into account the location of your excess fat, you may think that you’re all okay since you are young with a low BMI, without realizing that your mid-section could be huge in relation to your height and weight.

The ABSI has already been welcomed by nutritionists, who found that the omission of body composition in BMI calculation makes it less accurate for health risks prediction. Researchers admit that it is a bit too soon to determine whether reducing one’s ABSI would be a good way to lower risk for premature death but either way, experts continue to agree that weight loss, especially around the waist, will help people in their fight against premature death.