Home › Blog › Super Foods for a Slimmer You!

Super Foods for a Slimmer You! 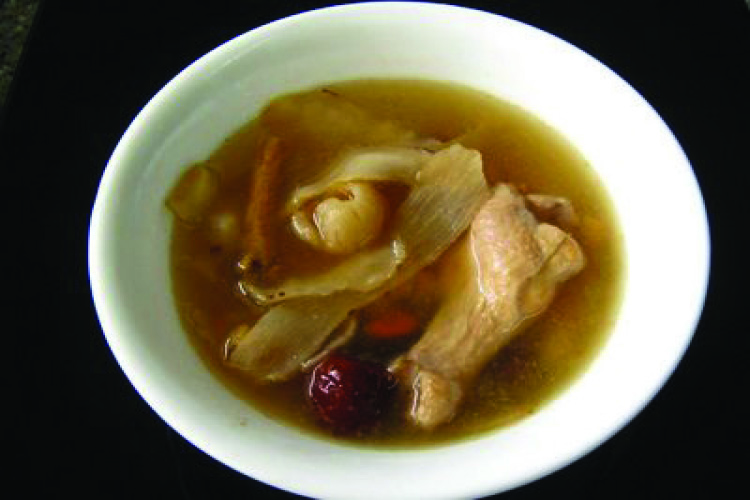 Now, you can eat all you want and lose weight, by eating the right food…

Losing weight need not be done the hard and expensive way. Instead of exercising, starving yourself or going for slimming treatments that might not even work, why not lose weight by eating?

Yes, you can eat all you want and lose weight, by eating the right food of course. If you’re looking to shed some kilos, here are the 15 food that you can have for breakfast, lunch, dinner or even as a snack…

Snack – Snacking in between meals is even allowed, provided that you snack on the ‘right’ items.

Start your day with a breakfast of eggs. Rich in protein, eggs fill your tummy for a longer period of time, so you wouldn’t feel hungry quickly. This was revealed in a study which found that respondents who have had eggs for breakfast ate less in the next 36 hours. Protein has also been found to prevent increases in blood sugar which causes food cravings. It is good that eggs can be enjoyed in a variety of ways – scrambled, poached, half-boiled, sunny side up or made into omelette with different fillings, so you won’t get bored of having eggs every morning of the week.

If you’d like to reduce your eating throughout the day, have a bowl of high-fibre cereal. Cereal is effective in curbing your appetite, as proven by researchers at the VA Medical Centre and the University of Minnesota in Minneapolis. They discovered that those who have had some cereal before heading to a buffet table ate less than those who didn’t. So, now you know that cereal isn’t just good for breakfast but as a pre-buffet meal!

Cinnamon rolls make good breakfast for weight loss because cinnamon helps to control the insulin spikes that cause hunger pangs, according to researchers from the U.S. Department of Agriculture. Not only that, cinnamon benefits diabetics too by lowering their cholesterol, blood sugar and triglyceride levels. If you are not able to get your hand on cinnamon rolls, you can make your own cinnamon-laden breakfast by sprinkling cinnamon on oatmeal or on whole-grain toast.

Beans are everywhere around us. There are mung beans and adzuki beans (or sometimes simply referred to as red beans) in sweet soups and desserts, kidney beans in cendol, lentils in curry and black eyed peas (the beans, not the pop group!) in dumplings. And of course, soymilk and tau fu fa are everyone’s favourite soybean products. You should eat more beans not just because they are a great addition to dishes but because the University of California’s team of researchers found that beans contain the cholecystokinin hormone, a natural appetite-suppressant. Beans also keep hunger away by maintaining blood sugar at lower levels. So now you can enjoy those Taiwanese desserts that come laden with a variety of beans, guilt-free! Just be careful of the sugar content in the drinks though.

Finish off your meal each day with a pear or an apple. Pears contain more fibre than apples but nonetheless, both are high in pectin fibre, which works great in filling you up and decreasing your sugar levels as well. It was found that three pears or apples a day were more effective in stimulating weight loss than three oat cookies. Pears and apples are packed with vitamins too, hence the oh-so-common saying “An apple a day keeps the doctor away”.

Instead of endlessly refilling your mug with coffee, drink green tea instead. Green tea is rich in antioxidants that accelerate metabolism and fat-burning. A study conducted among the green tea-loving Japanese concluded that those who had drank green tea rich in antioxidants have reported weight loss, lower LDL (bad) cholesterol, lesser body mass index (BMI) and improved metabolism.

You might already be munching on peanuts while watching tv, so continue to do so. Nuts could be fattening but interestingly, Purdue University found that those who snacked on nuts are actually slimmer than those who don’t. The reason is that those who had snacked on nuts are not as hungry at meal times, so they eat less at the table. Munching on nuts is indeed fun because not only they are crunchy and yummy, your risks of developing cardiovascular diseases are lessened and you’d burn more calories too with a boosted resting metabolism.

The Nutrition and Metabolic Research Centre at Scripps Clinic found that having half a grapefruit or a portion of its juice before each meal could see you losing three pounds in 12 weeks. How this marvellous fruit does so is by lowering your insulin levels, leaving your body with no choice but to convert calories into energy instead of fat. Grapefruits are available pretty easily at the supermarkets, so start adding this orange-like fruit to your diet.

The University of Illinois revealed that women who had consumed a protein-rich meal of lean beef had lost more weight and fat than those who had consumed the same number of calories but with lesser protein. It is the leucine amino acid found in meat, chicken, fish and dairy products that promote weight loss while staving off hunger pangs. Switch to lean meat if you have always favoured fatty ones and do remove any visible fat from the meat too if you see any.

Salad has always been the favourite of those who are keen to lose weight but is it really effective? Yes, say the research team at Penn State University who found that those who ate a large low-calorie salad consumed less food afterwards. Salad is effective in reducing food intake because its sheer volume fills up your stomach and makes you feel full enough to resist offers of food. Being lean is not the only advantage of nibbling on salad; the Journal of the American Dietetic Association found that people who had one salad a day had higher levels of carotenoids, folic acid, vitamins C and E and lycopene (an antioxidant). But of course, all these benefits might be void if you continue to have a large dollop of creamy dressing atop your salad.

This simple, cheap and easily available source of protein is another food item that reduces eating, thanks to the appetite-quashing protein contained. A study conducted by Louisiana State University discovered that those who have had some tofu before their meal didn’t eat as much as those who hadn’t had a tofu appetiser.

Some slimming centres have introduced “chilli wraps” but while the effectiveness of chilli in those treatments is not known, chilli-and pepper- laced food have been acknowledged as appetite suppressants. Thanks to the capsaicin contained within, a group of Japanese women were found to have had a lighter lunch after consuming omelette filled with red peppers at breakfast. Malaysians have always enjoyed their food spicy, so now there are more reasons for you to fire up your food!

Soup may be in the form of liquid but it can be as filling as a meal of chicken. This is because our brains perceive it as filling. So the next time you want to eat less but feel full, ‘cheat’ yourself by having a cup of chicken soup, or just any soup at all.

You might be one of those who cannot survive without rice. So how can you still eat rice and lose weight? The answer is by switching to brown rice. Brown rice is rich in fibre, low on calories and contains healthy carbohydrates that enhances metabolism. That combination of factors is what that causes a group of studied women to maintain their weight compared to those who have had high-energy density diets.

Olive oil is so good for your health that you shouldn’t mind your food being drenched in it. Olive oil is rich in monounsaturated fat which speeds up your metabolism and burns more calories. A study conducted in Australia found that women who had eaten a breakfast of cereal laced with olive oil had a boosted metabolism. While cereal in olive oil might not be everyone’s fancy, you can simply substitute your regular cooking oil with olive oil and use it for salad dressings and dips too.

There you have it – 15 food items for every time of the day. You don’t have to go hungry anymore to achieve your ideal weight but instead, you can add all sorts of fun food such as fruits and nuts to your daily diet.