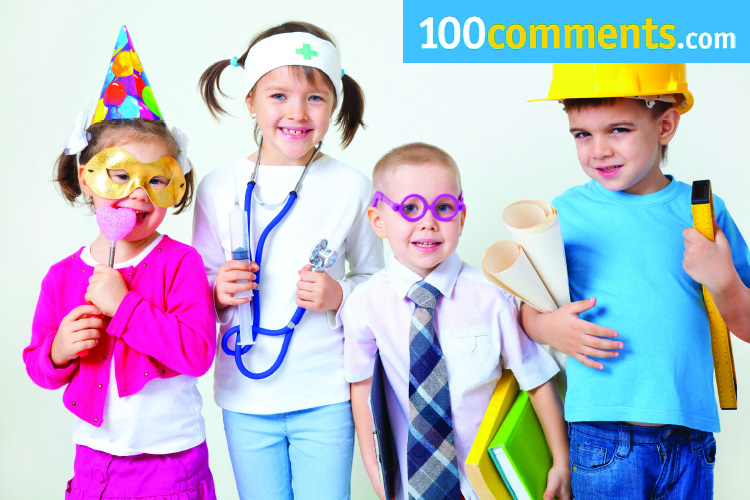 In this ever-advancing world of technology and information, it’s no easy task trying to source out quality entertainment that’ll still allow kids to be kids.

Lack of security, bad weathers and non-conducive environments are known to influence many parents’ decisions when it comes to their reluctance in letting their kids go out and have some fun with their friends. Yes, how times have changed in regards to kids having fun.

On the other hand, it’s in the nature of our life cycle that we go through childhood learning about all there is to learn to become useful, responsible and successful adults. In fact, most kids, then and now, have been known to have spent some time of their life trying to imitate the people closest them, such as their mom, dad or other family members. They engage in pretend play and assume the role of a mother taking care of her children, a father going to work to earn a living, an uncle coming over for a visit, and so on and so forth. In doing so, they inevitable learn about the importance of the roles each person has in their life.

As they move on and start to appreciate television shows and programs, including their favorite cartoons and movies, children will begin to observe more about all the different occupations and roles of people in the circles beyond what they have known. The will likely also try to emulate and imitate their favorite characters too, which creates more role play opportunities. As they grow older, children may start thinking about what they would like to be when they grow up. Some children stay true to their childhood ambitions while others may change their ambitions many times in the course of finding their true selves, so to speak.

Learning about life, occupations and all the different roles people in a community play may sound like a tedious affair and if it were to be taken as a serious lesson, it could be! However, since 27th February 2012, a very special spot in Mutiara Damansara has been giving kids the opportunity to try out dozens of different occupations in fun and entertaining ways, all under one roof, and it’s called KidZania Kuala Lumpur.

The very first KidZania was established in September 1999 in Santa Fe, Mexico and following its huge success, a network of the famous kids’ edutainment outlet sprouted around the globe, including one in Malaysia.

KidZania is essentially a fully-functioning kids’ sized city where young ones between the age of 4 –14 can take up purposeful roles and experience what it’s like to be a working citizen for a day! They can play doctor, lawyer, fireman, mayor, driver, nurse, pilot, judge or any other role from the dozens to chose from, and get to know more about their chosen occupation.

The whole area of KidZania is built to replicate a complete and functioning city with buildings, pavements, transport systems, recognised destinations and with a functioning economy too. The whole idea is to give kids a chance to learn about the different jobs in a community and have loads of fun doing so through guided activities and task completions. They even get ‘salaries’ for completed tasks and get to spend their earnings too!

Ultimately, time spent at KidZania has taught countless children about mutual respect, cooperation, understanding, teamwork, independence, confidence and critical thinking among other skills and virtues. Its safe, unique and realistic educational environment and concept has won over the hearts of millions of kids and their parents worldwide, bagging the establishment numerous awards to its name!