Home › Blog › The Real Reasons For Your Ultrasound Scans

The Real Reasons For Your Ultrasound Scans 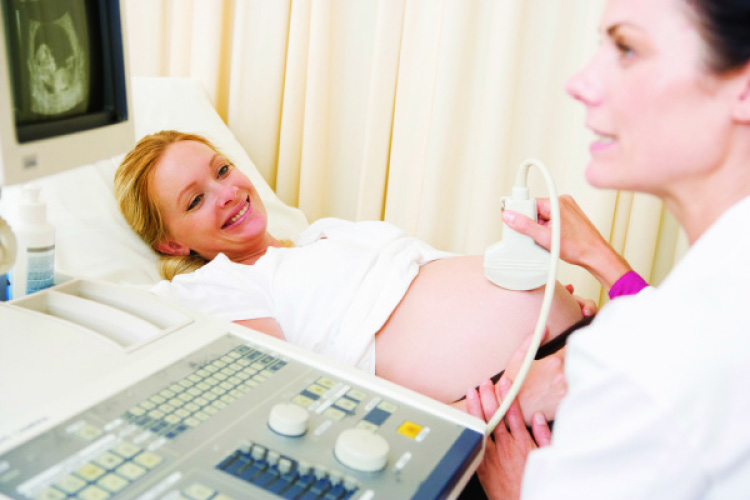 Seeing your unborn baby on the screen is one of the most anticipated events during your pregnancy, especially for first-time parents. More than just to satisfy parents’ curiosity, these scans can also tell you a great deal about your bundle of joy.

Your pregnancy test showed double lines and you’re anxiously waiting at your obstetrician’s clinic for your name to be called. You feel all warm and woozy upon seeing the blurry blob on the screen, blinking steadfastly to prove its existence. Despite the morning sickness, you’re finally convinced that yes, you have a life growing inside you!

Thank goodness for such technology. Without a bump and photographic evidence, it can be difficult for any mum-to-be to believe that they are actually carrying a baby at all.

“Ultrasound scans allow us to monitor the growth of your baby and detect any problems. They are used to ensure that there are no developmental abnormalities in the baby,” says Susanna Basnayake, a senior radiographer at Sunway Medical Centre.

How does it work?

A non-invasive imaging technique, ultrasound scans are painless, although the gel rubbed over your belly to help the hand-held device – known as transducer – slide easily over your abdomen can feel a little cold.

As the transducer moves back and forth over your bump, it sends sound waves through the womb, then reflected back to a scanner that measures and convert them into wriggling, life-like images.Hard tissues such as bones reflect the biggest echo and are white in the image, soft tissues are grey while your amniotic fluid appears black. For the scans to be most effective, especially in early pregnancy, it is recommended for you to have a full bladder as the beam travels better through fluids, enhancing the images seen on the screen. Additionally, a full bladder will push baby’s head up and out of your pelvis for better imaging too. So drink up some H20 before you step into your obstetrician’s office.

Who conducts the scans?

In hospitals abroad, most scans on pregnant women are done by sonographers or radiographers. Locally, they are operated by obstetricians who are trained and qualified in operating the device although in larger private hospitals, radiographers are on hand to assist as well. These experts are trained and given clear guidelines to adhere to.

Why do you need scans?

According to Basnayake, ultrasound has been safely used in obstetrics for over 35 years, in which during this time there has never been any documented harmful effects to mother or her baby before or after birth.

It is used for different reasons at different stages in pregnancy. In the first stage of pregnancy, usually before 14 weeks, ultrasound scanning is used to check whether the foetus has a heartbeat and whether you are pregnant with one baby or more. The length of the foetus is also measured to determine the baby’s estimated due date. Some major abnormalities can also be detected at this stage. At 11 to 14 weeks, measurement of the thickness of the skin at the back of the neck (known as nuchal translucency measurement) can be used to calculate the risk of the foetus having a chromosome abnormality.

During the second trimester between the 18th and 20th week, a more detailed scan is carried out to check for structural abnormalities. Basnayake explains: “This in-depth scan examines the baby’s spine, skull, brain, heart, lungs kidneys, arms and legs. We check if the baby is formed properly, if the kidneys are functioning well and if there is water in the lungs.”

From 30 weeks onwards, ultrasound is often used to estimate the baby’s size and growth. This is often useful if the expectant mum has had a small baby in the past or has a condition that may affect the baby’s growth, such as pre-eclampsia. The bloodstream in the umbilical cord is also examined to see if it is functioning well enough to transport sufficient oxygen and nutrition to the baby. Additionally, the position of the placenta is checked to see whether it is lying normally or if it is positioned close to the inside of the cervix (a condition known as placenta praevia).

Is it necessary to have an ultrasound?

If you are not a big fan of this machine, it is recommended to have at least one scan in each trimester. Scans can give useful information about your pregnancy, and most mums find them reassuring.

Basnayake adds: “Besides allowing you to bond with your baby, ultrasound scans provide an avenue for both parents and the medical team to be prepared if anything unusual is detected. Further tests can be conducted to determine the said abnormality and proper support and information can be given to the parents so that they are mentally prepared before the baby arrives. If the problem requires immediate attention right after the baby’s birth, special neonatal care can be on standby.”

However, the operating guidelines should be adhered to. “Scans should only be done by fully trained staff who know how to perform the scan safely. The probe should not be held still for more than five minutes in a position,” Basnayake concludes.