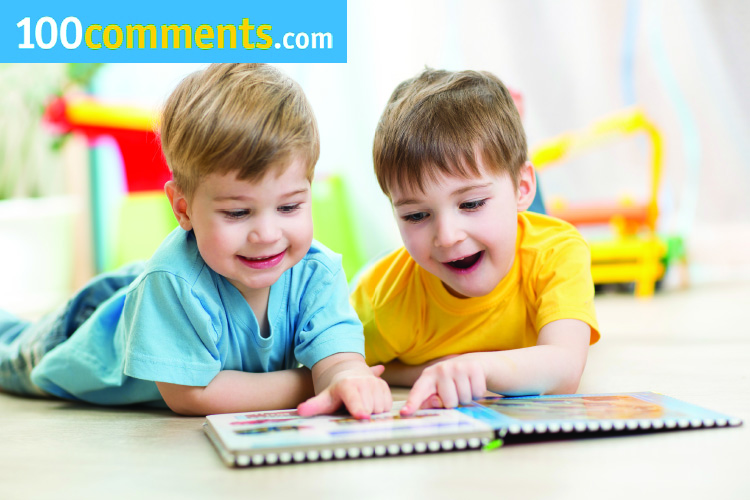 There are more students today studying abroad and traveling the globe than ever before! In regards to this, the importance of opening one’s mind to learning about and embracing other cultures, and also appreciating the perspective and enrichment it brings to one’s life cannot be over-emphasized.

It’s highly likely that if you begin at the right time, your child could be fluent in Bahasa Malaysia, English, Tamil, Arabic, Mandarin or even French, Korean or Japanese. This is where a language enrichment class plays an important role, should you choose to enroll your child in one! Physiological studies show that children who are multilingual think differently from single-language speakers and enjoy benefits not only in terms of future life options but also in the form of superior mental and cognitive abilities.

While it’s a common conception that multilingual children are the product of overachieving parents, the fact is, any child can be nurtured into becoming a language expert, really. It is, of course, up to parents to provide the opportunities and exposure needed to learn and absorb another language (or two!).

When you speak a foreign language you’re actually exercising your brain and strengthening it through word recognition, translation, grammar and so on and so forth. These abilities help to boost the brain’s ability to interpret and find solutions to problem. Statistically, multilingual kids have been found to score better in standardized tests, especially in Mathematics, reading and vocabulary.

Multilingual children have been trained to switch effortlessly between at least two forms of speech, writing and grammar structure. As such, this ability to juggle between different thought patterns make them the ideal specimens for multi-tasking for they get more things done efficiently in a given span of time.

Learning a new language means that your child has to remember new rules of the language as well as thousands of words at the same time. This helps to strengthen the memory muscles in the child’s brain and contributes to the overall improvement of his or her memory capacity. Experiments have also demonstrated that multilingual children are better at remembering shopping lists, names and directions to places.

A multilingual child tends to be more adept at focusing on relevant information while spotting and eliminating false facts. Research also supports the observation by revealing that multilingual individuals are more aware of their surroundings at all times.

A multilingual individual tends to also think in multiple languages, which subconsciously influences his or her judgment as well. According to a study from the University of Chicago, rational decision-making occurs because the decision-making process undergoes scrutiny in at least two languages, which then helps people make better judgment before acting upon their choice.

The younger the better

Research shows that the best time for your child to pick up a second language is from birth until the age of 10 or 12. This is because during the first ten years of your child’s life, the brain is capable of developing language skills that can expand to accommodate a second language as it develops and matures. Having said that, older children from 13 years old onwards can still benefit from language classes, although it would be at a progressively slower pace as the brain would be fully developed by then.

According to Malcolm Gladwell, anyone can become an expert in any topic matter of their choice as long as they devote 10,000 hours of their time on the chosen task. This revelation that is based on a study by K. Anders Ericsson also suggests that learning a second language since childhood means that your son or daughter can easily become an expert in the chosen language by adulthood if they start earlier and earn the 10,000 hours worth of language learning sooner than others.

Helping your child along

Is the pride and joy of your household struggling miserably with new words and alphabets taught at school? Help trigger their innate language learning abilities with these simple steps:

Be sensitive to your child’s needs:

This means that you need to be aware of your child’s classroom curriculum so you can help to refresh newly learned topics at home as well. Take some time out of your daily busy schedule to have a cup of coffee while going through your child’s language textbook and have a better understanding of what your child is learning. If you can’t understand the material, how can your child hope to master it?

Use flashcards!: Learning a new language requires your child to learn thousands of new words to become fluent. Help him or her remember better by taking the new words learnt and turning them into flashcards that you can stick up around the house.

Watch foreign films and TV shows: If sourcing for native speakers is a challenge, don’t worry about it. Instead, leverage on other learning tools such as foreign films, books, games, comic books and videos to help your child learn the language faster in a more relaxed environment.

Remove the Barrier: Parents who can’t speak Chinese usually want their child to learn the language whereas parents who can’t speak English very well usually want their child to learn English. Don’t let the mastery of a second language become a barrier between your child and yourself. Instead, make an effort to learn a second language together with your child. This improves your familial bonds and helps motivate the both of you to learn better and faster.

Seek out fluent or native speakers: If your child is learning a second language that differs from that spoken in your household, try to arrange it so that they can practice speaking the language with individuals whose mother tongue is that language or who can speak the language fluently.

Language learning is more cognitive than linguistic and here are just a few of the cognitive benefits to learning a foreign language:

Imagine a world where the young ones grow up well-rounded with a love for learning and an appreciation for other cultures. Surely they will grow up to be successful, contributing members of society!

Learning a foreign language opens doors that would otherwise be challenging to get through. Bilingual (or multilingual) individuals have access to resources, people, places, and things that monolingual people hardly do. Not only can a foreign language provide a competitive edge in the workforce, but it creates a deeper understanding of humanity and culture. Being multilingual also means being more appreciative of one’s personal experiences where ever life takes you.