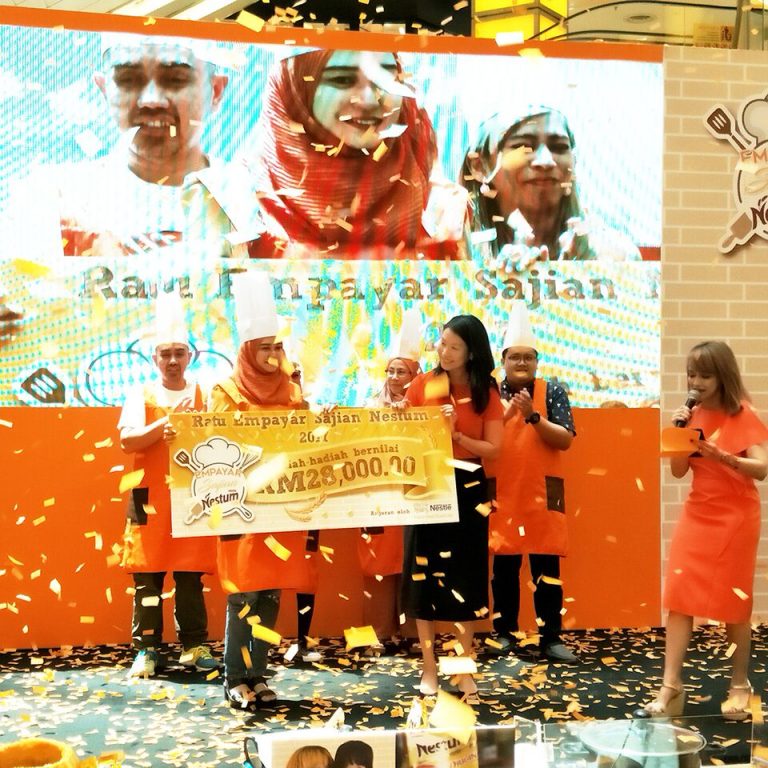 The winning Grand Prize recipe will be published in Alisa’s very own Quick and Easy Recipes with NESTUM® cookbook by Nestlé Malaysia. 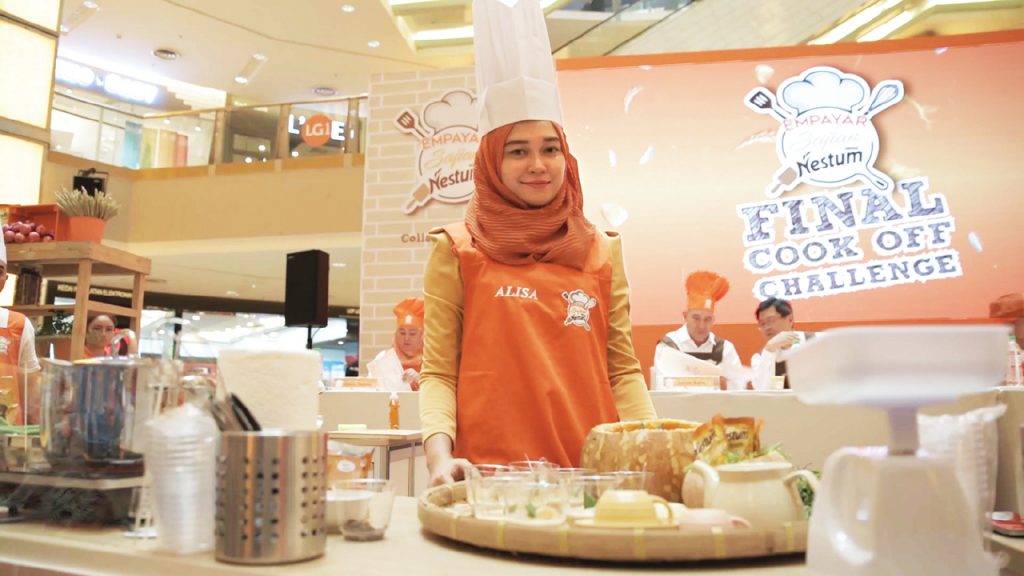 The 34-year old computer technician and a mother of four from Perlis, emerged as the champion with her dish, Serawa Labu Manis NESTUM®. The panel of judges led by celebrity chef, Chef Naem were won over not just by the delicious taste but also by the creative usage of NESTUM® in the recipe.

Alisa, a cooking enthusiast since her school days, gained praises from her family for her special twist on the traditional pumpkin dessert soup with coconut milk, brown sugar, pandan and NESTUM®.

Her husband and children were her inspiration behind this recipe; with their constant love and support, she already felt like a winner even before advancing to the finals.

“I am completely thrilled to be crowned the first Ratu Empayar Sajian NESTUM®. As an avid home cook, I’ve always enjoyed experimenting in the kitchen but I never thought my humble creation would land me first place in the competition,” said Alisa, who was tearing up with joy. “I’m excited to continue cooking up quick, easy and nutritious recipes with NESTUM®, and I can’t wait to share it with everyone.”

In addition to seeing her winning recipe published, Alisa also walked away with a private and exclusive cooking class with The Cooking House, premium cookware from Le Creuset, exclusive vouchers from Sen Heng, AEON and NESTUM® products, all worth up to RM28,000.

“We embarked on the campaign with the intention to reward NESTUM®’s loyal fans and to showcase how versatile NESTUM® can be as a cooking ingredient. It is a nutritious addition to recipes and we want to encourage healthier choices among Malaysians. This is in line with Nestlé’s purpose of enhancing the quality of life and contributing to a healthier future,” said Mr. Chew Soi Ping, Nestlé Executive Director of Sales, Malaysia & Singapore

“Through Empayar Sajian NESTUM®, we wanted to honour home cook enthusiasts who innovate their recipes with the clever incorporation of NESTUM®, and Alisa has done just that. She has demonstrated creativity and skill and we are excited to provide her with the platform to share her delightful dishes with everyone and inspire other Malaysians alike,” added Ng Su Yen, Nestlé Malaysia’s Business Executive Officer for Milks.

The annual cooking contest is an effort by Nestlé® to encourage avid home chefs in showcasing their creativity through quick, easy and nutritious recipes with the addition of NESTUM®’s wholesome multigrain goodness. 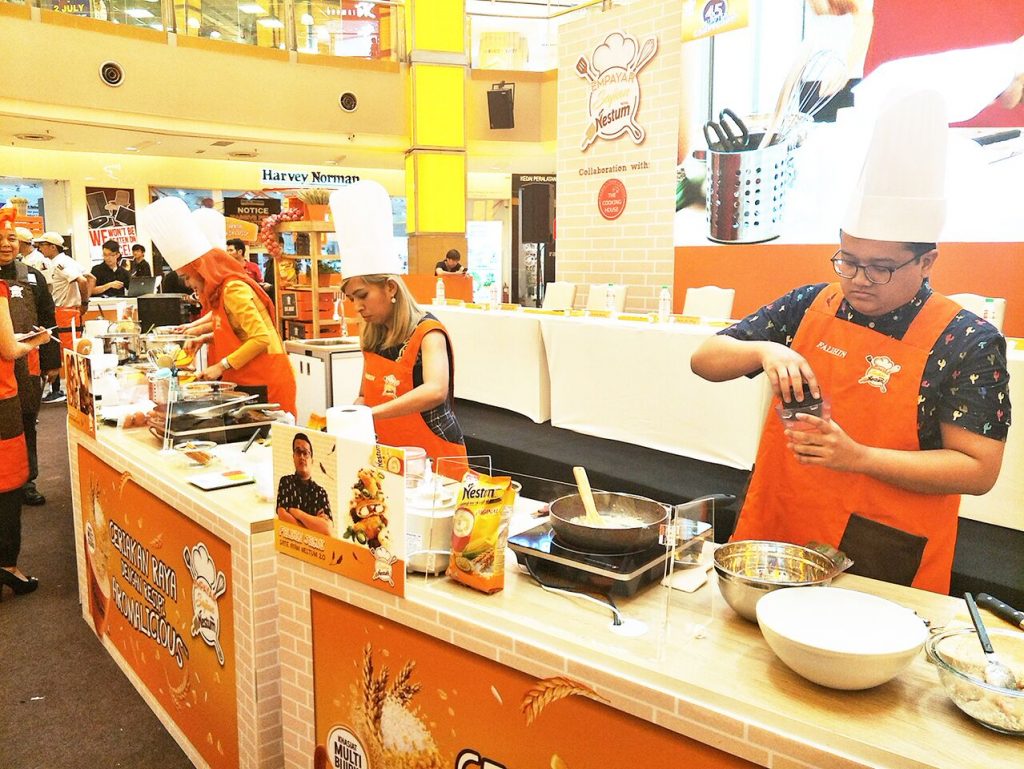 The other Empayar Sajian NESTUM® finalists ranged from various backgrounds. Seasoned home cook and food blogger Wan Rogayah or better known by her followers as Kak Wan, impressed Chef Naem with her Makmur Semolina NESTUM® Cookies; food enthusiast Zul Razak who left the corporate life to pursue his own business in food and cooking, delighted the judges with his NESTUM® Awesomeness Fruit Crumble; wedding singer from Melaka, Lauren Tan surprised the judges with her simple yet tasty NESTUM® Prawn Nuggets; and Muhammad Falihin who just earned his master’s degree in landscape architecture, was praised by Chef Muluk for his creativity shown in his unique recipe, Sate Ayam NESTUM®. 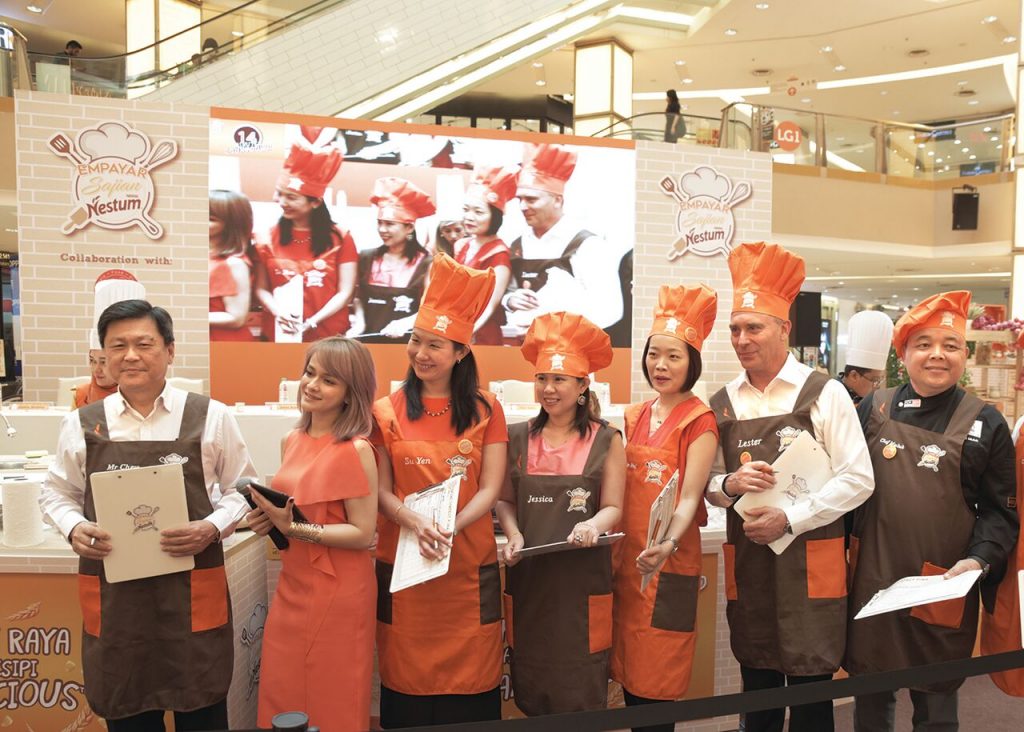 The finale was hosted by celebrity and TV host, Sazzy Falak. Besides Chef Naem, the panel of judges were consisted of various Nestlé representatives. 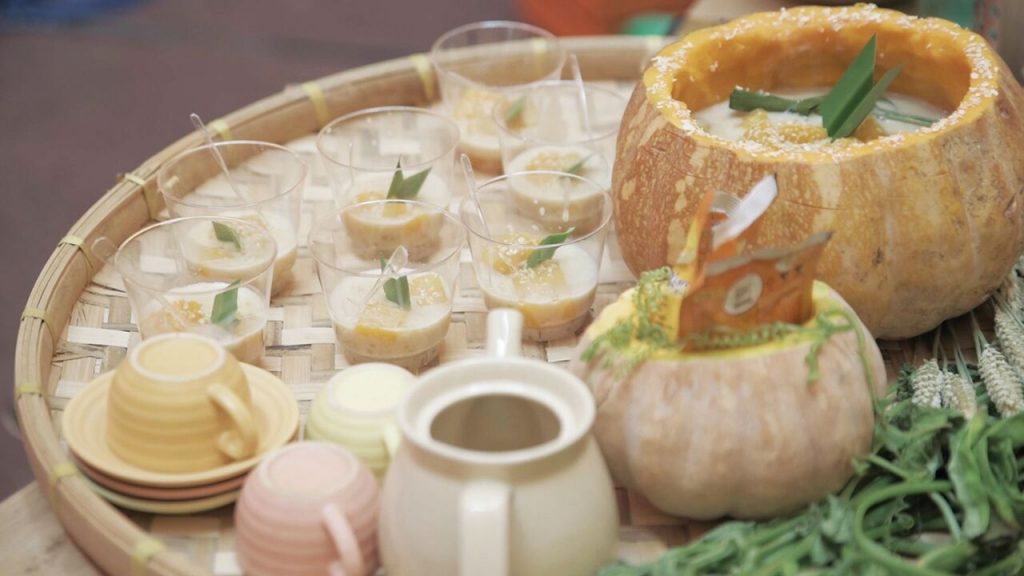 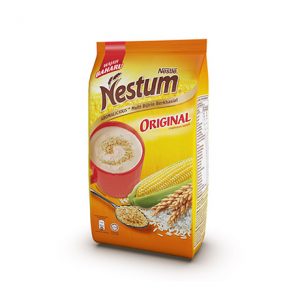 Nestlé® NESTUM® is a much-loved Malaysian brand providing delicious and nutritious multi-grain cereals to Malaysian families for more than 50 years.  NESTUM® provides a great selection of wholewheat, change to multi-grains, rice and corn and fortified with 13 vitamins and minerals for your well-being. We’ve perfected the art of encapsulating the aroma and taste in every NESTUM® flake. You can prepare it any way you want – as a drink or porridge. Add in fresh or dry fruits to make it more nutritious and exciting! 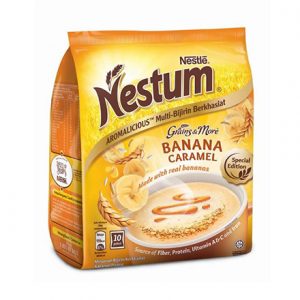