Home › Blog › Breast Cancer… Are you at risk?

Breast Cancer… Are you at risk? 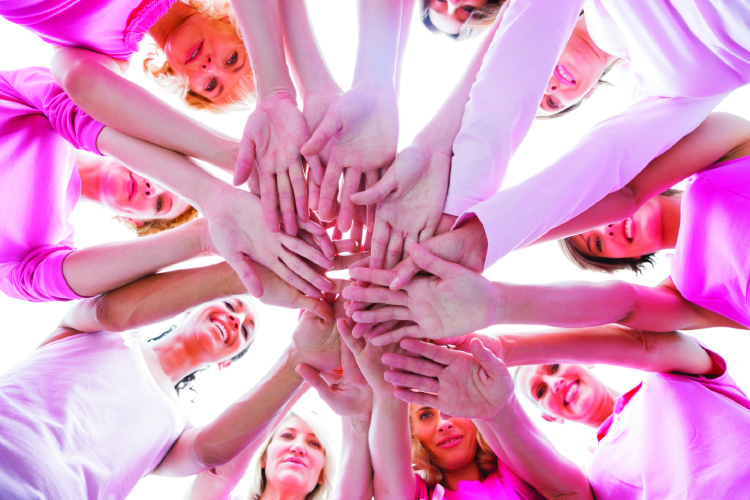 Incidence of cancer is rising yearly, and today, among women, breast cancer is the commonest cancer.

Just being a woman is the biggest risk factor for developing breast cancer. While men do develop breast cancer, less than 1% of all new breast cancer cases happen in men. Women’s breast development takes 3 to 4 years and is usually complete by age 14. It’s uncommon for men’s breasts to fully form — most of the male breasts you see are fat, not formed glands. Once fully formed, breast cells are very immature and highly active until a woman’s first full-term pregnancy. While they are immature, a woman’s breast cells are very responsive to estrogen and other hormones, including hormone disrupters in the environment.

In fact, the ageing process is the biggest risk factor for breast cancer. That’s because the longer we live, there are more opportunities for genetic damage (mutations) in the body. And as we age, our bodies are less capable of repairing genetic damage.

Women with close relatives who’ve been diagnosed with breast cancer have a higher risk of developing the disease.

Overweight and obese women — defined as having a BMI (body mass index) over 25 — have a higher risk of being diagnosed with breast cancer compared to women who maintain a healthy weight, especially after menopause. Being overweight also can increase the risk of the breast cancer recurrence in women who have had the disease.

Women who haven’t had a full-term pregnancy or have their first child after age 30 have a higher risk of breast cancer compared to women who gave birth before age 30.

When breast cells are made in adolescence, they are immature and very active until your first full-term pregnancy. The immature breast cells respond to the hormone estrogen as well as hormone-disrupting chemicals in products. Your first full-term pregnancy makes the breast cells fully mature and grow in a more regular way. This is the main reason why pregnancy helps protect against breast cancer. Being pregnant also reduces your total number of lifetime menstrual cycles — which may be another reason why earlier pregnancy seems to offer a protective effect.

Breastfeeding can lower breast cancer risk, especially if a woman breastfeeds for longer than 1 year.

Women who started menstruating (having periods) younger than age 12 have a higher risk of breast cancer later in life. The same is true for women who go through menopause when they’re older than 55. Menstruating at a younger age, the time between breast development and a first full-term pregnancy is usually longer than when menstruation happens later. During this time, breast tissue tends to be immature, overactive, and particularly sensitive to hormonal influences.

The longer a woman menstruates, the higher her lifetime exposure to the hormones estrogen and progesterone. All of these factors are associated with a higher risk of breast cancer.

Current or recent past users of hormonal replacement therapy (HRT) have a higher risk of being diagnosed with breast cancer. Before the link between HRT use and breast cancer risk was established, many postmenopausal women took HRT for many years to ease menopausal symptoms (hot flashes, fatigue) and to reduce bone loss. Since 2002, when research linked HRT and risk, the number of women taking HRT has dropped dramatically. Still, many women continue to use HRT to handle bothersome menopausal symptoms.