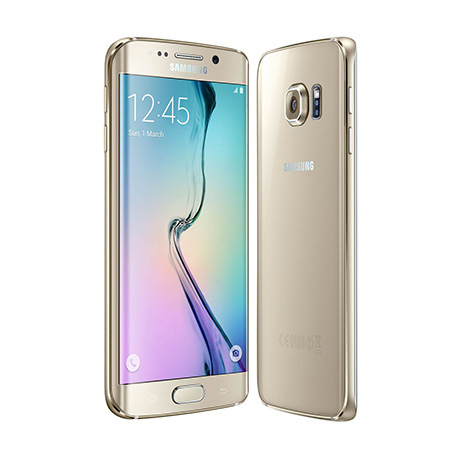 The New Year brings new innovations, and in the competitive market of mobile devices, Samsung has crafted brilliant products to catch the consumers’ eye. Introducing their latest creation, the Samsung Galaxy S6 Edge, a sleek and elegant item suitable for all. Donning both straight lines and subtle curves, the S6 Edge differs itself from the rest of its predecessors, offering superior performance, speed, and utility. Slip your very own Samsung Galaxy S6 Edge into your pocket today, while they are still up for grabs.

Overhauled lookNowadays, smartphones is one of the many ways to distinguish oneself from the rest of the crowd. Samsung worked on overhauling the look of the much cherished S series smartphones, and the S6 Edge was the outcome. Powerful, and striking, its lightweight, slender and cool metal figure sets itself apart from most. The curved glass design adds a distinctive look to its already infamous S series smartphone, one feature many would love.

Premium pixelsUsers will be entranced by the Samsung Galaxy S6 Edge’s vividly lit, 5.1-inch Quad HD Super AMOLED display. The brighter, clearer and sharper display offer improved visibility of the photos they capture, videos they watch and text they read. Colors are richer, with improved color accuracy to further captivate the user. In addition, the display passively alter the brightness according to the ambient lighting.

Timeless moments, capturedLife is accompanied by beautiful moments, with the Samsung Galaxy S6 Edge’s powerful and responsive 16-megapixel rear camera, you can hang onto those moments at all time. It is fitted with an Optical Image Stabilization to ensure those precious moments are captured in razor-sharp clarity. Those videos and still photos can be viewed immediately on its vividly lit 5.1-inch Super AMOLED display. Meanwhile, the frontal 5-megapixel camera and its wide-angle lens produce clearer images, ideal for selfies, and video calls with loved ones.

Superior video qualitySmartphones include great features, and the Samsung Galaxy S6 Edge is no different. Its 16-megapixel camera and its Optical Image Stabilization feature is great for video capture. Offering superior video quality at 2160 pixels at 30-frames per second, the videos will look fluid, and lifelike. For greater fluidity, the S6 Edge will let users capture videos at 720p at 120-frames per seconds instead! Ensuring all of the dramatic scenes are captured flawlessly.

Fast charging batteryIts’ 16-megapixel camera, 5.1-inch Quad HD Super AMOLED display, the octa-core processor needs to be powered to keep it running efficiently, and seamlessly every time it is awakened. Hence the designers and engineers from Samsung equipped a 2600 mAh battery underneath its sleek metal body. This battery charges up quicker than the rest, and supports wireless charging capabilities to keep you connected with everything you care about.

Borderless connectivityWireless technology are now the primary methods to connect your mobile devices with one another or with a network. These wireless means are improved for smoother, secured, uninterrupted and efficient transmissions of data. Connect to social media through its 4G and dual-band AC WiFi network, pair the Samsung S6 Edge to other devices or peripherals with the improved Bluetooth 4.1 and share files with other NFC enabled units. Borderless, and wireless connectivity is here.

Print and paySo many features are included in the Samsung S6 Edge, one of the most defining would be its fingerprint security feature. Rest easy knowing only your one and only fingerprint will be able to unlock your device. It is also certified to work seamlessly with PayPal, no longer will you need to key in your passwords when you can let your fingerprint to purchase items on selected websites and services. Heart-rate monitors, GPS, S-Voice, Smart Stay are some of the other features supported by the iconic Galaxy S6 Edge.