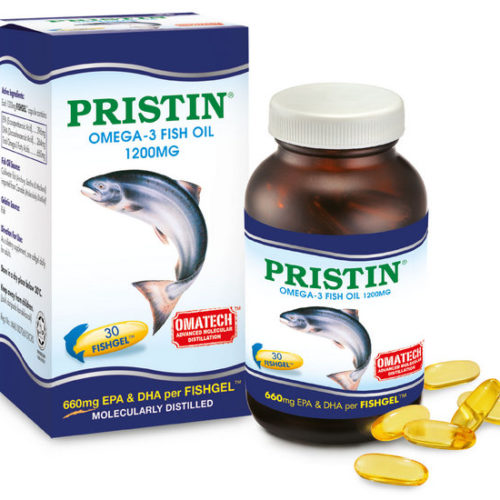 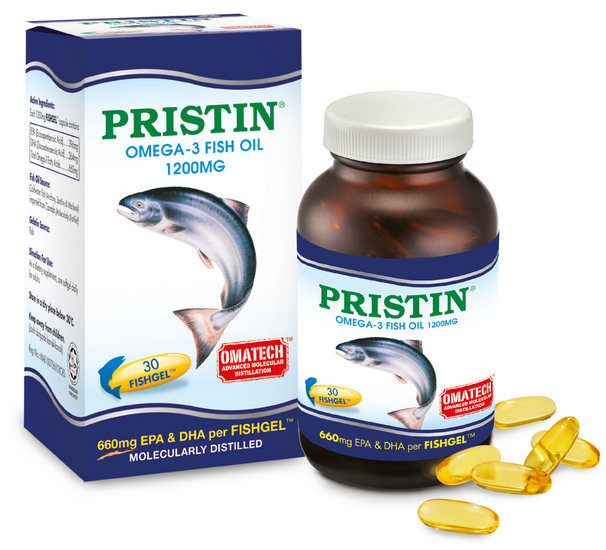 PRISTIN® is the only concentrated fish oil that is tested 100% toxin-free in parts-per-trillion because of OMATECHTM, an advanced molecular distillation technology. The fish oil is imported from EPAX AS, Norway.

According to Nielsen, PRISTIN® is Malaysia’s No. 1 fish oil for 6 consecutive years since 2008. Besides that, it is pharmacist’s most preferred fish oil based on survey done by USM.

PRISTIN® is certified Halal by JAKIM and the softgel is derived from fish gelatin. 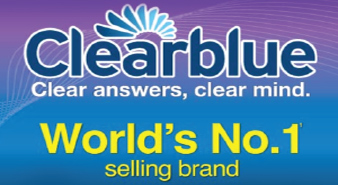 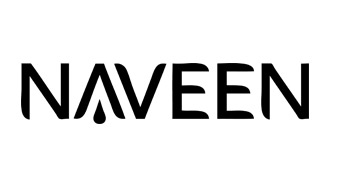