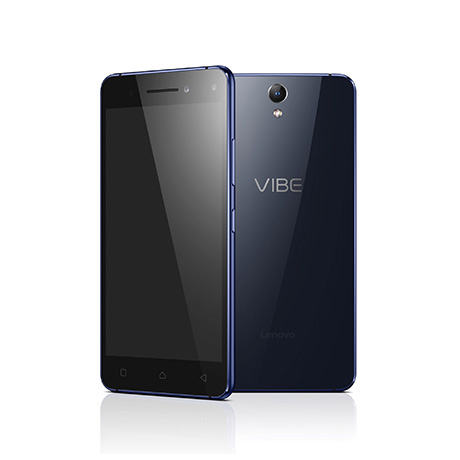 Tags: LenovoSmartphone
Display and Configuration
The Lenovo Vibe S1 Lite flaunts a compact 5.0-inch IPS LCD full HD (1080 x 1920 pixels) display and has a very sharp pixel density of 441ppi which eventually delivers razor sharp pictures. The display is protected by Gorilla glass screen which resists user marks and scratches. The smartphone is powered by 1.3GHz octa-core processor which work together with 2GB RAM and Mali-T720 MP3 graphics to make sure the users get seamless performance. The phone runs Android v5.1 Lollipop as its operating system.
Camera and Battery
The smartphone from lenovo is equipped with 13MP camera which packs a powerful punch through its BSI sensor and Digital Image Stabilisation. The camera is further enhanced by dual LED flash which makes sure that you can click sharp pictures even in low light. There is an 8MP front camera with LED flash at the front too which makes it a delight for the selfie lovers. The phone is backed by a 2,700mAh li-po battery which makes sure that users get to use the phone for ample hours.
Storage and Connectivity
The store data and files, the Lenovo Vibe S1 Lite houses an inbuilt memory of 16GB which can further be expanded up to 128GB via a microSD card which can be a substitute to an external device. The connectivity features include 4G, Bluetooth, Wi-Fi, Computer sync, OTA sync, Tethering among others.

The Lenovo Vibe S1 is targeted particularly towards camera lovers, the major feature is the presence of front flash camera. Having said that, it also consists of powerful configuration which would give great overall experience. If you are looking for a good mid-range phone then this is the one for you.