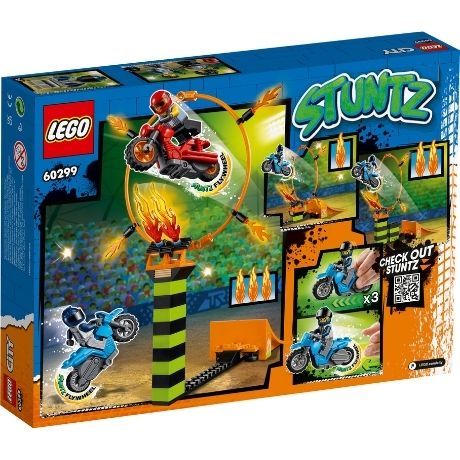 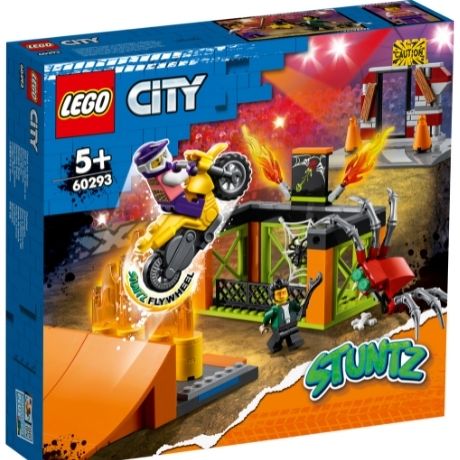 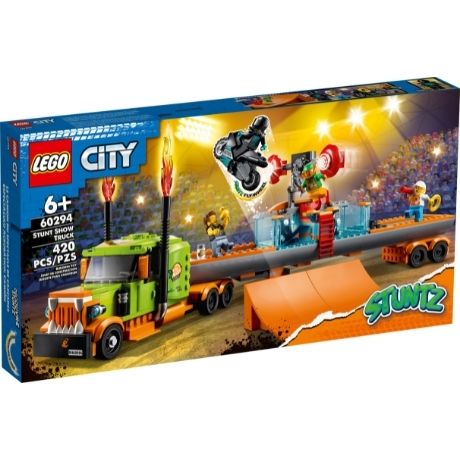 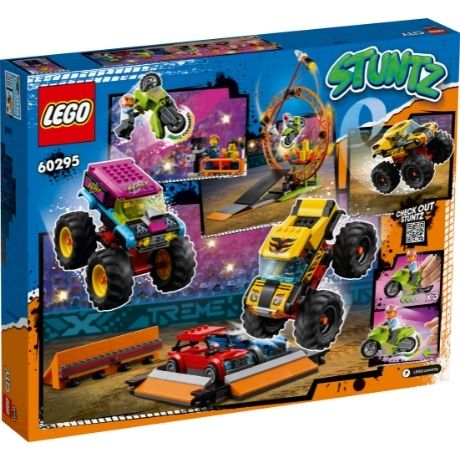 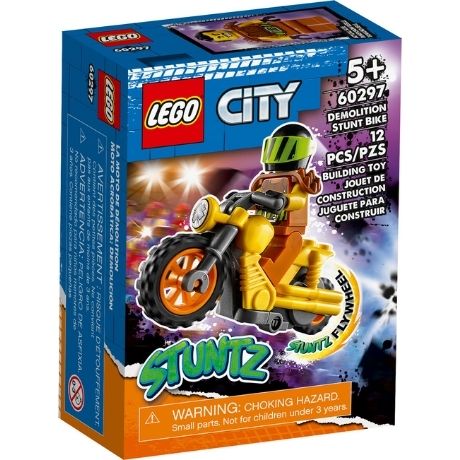 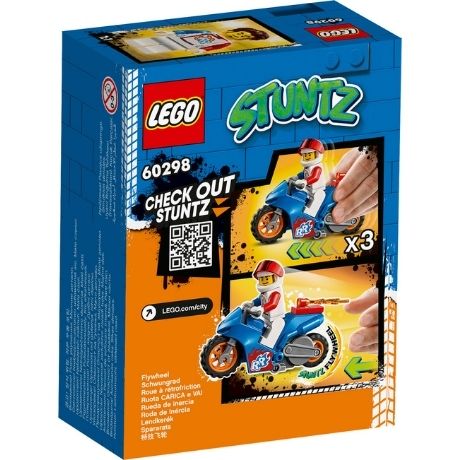 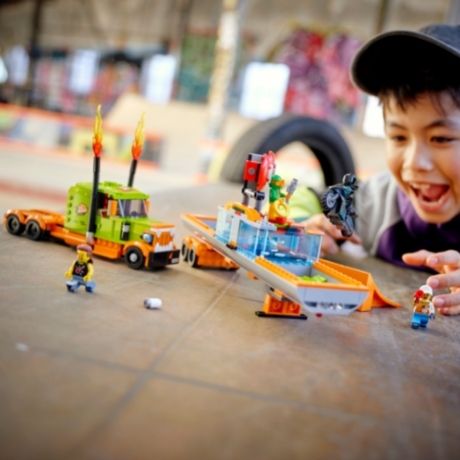 Featuring 6 new products, each set enables kids to play out real-world scenarios and decide what their heroes do, giving them the ultimate opportunity to be in control of their own stories and adventures. New features include launch ramps, flywheel stunt bikes, obstacles, building LEGO flames and more endless challenges, competitions and performances to excite even the biggest daredevil!

Stunt Park has 170 pieces and two minifigures, one of them being Tread Octane, who was introduced in 60258 Tuning Workshop. It includes a stunt bike, two ramps, and several challenges for the biker to overcome.

With 420 pieces, Stunt Show Truck is the second biggest set. It comes with four minifigures, a stunt bike, and a truck to transport ramps.

The biggest set of the series is Stunt Show Arena, with 668 pieces. A total of seven minifigures are included, along with two monster trucks, two stunt cars, and a stunt bike.

Next is the Demolition Stunt Bike, with its rider Wallop, another character from LEGO City Adventures TV show.

Rocket Racer is the next rider, who has been appearing throughout the history of LEGO City

Smallest of the four, Stunt Competition has 73 pieces, two stunt bikes, a ramp, and a fiery chamber for the challengers to go through. Two minifigures are included in the set, and one is none other than LEGO City Police’s Duke DeTain, who has appeared in sets big and small.