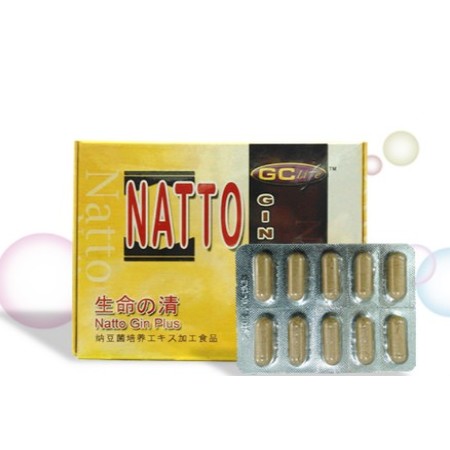 MAIN FUNCTION :
Natto is the fermented subtance of soybean. It has been consumed by the Japanese for thousands of years. From the historical record during Edo period, it is indicated that natto is a natural antibiotic and thus becomes the most characteristic national treasure food of Japan. Natto has more effective thrombolytic functions without causing any side effect, prevent stroke, inhibit celebrovascular and cardiovascular disease, fight against cancers and tumors, lower blood pressure, lower cholesterol,
antioxidation, delay aging, antibacterial effect and so on.

Consumption Recommendation: Natto is best consumed after dinner, as thrombolytic disorders such as myocardial infarction usually occurs during night time or in the morning. While thrombolytic rate is higher within 2-8 hours after natto consumption. Hence consumption of natto at night is effective to prevent onset of certain disease.