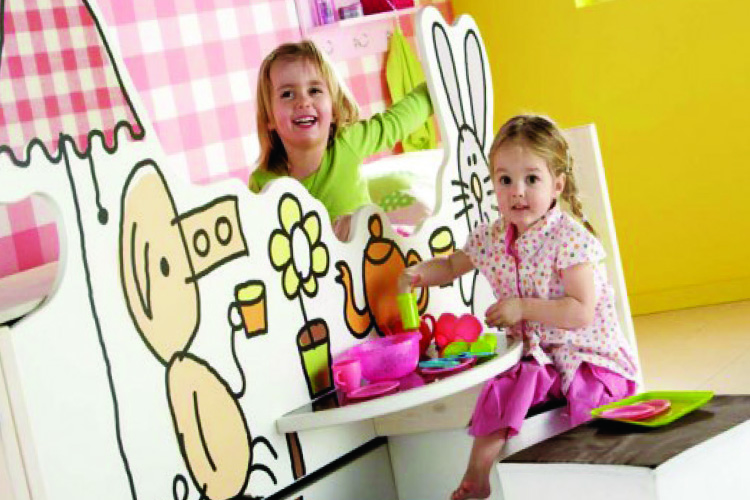 Playing is a child’s job and part and parcel of their daily lives. Through play, kids acquire various important life skills.

Play is essential to development because it contributes to the cognitive, physical, social, and emotional well-being of children. It also offers a great opportunity for parents to engage fully with their children. Play is so important for optimal child development that it has been recognised by the United Nations High Commission for Human Rights as a right of every child.

Despite the immense benefits derived from play for both children and parents, time for free play has been markedly reduced for some children. Take heed as competitiveness robs our children of pure fun and meaningful childhood.

“Parents who hover over their children, undermining their chances of engaging in unstructured play, could be doing them more harm than good.”

Peter Gray, research professor of psychology at Boston College in American Journal of Play. Gray gathered data from several studies that showed an association between the decline of free play opportunities for children in industrialised nations, and an increase in the incidence of narcissism, feelings of helplessness, depressions and suicide in children, teenagers, and young adults.

“Parents are over-organising sports and being far too protective. They also accuse the media of exaggerating stranger danger. They discuss the appeal of video games and social media websites, which have contributed significantly to the decline in free play today. If children do not take part in outdoor play, they are more likely to become overweight, suffer from health problems, and have poorly developed social skills.”

Here’s how undirected play can benefit your child:

Play allows your child to be “in charge”.

During free play, kids run the show. They practise decision-making skills, move at their own pace and discover their own areas of interest. When play is controlled by adults, they are told what to do, and how to do it, losing some of the benefits play offers them, particularly in developing creativity, leadership and group skills.

Play helps children learn about the world in which they live.

It is through play that young children engage and interact in the world around them. They can examine and discover, experiment their theories, explore cause and effect, learn societal roles and family values. As they master their world, they also develop new competencies that lead to enhanced confidence and resiliency to face future challenges.

Children will often channel their energy and play with something they know they can do well, at which they can be successful. Over time, they ultimately engage and master their passions.

Infants begin playing with inanimate and non-threatening objects, such as soft toys to practise their communication skills. As they grow, they start to engage and play with other children. Undirected play allows them to learn how to work in groups, to share, to negotiate, to empathise, to resolve conflicts, and to learn self-advocacy skills.

The interactions that occur through play tell children that parents are fully paying attention to them and help to build enduring relationships. When parents observe or join in the child-driven play, they get to see the world from their perspective and needs as well as communicate more effectively with their children.

The benefits of dealing with difficult or unpleasant feelings are immense. For instance, a child who’s worried about visiting the dentist may deal with the anxiety by role playing with her dolls in a clinic set-up.

The number of words repeatedly used during play enhances their language and vocabulary skills.

It allows kids to grow beyond their years. They can pretend to be all sorts of things in play – a doctor, a teacher, an engineer and even a king!

It has been shown to help children adjust to the school setting and even to enhance their learning readiness, behaviours and problem-solving skills.

Like adults, children like varieties and will often change from one type of play to another, using different toys, within a short period of time. Generally, there are six types of play with each contributing to a child’s overall development.

Occurs when a child expresses her own ideas and feelings to make something that is originally her work. For instance, drawing a picture, modelling an animal dough or building a house with blocks. A young child expresses her feelings and ideas by painting and drawing, rather than through words as their vocabulary and speech are still limited. As the child grows and becomes more skilled with words, she may then be able to write a story, poem or play.

Enables a child to find out about things in terms of colour, shape, size and texture.The child will also discover the cause and effect; that things can be broken and what she should do to take care of her possessions.

Is pretend or fantasy play. Often an activity to imitate adults’ behaviours, the child imagines that she is someone else or an animal such as a rabbit or dog. This helps the child to understand more clearly about the ways others behave.

Involves hand skills where the hands, eyes and brain are being trained to coordinate and synchronise together. Babies become increasingly skilful with their hands as they play with rattles, soft toys and other objects. Later on, they benefit from playing with toys like modelling dough or finger painting.

Takes place when a child is actively moving around – running, jumping, climbing, crawling, balancing, swinging, throwing a ball, and so on.

Takes place when children play together. It teaches them to cooperate, to share, and to negotiate. It also teaches them that unacceptable behaviours such as cheating and lying lead to isolation and loss of friendship. It’s normal for children to quarrel during social plays. In doing so, they learn about each other’s reactions and how to empathise and resolve conflicts.