What’s So Harmful About Free Radicals? 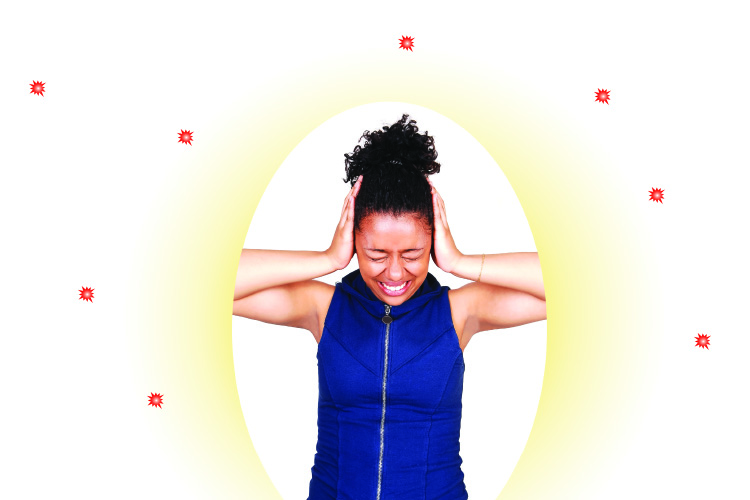 The last century has been marked by the triumph of prolonging life and we were satisfied with an increase of life expectancy, which increased by more than 50% in the last 100 years. The development of antibiotics, vaccines, safer water, better sanitation and personal hygiene have defeated most infectious diseases.

Life has been prolonged and acute disease is not anymore the major cause of death. Today one dies from chronic disease, degenerative diseases, metastatic cancer, immune deficiencies and other diseases which prolong disability, immobility and dependency, and make dying a long painful and expensive procedure. Therefore despite the enormous medical progress during the past few decades, 25% of life expectancy after 65 is spent with some disability and the last few years of life are accompanied by a further increase of incapacity and sickness.

The question than arises what causes aging and the increase in disability and disease as we get older. Of all the theories of aging the “Free Radical Theory of Aging” has stood the test of time. This theory was first proposed by Prof. Denham Harman in 1954; and postulates that aging results from an accumulation of changes caused by reactions in the body initiated by highly reactive molecules known as “free radicals”. The changes induced by free radicals are believed to be a major cause of aging, disease development or death.

The body’s cells use oxygen to produce energy. In the process, oxygen sometimes reacts with body compounds to produce highly unstable molecules known as free radicals. In addition to normal body processes, environmental factors such as radiation, pollution, tobacco smoke, and others can act as oxidants and cause free radical formation. The trouble begins when free radicals in the body exceed its defenses against them, a condition known as oxidative stress.

A free radical is a molecule with one or more unpaired electrons. An electron without a partner is unstable and highly reactive. To regain its stability, the free radical quickly finds a stable but vulnerable compound from which to steal an electron. With the loss of an electron, the formerly stable molecule becomes a free radical itself and steals an electron from some other nearby molecule. Thus an electron snatching chain reaction is under way.

Unopposed, free radicals are like sparks, starting wildfires that lead to widespread damage by oxidative stress. Free radical damage commonly disrupts unsaturated fatty acids in cell membranes, damaging the membranes ability to transport substances into and out of cells. Free radicals also cause damage to cell proteins, altering their functions, and to DNA, disrupting all cells that inherit the damaged DNA.

Its an exaggeration to say that the connections between oxidative stress and diseases are endless, but today’s research has identified links with the development of over 200 diseases. Among them are age related blindness, arthritis, some cancers, diabetes, alzheimers, parkinsons disease and kidney disease. In diabetes, oxidative stress reduces cell membrane responsiveness to insulin and damages arteries and kidney tissues, producing severe vascular and kidney disease. Uncontrolled diabetes, in turn, causes more oxidative stress, creating a cycle of worsening disease. Even the effects of physical aging are the result of years of free radical damage.

Free radicals are not all bad. In fact their destructive properties are put to good use by some cells of the immune system. These cells make free radicals, to use as ammunition in an “oxidative burst” that lays waste to viruses and bacteria that might otherwise cause diseases.

This is not an exhaustive list but it gives you an idea of the environmental factors involved.

The body’s defences against free radicals

The body’s two main systems of defense against damage from free radicals are its reserves of antioxidants and its enzyme systems that oppose oxidation. These defense systems try to handle all free radicals, but they are not hundred percent effective. If insufficient radical fighting agents are present in the body, if free radicals become excessive, or if the body’s repair systems cannot undo all the damage, health problems may develop. Unrepaired damage accumulates as people age.

The body maintains pools of the antioxidant vitamins: vitamin E, vitamin C, and the vitamin A precursor beta carotene. These vitamins actively scavenge and quench free radicals, becoming oxidized (and inactive) themselves in the process. Once oxidized, they can to some extent be regenerated to become active antioxidants again, but some are dismantled and discarded. Free radicals attack the body continuously, so to maintain defenses, a persons supplies of antioxidants must be replenished as rapidly as they are used up. If extra antioxidants are present in the tissues, than free radicals are less likely to damage the cells.

Today I advice my patients to have a free radical test done. If the levels are high, I advice them on lifestyle measures like increasing their fruits and vegetable consumption, decreasing stress, exercise programme, avoiding toxins and pollutants, avoid tobacco smoke including passive smoking, stop alcohol, etc.

I then repeat their test in a month and inspite of the above measures, if the result is still high, I then start them on an antioxidant programme, individualized for that person and monitored monthly until the levels are normal and then three monthly.

I believe free radical management is just like managing diabetes or hypertension or high cholesterol. It is an objective management by a trained individual who understands that prevention is still better than cure. With new advances in biotechnology living to be a healthy 100 will be the norm rather than an exception in this millennium. Like the WHO motto says “Prevent the preventable and Delay the Inevitable”.