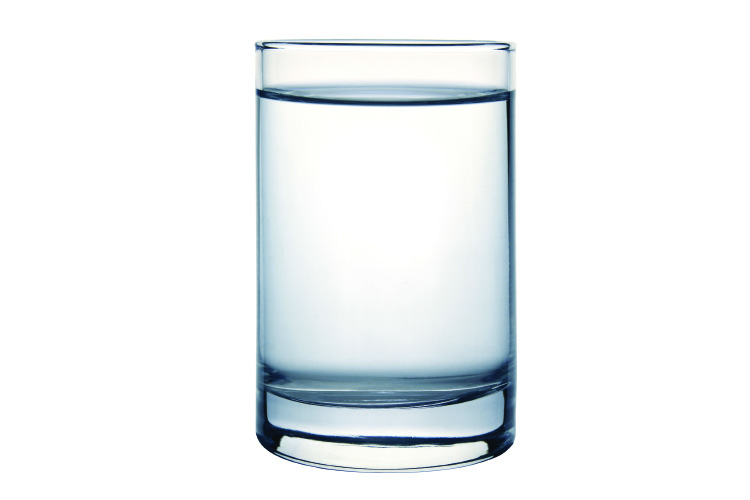 Although the International World Water Day is only celebrated once a year, the crucial importance of water goes beyond any designated date.

HOW DOES WATER SCARCITY AFFECT OUR FOOD SECURITY?

Water scarcity already affects every continent and more than 40 percent of the people on our planet. By 2025, 1.8 billion people will be living in countries or regions with absolute water scarcity, and two-thirds of the world’s population could be living under water stressed conditions. The lack of water limits farmers’ ability to produce enough food to eat or earn a living. South Asia, East Asia and the Middle East for example are already close to their resources limits, and their population is still growing.

Not a pretty sign isn’t it? At this point, in celebration of International World Water Day, would you want to know how much water goes into producing the foods that we consume?

HOW MUCH WATER IS NEEDED TO PRODUCE OUR FOOD?

All the food from crop and livestock production, inland fisheries or aquaculture, forest products, requires water. This water comes from rain and moisture stored in soils (green water) or from withdrawals in watercourses, wetlands, lakes and aquifers (blue water).

This makes the water footprint of animal products particularly important. Fish production from rivers and, increasingly, from aquaculture contribute about 25% to the world’s fish production and aquaculture is the fastest growing food producing sector: the average annual per capita supply of fish from aquaculture has increased at an average rate of 6.6% per year between 1970 and 2008. Both fisheries and aquaculture require a certain quantity and quality of water in rivers, wetlands, lakes and estuaries and are therefore important water users.

See the chart below to know how much water goes into the production of our food. 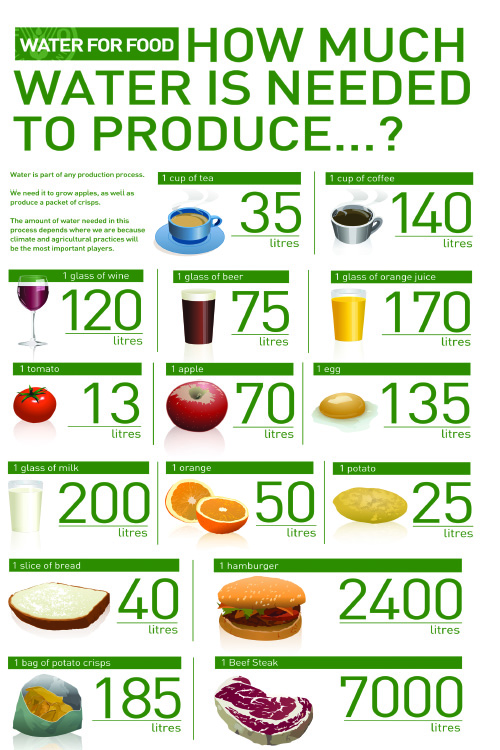