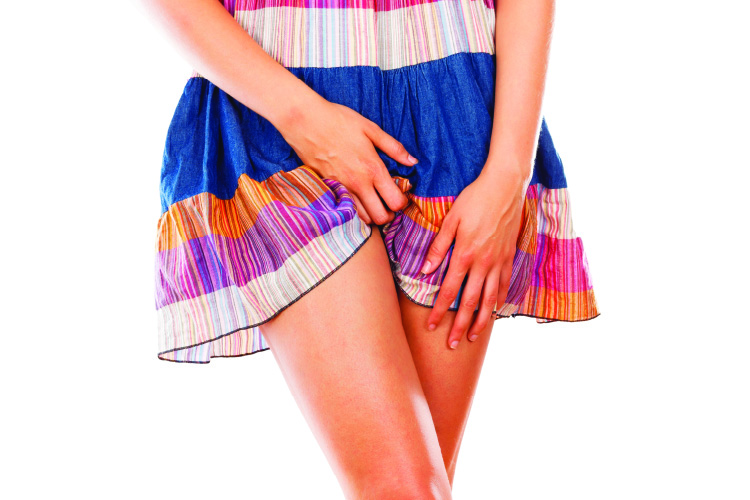 Vaginal Infections, also known as vaginitis, as the name suggests, are inflammation of the Vagina, causing discharge, odour or itching. As vaginitis can be caused by several factors, it is difficult to diagnose. Once identified, it can be controlled with medications.

The Vagina controls its own temperature, normal bacteria found and hormonal balances. When this system is tampered with, by antibiotics, hormones, contraceptives, douches, vaginal medication, sexual intercourse, STDs, stress, and change in sexual partners, vaginitis may occur.

Vaginitis usually originates through sexual contact, but some types like yeast infections are not caused by sexual interactions alone. It is often caused by infections and also hormonal changes, which usually happen during puberty, and also during menopause. Vaginitis is not dangerous but can indicate underlying diseases.

Three types of vaginal infections are the most prevalent. Their causes are different, but symptoms are similar. Due to this, they have different treatments:

One common mistake that many make is to assume that the inflammation is caused by a yeast infection, and try to treat it themselves. A study showed that over 70% of women treat themselves in case of vaginal infections. But these methods don’t work, and only proper medication can alleviate the problem.

First, you must see if you have a vaginal Infection by observing your symptoms, and if you do, you should consult your doctor for treatment.

Bacterial vaginosis (BV) is the most common branch of vaginitis, accounting for 50% of cases. It is caused by a change in the bacteria that usually reside in the vagina, and may cause growth of organisms such as Gardnerella vaginalis.

The main causes for this imbalance include pregnancy, intrauterine device use, and frequent douching. Sexual intercourse may also cause Bacterial Vaginosis, in case of new sexual partners. Women who rarely take part in sexual activities are usually not affected.

You cannot get BV from toilet seats, bedding, or swimming pools.

In the US, almost 16% of pregnant women have BV. Of course, this percentage varies widely as we move across different ethnicities. It starts off with 6% in Asians to 9% in whites to 16% in Hispanics and finally 23% in African Americans.

Candida Albicans is a fungus that is the main cause of vaginal yeast infection, also known as candidiasis. It is not limited to the vagina and may spread to other parts of the body if not controlled, such as the skin, mucous membranes, heart valves and the oesophagus.

Although it is usually harmless, in isolated cases it may be life threatening. This usually happens in people with weak immune systems, i. e. pregnant, diabetic and HIV infected women.

It is common enough that most adult women would suffer from yeast infection at least once in their life. Some men may still experience itching and rashes even though it cannot be transmitted though sexual acts.

This imbalance may be caused by:

Trichomoniasis is a STD (also called trich, pronounced “trick”) caused by the parasite Trichomonas vaginalis, usually affecting genital areas. The vagina is the most common infection point for women. For men, the urethra is the primarily affected organ. Infections may also be caused by allergies to spermicides, vaginal hygiene products, detergents and fabric softeners.

All vaginal infections may cause vaginal discharge, itching, and burning. While these are similar symptoms, the correct infection can be diagnosed by observing the colour and smell of the discharge.

Of course, not all discharge means that an infection is taking place. It is quite common among young women. However, there’s a difference between normal discharge and infected discharge. Usually, a clear secretion is produced, which mixes with the bacteria and other discarded cells, along with the secretions of Bartholin’s gland to give the final substance a whitish colour. It may turn yellow when exposed to air. Excess discharge may happen regularly, coinciding with the menstrual cycle.

Arousal and stress may also cause discharge. However, if you are getting a discharge with an odd colour, odd smell or in abnormally large or small amounts, then you may be infected.

During BV infection, many have reported of a strong foul smell, usually after sexual intercourse. Many women may suffer from itching, while some infected women don’t have any symptoms at all.

Candidiasis’ symptoms include a thick white discharge, along with itching and pain during sexual intercourse and urination. While men don’t usually experience candidiasis, when they do, they have an intense itching sensation on the penis.

Trichomoniasis may cause a “bubbly” discharge that has a yellowish-green hue. It may also cause itching and pain near genital areas, pain during sexual acts and an odd smell. It is a STD, so if infected it can take anywhere between 4-20 days after intercourse for symptoms to show. Men may have a white discharge from the penis and painful urination when they are infected, which they rarely are.

Other than itching, pain isn’t all that common among vaginal infections, and you should consult your doctor in case of any such pain.

If you are infected with vulvodynia, burning, stinging and irritation may be experienced. Some pain may step in from time to time. This is different from other infections, and needs additional care, which you can get by consulting your doctor.