Home › Blog › Which Type of Milk Should You Be Drinking?

Which Type of Milk Should You Be Drinking? 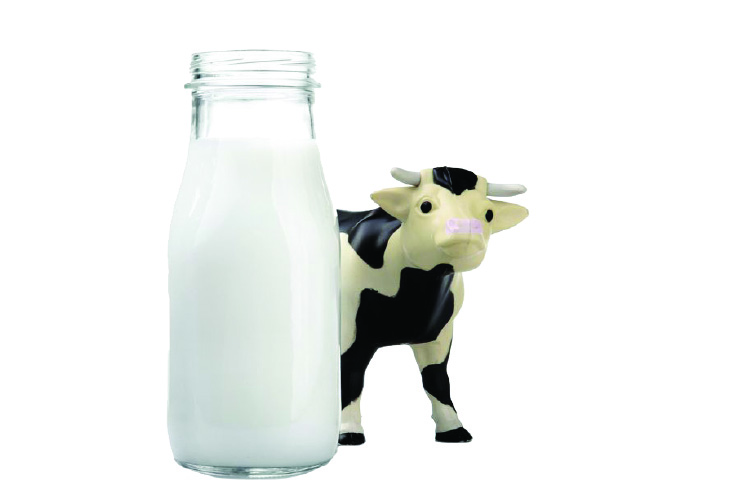 There’s a dizzying array of milk choices in the dairy section at the supermarket. Here’s how to decide which milk to buy for yourself and your family.

Yes, cow’s milk is healthy (but if you’re lactose intolerant you may want to choose one of the non-dairy alternatives below). “It’s a nutrient goldmine because it contains vitamins and minerals many Americans lack in their diet, like calcium, vitamin D and potassium,” says St. Louis-based registered dietitian Jennifer McDaniel.

Calcium and vitamin D are important because they work together to support a strong skeleton, especially as you age, while potassium helps maintain a healthy blood pressure. Plus, McDaniel points out that one cup of cow’s milk contains 8 grams of protein, something you want during breakfast. “We’re constantly pushing people who are trying to lose weight to get more protein in the morning,” she says. Not only does it up the fullness factor but also builds muscle, which is key to staying lean.

Though some say it’s unnatural for humans to drink milk from another species, McDaniel points out that our bodies have evolved to digest cow’s milk (unless you’re lactose intolerant!) “We consume a more diverse diet than any other species,” she says.

So if you’re drinking cow’s milk which should you choose?

Best for: When you’re trying to lose weight

At only 80 calories per cup, fat-free versions pack nearly the same amount of calcium, vitamin D and potassium as low and full-fat versions. The drawback? Some people say it’s unappealingly watery.

Best for: When you need more flavor

The 1 and 2% varieties offer about 100 and 120 calories, respectively, per cup. They also pack some saturated fat—3 grams in a cup of 2%—or about 15% of the daily recommended amount. If you prefer the taste over skim (and a big part of sticking to a healthy diet is loving what you eat) and don’t consume a ton of red meat or cheese, then go ahead and choose a higher-fat milk, says McDaniel.

Best for: The occasional milk drinker

It contains 5 grams of saturated fat per cup (nearly a quarter of your daily limit), but “if you’re drinking one glass a day, I see no problem in it,” says McDaniel. Though new research shows saturated fat from whole foods doesn’t have an impact on cardiovascular disease and may even offer some protection, experts still suggest limiting it in your diet. So if you want whole milk, cut back on snack foods and sweets with saturated fat.

Best for: If you’re switching your baby from breast milk to cow’s milk, since it doesn’t contain any added hormones. (All milk contains some natural hormones.)

But studies show organic isn’t necessary for any health reason, says McDaniel, though some people think it tastes better. Another perk: Research shows it contains more heart-healthy omega 3 fatty acids compared to non-organic milk, which costs less. But if omega 3s are your concern, you’re better off eating a piece of salmon for dinner, she says.

If you’re opting to ditch dairy because of digestive woes or ethical reasons, consider these:

Best for: When you want to replace the dairy in your diet

Soy is most nutritionally similar to cow’s milk. “It’s my plant milk of choice,” says Sharon Palmer, a registered dietitian nutritionist and author of Plant-Powered for Life. Per cup, it packs 110 calories and 8 grams of protein and fortified versions pack more calcium and vitamin D than cow’s milk. Plus, if you’re feeding the kiddos plant milk, Palmer recommends soy for its high amounts of nutrients children need to grow.

Best for: A low-calorie option

No doubt almond milk is popular, and it may have to do with the health halo surrounding almonds. Plus, says McDaniel, in taste tests, many people say they prefer almond milk to regular cow’s milk. Almond milk is made by soaking almonds in water, blending and straining, a process that leaves little protein from the nut behind. That’s why drinking almond milk is not the same as eating a ton of nuts. Compared to an ounce of almonds (23 whole ones), which contains 6 grams of protein, a cup of almond milk only has one gram of protein, so you could be seriously missing out.

Using unsweetened almond milk in a smoothie or bowl of oatmeal is good if you’re watching your calories, since one cup may be as low as 30 calories. But focus on getting other sources of calcium and vitamin D (like sardines, fortified juices and leafy greens) to make up for what almond milk lacks.

Best for: If you have food allergies

You’re less likely to have a reaction from rice milk than from soy or nut milks. Plus, the flavor is mild, which some people prefer, says Palmer. But like almond milk, it’s low in protein with only 1 gram per cup. It’s also higher in natural sugars and carbs than other milks, and flavored varieties add more sugar still. “Unless you’re allergic to the other choices, I wouldn’t recommend this plant milk as your go-to,” says Palmer.