The TRUTH about Potatoes, Glycemic Index, and “White Foods” 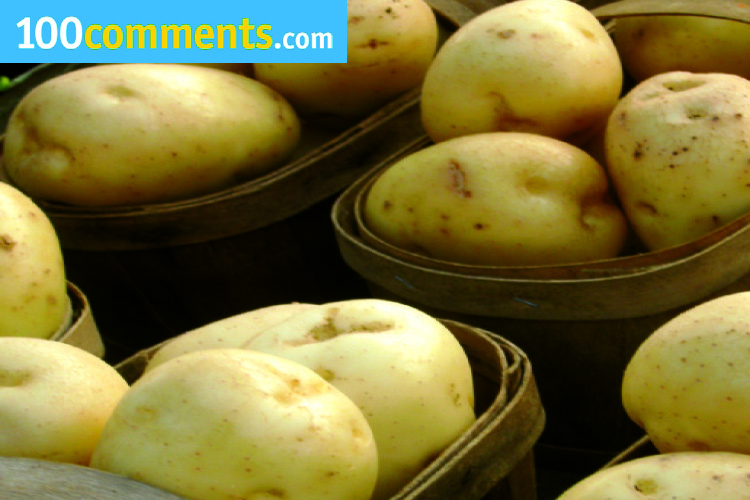 I’d like to start a little discussion today about carbohydrates… and in particular, “white foods” as well as potatoes. One reason I wanted to mention this is because so many health and fitness professionals trash talk potatoes about being a bad carbohydrate choice because of the high glycemic index. Some even say such ridiculous things as “avoid any and all white carbohydrates”.

Ok, now while I certainly agree that white bread and refined white sugar are two of the worst things we can be feeding our bodies, I definitely don’t agree with avoiding any and all “white carbohydrates”. Now I know all of the buzz lately has been about colorful foods and the protective antioxidants that they contain. They tell you to focus on colors and stay away from white.

It’s true that colorful foods are great, but it is a big mistake to specifically avoid white foods! There are plenty of white foods that have specific nutrients that are hard to find elsewhere. Let’s look at a few examples…

What about onions and garlic? They are both white and they are chock full of protective phytonutrients, vitamins, and trace minerals that aren’t easy to find elsewhere in a normal diet… such nutrients as allicin, quercetin (an important flavonoid), chromium, and other unique anti-inflammatory nutrients.

Another example of something white that is great for you is cauliflower. Cauliflower is loaded with vitamin C, fiber, minerals, and special compounds such as glucosinolates and thiocyanates, which are specifically abundant in cruciferous vegetables such as broccoli, cauliflower, and cabbage. And a little-known fact is that some of the compounds in cruciferous vegetables help to combat other estrogenic compounds in our food supply and environment and can help prevent excess belly fat. So eat up on that cauliflower!

Not many people realize this, but surprisingly, even white mushrooms have high levels of unique nutrients and antioxidants. White mushrooms are high in a couple types of antioxidants called polyphenols and ergothioneine.

Now that also leads us to another example – white potatoes (which by the way, can also be found in red, yellow, purple varieties, etc). Many health professionals claim that potatoes are a bad carbohydrate because they are thought to have a high glycemic index. First of all, if you’ve read my Truth about Six Pack Abs book, then you understand that glycemic index is not necessarily the most important factor in choosing your carbohydrates.

While a generalization can be made that most low glycemic index carbohydrate choices will help you lose body fat easier than high glycemic index choices, it is not all that it’s cracked up to be. There are many other factors that determine how your body will react – to and process the carbohydrates you ingest, such as glycemic load and also how you combine the high GI food with other foods.

Not to mention that watermelon is also a great source of vitamins, minerals, and lycopene. There’s just no reason to avoid it simply because it has a high GI. My point is… candy bars, cupcakes, and donuts make you fat… NOT watermelons, carrots or potatoes… French fries excluded of course.

Also, as I mentioned, food combinations are important in how your body processes the carbohydrates and the associated blood sugar and insulin response you receive. For example, if you mix a high glycemic index carbohydrate with an extra source of fiber, healthy fats, or even certain proteins, many times the blood sugar and glycemic response will be slowed down considerably by the way you combined the food. Again, I talk in detail about this entire topic in my Truth about Six Pack Abs book

Alright, so back to my point that white potatoes are actually a healthy carbohydrate as long as you eat them in the right form… with the entire skin, and please don’t ruin them by deep frying them into french fries either! French fries are one of the most evil things ever invented for your health, but only because we ruin them by soaking them in a scorching bath of trans fats in the deep fryer from the hydrogenated oils that are typically used.

Keep in mind that potatoes contain so many vitamins and minerals that the list is way too long to even try. Also, as long as you eat the skins, you get a decent shot of fiber too.

Will 7-9 potatoes per day make you fatter?

On the topic of potatoes not being so bad after all, I don’t remember where I saw this referenced, but I recently saw a particular study that had participants eat something like 7-9 whole potatoes per day for several weeks.

At the conclusion of the study, the potato eaters had actually consistently lost weight! I’d venture a guess that the reason the people lost weight is that they were probably so full from eating all of those damn potatoes, that they actually consumed less calories than normal! An average sized potato only has about 100-120 calories, and I can surely imagine you’d be full constantly from eating 7-9 potatoes each day.

Of course, this does NOT mean that french fries are ok to eat! Those will only make you fat, and the trans fat will lead to an early death. Seriously… fries are one of the most deadly foods in our food supply. Plus, deep fried potatoes build up acrylamides from the frying oil reacting with the starch, and these are carcinogenic.

Anyway, back to the 7-9 whole potatoes per day… Now I would never recommend going to those extremes, but my point is that an occasional potato is not going to hurt your efforts to get lean, especially if you combine it with some other fibrous vegetables and maybe a healthy fat and some protein. On that note, I have one of my favorite recipes for you, using potatoes. 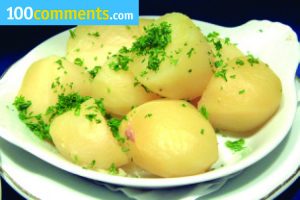 Author of the best-seller: The Truth About Six Pack Abs