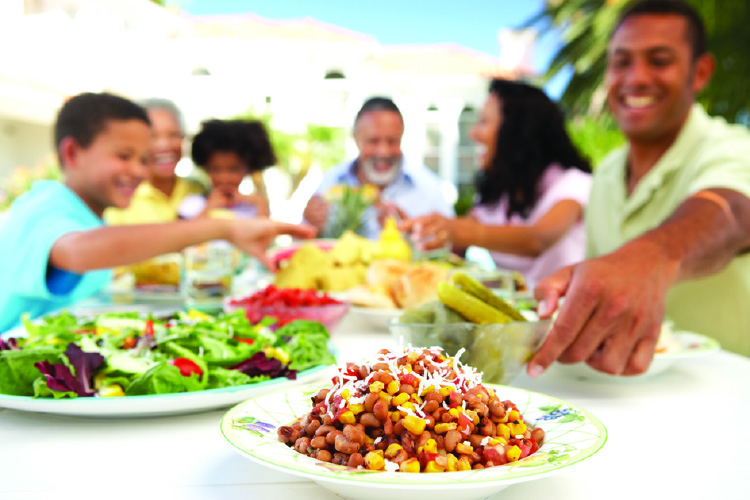 Trying to lose weight but can’t see the results? You must be following all the wrong diet myths without knowing it. And who can blame you when you’re bombarded with seemingly new, and most often confusing, information on what is the best way to shed those extra pounds. And it’s not that all this weight-loss advice is useless or even unhealthy. It’s just that one person’s diet secret may not work for you. So it’s important to know the truth behind common diet tips. Here are some popular weight-loss myths and the facts.

You’re probably not even hungry right after you wake up, let say at 7 a.m. You don’t have to jump start your metabolism by immediately eating a big breakfast. According to Madelyn Fernstrom, director of the weight management centre at the University of Pittsburgh Medical Center, you simply have to structure your eating throughout the day, so you’re not too hungry later on. It’s best to eat within three hours of waking. If you get up at 7 a.m., eat something by 10 a.m. If you don’t eat in the morning, you will be too hungry when you finally have a meal, and then you’ll likely overeat. End of the day, your total daily calories is what matters.

Once again, it’s all about calories, and eat when you want to maintain calorie intake, says Madelyn. You can eat three times a day or six times a day, as long as you have the same caloric intake. However, you should have at least three meals a day. That structures your daily eating, so that you don’t become too hungry. Some dieters prefer to have more structure and limit themselves to three meals in a day and no in-between-meal snacks. Others are more comfortable having small, low-calorie snacks between their main meals. What counts is the total number of calories.

Low-fat or no-fat diets are good for you

Award winning dietician and nutritionist Lyndel Costain says: “People tend to think they need a low-fat diet to lose weight, but you should still have a third of your calories coming from fat.” The body needs fat for energy, tissue repair and to transport vitamins A, D, E and K around the body. As a guideline, women need 70g of fat a day (95g for men) with 30g as the minimum (40g for men). There’s no need to follow a fat-free diet. Cutting down on saturated fats and eating unsaturated fats, found in things like olive oil and avocados, will help.

Doing it the wrong way can also make you feel rotten and unhealthy. Truth is, you need carbs for energy. And, like with fats, some are better than others. Experts suggest a minimum of 130 grams of carbs a day – a far cry from low-carb diets that start with 20 grams or less. Short-term effects of such diets include fatigue, constipation and irritability; long term, you could be putting yourself at risk for heart disease and colon cancer. What may matter most is how refined the carbohydrates are. The best idea is to cut back on refined carbs such as soda and foods made with white flour, while loading up on healthier carbs like whole grains, fruits, and vegetables.

Claire MacEvilly, a nutritionist at the MRC Human Nutrition Research Centre in Cambridge, explains: “Losing weight over the long term burns off fat. Crash dieting or fasting not only removes fat but also lean muscle and tissue.” The loss of lean muscle causes a fall in your basal metabolic rate – the amount of calories your body needs on a daily basis. This means your body will need fewer calories than it did previously, making weight gain more likely once you stop dieting. It’s also why exercise is recommended in any weight-loss plan to build muscle and maintain your metabolic rate. Fasting can also make you feel dizzy or weak so it’s much better to try long-term weight loss.

The more you cut calories, the more weight you’ll lose

That can actually hurt you. Cut your calories too far – below 1,200 a day – and you’ll decrease your metabolism and muscle mass. To get the most out of the calories you do eat, choose whole foods such as produce, fresh meat and fish, and whole grains that are as close to their natural state as possible. They have a higher ‘nutrient density’ than refined foods, because they pack more vitamins and minerals into fewer calories.

Many diets tell you not to eat after a certain time in the evening. They say the body will store more fat because it is not burned off with any activity. Calories don’t know time. It’s not when you eat that’s important, but the total amount you consume in a 24-hour period. Lyndel Costain says, “It is true that people who skip meals during the day, then eat loads in the evening are more likely to be overweight than those who eat regularly throughout the day. This may be because eating regular meals helps people regulate their appetite and overall food intake.”

The less fat you eat, the better

Christine Rosenbloom, PhD, RD, CSSD, nutrition professor at Georgia State University, says, “For some people, counting fat grams can work for weight control, but it isn’t the be-all end-all for people,” People with heart disease, diabetes, and metabolic syndrome may benefit from adding a little healthy fat – the monounsaturated kind – and cutting back on carbohydrates. But they shouldn’t increase their overall fat intake – just swap saturated fat for monounsaturated fat.

To eat less sodium, avoid salty-tasting foods and use sea salt in place of table salt

Your sense of taste doesn’t always notice sodium, and sea salt or other gourmet salts aren’t healthier than table salt. “Just because it doesn’t taste salty doesn’t mean that it isn’t salty,” Rosenbloom says. She says many processed foods contain a lot of sodium – check the label. Sea salt, Rosenbloom adds, contains slightly less sodium per teaspoon than table salt only because sea salt is coarser, so fewer grains fit into the teaspoon.

“Whole grains are a healthy choice, but you needn’t ditch refined grains. “You can have some of each,” Rosenbloom says. She adds that enriched grains – refined grains with certain nutrients added (such as wheat enriched with folic acid, an important nutrient for preventing neural tube birth defects) – have some perks. Enriched grains generally are going to have more folate, thiamin, riboflavin, niacin, and iron. The whole grains usually have more fibre, vitamin E, selenium, zinc, potassium – so there’s kind of a trade-off,” Rosenbloom says.

Well, that’s just 10 diet myths for now. Imbibe in the ones you’ve believed as truth all this while. We will come back with another 10 myths in our next issue.