Toddler Tales: The Joys of Parenting 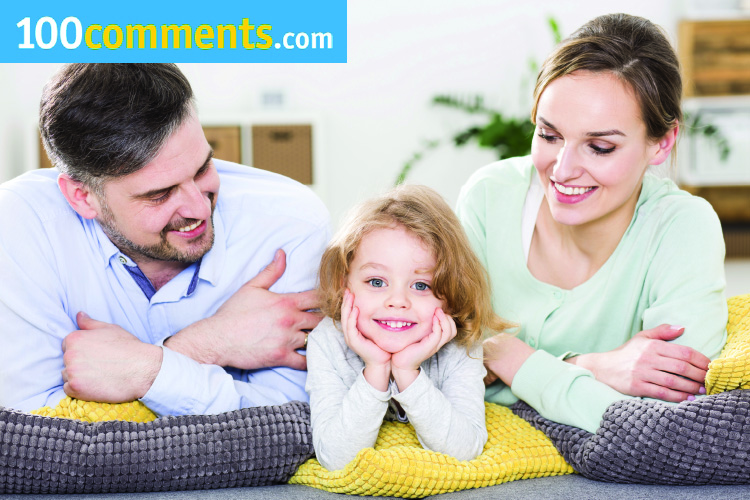 Parenting is one of those things in life that cannot be explained, for it has to be experienced to be understood. It’s an exceptionally rewarding experience for sure, but still, never let it be said that parenting is always easy, either!

When you’re a parent, you’ll soon see that just as you thought you’ve overcome one exhausting developmental stage, another rears its head to laugh at your confidence, for it comes with the package that your baby will grow, learn new skills and challenge your patience in parenting as you rush to cushion falls or stop possible disasters involving clumsy little hands and feet.

Bringing up a toddler is no walk in the park and this can be proven by taking yours to a park or playground. The first visit to a park or playground is easy as baby is snuggled in your arms and is contented to just watch as other little kids play, run and climb all over those playground apparatus. Oh yes, at this initial stage it may be a fun, albeit peaceful experience for the both of you.

As baby grows older, he’ll not be contented just to watch others have all the fun, especially when there are slides to whoosh down, swings to be pushed on, tunnels to crawl through and see-saws to bounce on! In the beginning as your little one is experimenting with his own capabilities and is trying to gain control of his motor skills, it may be fun to watch, especially if he himself is not the adventurous type. In fact, you may even feel compelled to partake in some activities and encourage him to go further.

Aaah… but fast-forward to a year after that and that same visit to the park has quickly turned into a hectic, tiresome challenge.

Watching your little one running haphazardly is now a torturous affair, because every few minutes he’ll need rescuing from all forms of entrapment and possible accidents. He’ll also want you to watch as he performs yet another slide stunt, bounce on the end of the see saw and, yes, he’ll want you to push him yet again on the swing!

The inquisitive stage of toddlerhood

Toddlers are, by their very nature, inquisitive little beings, and there should be nothing more gratifying than encouraging and helping them to learn about the world around them. Unless, of course, if you’re pressed for time and in a hurry to get things done, for then it can be downright tiring and not to mention, distracting!

In any case, be ready for broken schedules most of the time, for more often than not, even a walk to the store which should take 10 minutes could turn out to be a half-hour journey.

This is because as loving, responsible parents, you’ll feel compelled to stop and inspect every single things that catches junior’s eye en route — regardless of whether it may be of interest to you or not. Plus, you must enthuse equally about twigs, leaves, ants and bikes.

You must also take the time to follow a random neighbourhood cat in the opposite direction to the one in which you are going, because as a good parent, you want to lovingly oblige if junior wants to get a closer look at that cute kitty. Of course, you’ll also want to prevent the inevitable meltdown if you don’t, but who cares about that, right?

Toddlers have really impressive imaginations too as you’ll soon learn. It’s really nice when your little one gets to the stage of playing make believe and creates scenarios after watching something on TV. You watch in wonder and amazement as his little imagination takes flight, and you can’t help but feel proud of his ability to imagine such scenes and play them out too!

… And then, he invites you to join in.

At first you’re honoured to be included in this clever little one’s world of make-believe games. You’ll be ever-willing to settle down comfortably on the floor, ready to play the role you’re given. Until of course, reality sets in and you realise that he is actually more clever than you gave him credit for and seems to know exactly what he wants from this little game!

Other rules can involve you hiding in ridiculously small spaces, playing for no less than 30 minutes, and emptying all cupboards for the purposes of props.

You may wonder why do changes like these happen, for it was just a few months ago when junior seemed so easy to please.

Well, as a child’s vocabulary grows, so does their ability to use it in context — and with that, life supposedly gets easier… for them!

For example, the first time they say ‘more’ or ‘again’, you feel grateful that they’re appreciative of the funny face you’ve pulled, food you’ve served, or puzzle you’ve completed. After a few weeks, that excitement dies and you wonder why was it necessary for junior to master those words in the first place.

The same can be said for the “WHY?” stage. The first time you hear it, you embrace the opportunity to share your knowledge with your eager-to-learn child.

Later on, when whatever answer you give is neither long enough, detailed enough or satisfactory enough, there’s only one person asking “WHY?” … and that person is you, e.g. “Why don’t you just go play quietly and let Mummy rest?”

Now, we come to reading the same stories over and over again.

We’re already aware that reading to your child is a valuable and wonderful experience, and there are many books on the market that cater for all tastes and fancies. However, things can get pretty exasperating (or boring) when your child takes a liking to one book in particular, and insists on you reading it to him over and over again!

Yes, repetition is good for a child’s development, but what used to be a time of bonding over a story might eventually turn into a one-sided race to get to the end, for you already know the caterpillar is very hungry, and by now you know by heart all that he eats along the way and also that he’ll eventually turn into a beautiful butterfly and will fly off into the sky. Junior however, seems to not mind getting to know all that repeatedly as if they were new information.

Plus, there’s nothing more daunting that a tiny pair of eyes judging you on your lack of enthusiasm while reading a story which you should be a pro at by now.

And now… what about movie and character thrills?

Much like stories, our little ones do have a tendency to get attached to certain movies and characters too, very quickly and with much dedication.

For example, do you remember the first time you watched Trolls or Frozen together? Remember how catchy and addictive the theme songs were? Surely you felt at least a little bit enthused when your little one insisted on singing along and mimicking the characters involved?

It doesn’t end there, does it? You can’t go anywhere without junior insisting to be dressed as his favourite character and it’s not unusual either for amused shoppers to turn their heads to your direction as your little ones croons his favourite theme song at the top of his voice!

At the end of the day, as any parent can testify, it’s all worth it!

For every torturous trip to the playground or re-reading for the same old storybook, there’s a warm, loving cuddle that no amount of money can buy. There’s also a genuinely pleased smile from your little one as you walk into the room for that night-time ritual. It’s these things and more that keep you going and refill your enthusiasm to do it all over and over again!

They won’t last though, so do cherish these moments as they come along!