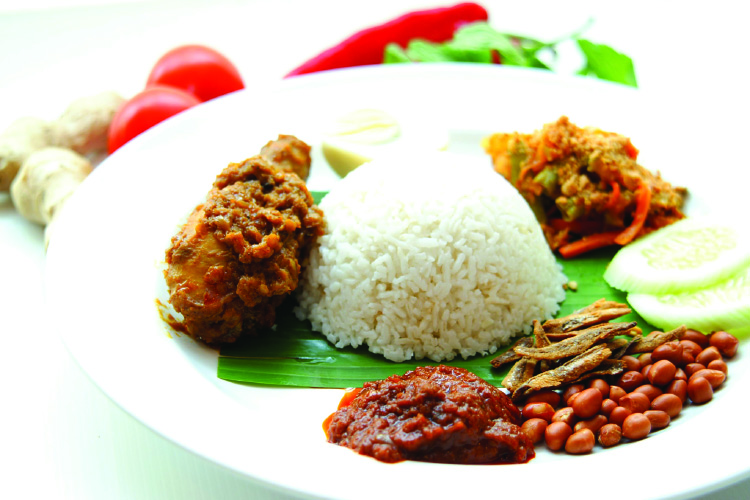 Trying to lose weight but can’t see the results? You must be following all the wrong diet myths without knowing it.

In our last issue, we covered Part 1 of Top 20 diet myths. If it was an eye-opener, here is Part 2 (10 more diet myths) on why it’s important to know the truth.

Protein is the most important nutrient for athletes.

“It is true that athletes need more protein than sedentary people. They just don’t need as much as they think. And they probably don’t need it from supplements; they’re probably getting plenty in their food,” Rosenbloom says. But timing matters. Rosenbloom recommends that after weight training, athletes consume a little bit of protein – about 8 grams, the amount in a small carton of low-fat chocolate milk – to help their muscles rebuild. “That’s probably all you need”. “You don’t need four scoops of whey powder to get that amount of protein.”

Skimmed and semi-skimmed milk actually have more calcium, says dietician Alison Sullivan, because the calcium is in the watery part, not the creamy part. If you’re trying to lose weight and cut fat from your diet, skimmed milk is your best bet because it is lower in fat and has 10mg more calcium per 200ml milk than full fat. Semi-skimmed is best for maintaining a healthy lifestyle if you’re not dieting. Full-fat milk is best for children and adults who are underweight.

Cholesterol is bad for you

Cholesterol is a fatty substance that is made mostly by the liver. It can be bad for us, because it forms deposits that line and clog our arteries. Clogged arteries contribute to heart disease. But we all need some blood cholesterol because it’s used to build cells and make vital hormones – and there’s good and bad cholesterol.

This is a common myth among dieters who are struggling to lose weight. Studies have shown that resting metabolism – the number of calories used by the body at rest – increases as people become fatter. In other words, the larger you are, the more calories you need to keep your body going and the higher your metabolism.

Clare Grace, research dietitian at the Queen Mary University of London, says: ‘Weight gain occurs when the number of calories eaten is greater than the number used up by the body. “Unfortunately, people are becoming increasingly sedentary, burning off less and less calories, and it seems likely this is a crucial factor in the increasing numbers struggling to control their weight.”

‘Low-fat’ or ‘fat-free’ doesn’t necessarily mean low calorie or calorie-free, warns Lyndel Costain. Check the calorie content of foods, especially cakes, biscuits, crisps, ice creams and ready meals. Extra sugars and thickeners are often added to boost flavour and texture, so calorie content may be only a bit less, or similar to standard products. Foods labelled low-fat should contain no more than 3g fat per 100g.

“Watching the quantity is important,” adds nutritionist Alison Sullivan. ‘People tend to have half-fat spread but then use twice as much. ‘And things like fruit pastilles may be low in fat, but are high in sugar which turns to fat. ‘With low fat foods, look to see where else the calories might come from.’

Vegetarians can be as muscular as meat eaters by getting their protein from vegetable sources such as cheese, nuts, pulses and grains. Claire MacEvilly says: “You need protein to build muscle, but too much can lead to long-term side effects. The body can only store a certain amount of protein, so too much can damage the kidney.” The Department of Health recommends that 50 per cent of energy should come from carbohydrates, 35 per cent from fat and the remaining 15 per cent from protein.’

You always gain weight when you stop smoking

Some people gain weight when they stop smoking, some lose weight and some stay the same. While nicotine does increase the body’s metabolism, its effect is small. It’s far healthier to be an overweight non-smoker than not bother giving up because you think you’ll put on weight. Alison Sullivan says: ‘Where people tend to fall down is when they replace a cigarette with comfort food. Chewing sugar-free gum or snacking on vegetable strips kept in the fridge is a good idea because you can have these instead of reaching for the biscuit tin”.

You really need to weigh yourself to keep your weight in check. But don’t weigh yourself more than once a day. (That means you’re obsessed about your weight.) Weigh yourself at least once a week. If you don’t have a scale at home, go to your doctor or health club and weigh yourself. Weighing yourself shouldn’t be seen as punishment. It’s just a way to keep an eye on your weight. And your scale doesn’t always have to tell you bad news. You may not have noticed that you lost two pounds the other week.

Deprivation is the downfall of all diets. You can have a small portion of dessert to satisfy your sweet tooth and still stick to your diet. Food is pleasurable for many people. So, treat yourself but don’t overindulge. You can create a diet that lets you eat a sweet once a day or once a week. Dieters who deprive themselves tend to go overboard when they have candy, cake, or cookies. So make a good choice of what you include in your diet.

You probably won’t be able to work out enough to make up for eating a huge meal. Exercise just does not burn enough calories. If you eat a slice of apple pie that is 500 calories, you’ll have to walk briskly for two hours to burn those calories. So, you won’t lose weight unless you also cut calories.