Home › Blog › Tap for Greater Well Being with EFT

Tap for Greater Well Being with EFT 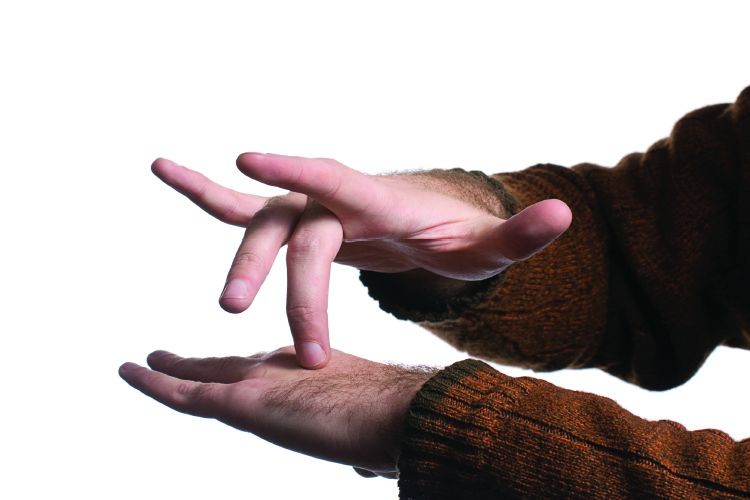 EFT (emotional freedom technique) is thought to be one the most exciting, powerful techniques to come out of the last century! It is one of the new ‘Energy Psychologies’ and is rooted within the ancient Chinese energy meridian system. It stems from acupuncture and works with the body’s energy system in the same way. Natural Health spoke to Alison Munro, an Advanced EFT Practitioner and Trainer, and qualified Clinical Hypnotherapist from the UK, who will be conducting a second EFT Practitioner course and offering the advanced course for those already qualified in tapping, here in Malaysia in July.

Also known as ‘tapping’, EFT is an emotional form of acupuncture without the needles. We simply tap selected energy meridian points on the face and upper body with our fingertips. Essentially, EFT relieves symptoms by tapping various energy points as we tune into, or focus on the problem. The tapping balances the energy meridians that have become disrupted, when we think about or experience, an emotionally disturbing event or situation. Once balanced, the upset is usually resolved – the memory stays but the emotional charge is gone.

EFT is based on the discovery theory that all negative emotions are the result of disruptions in the body’s energy system. The concept of restoring energy flow and balancing the system however is not new as it derives from acupuncture which utilises the same principle and has been in use for 5000 years. EFT is just quicker and easier to learn and use.

How different is EFT from Hypnotherapy?

There is a vast difference between them. EFT is working with the body’s energy system in the same way as acupuncture, only through tapping the points rather than putting tiny needles into them. EFT engages with the conscious mind whilst hypnosis uses trance to engage primarily with the unconscious mind. However lots of trance work happens spontaneously within EFT and much of it’s efficacy lies in this cross over.

I practice both, and actually do them together. However I find EFT more effective as it works with past events and focuses on negative emotions and uncomfortable feelings, so we can clear them. Hypnotherapy, on the other hand is often solution focused and works in and towards the future, having induced a relaxed state. It works beyond the problem and focuses on life without it and the positive feelings associated with that. Whilst this is effective, EFT goes back and works with the past events that make up the present issues, so that we can clear them up energetically. EFT takes the tree out from its roots rather than planting a new tree, as is often the case in hypnotherapy.

The main difference between the two therapies is that when doing EFT we tap along as we’re talking about the problem, without a formal trance state, focusing on the past events and the associated negative emotions and uncomfortable feelings, as we work with the energy system. Tapping is an energy-based therapy while hypnosis is more of an unconscious mind communication.

But wouldn’t it look weird tapping in public?

It definitely looks weird but you can do it discreetly. I would certainly tap in public rather than feel uncomfortable. Imagine for instance, I’m claustrophobic; afraid of enclosed spaces and I was caught in an elevator or crowded space. I would instantly tap my collarbone points (demonstrates), just one energy point within the sequence we use. I would rather people see me tapping my collarbones than see me crying in public! I used to be claustrophobic and used tapping to overcome my fear. I refused to use an elevator and would not get into one. Now I can use them without even noticing and that’s a huge change.

Can EFT be that effective in getting rid of phobias and fears?

Yes and the effects will last if you’ve worked on all of the events and triggers attached to the phobia. Take claustrophobia, in my case. I had already worked with it using hypnosis but had not cleared the issue. With EFT I went back into my past events that made up my phobia and quickly cleared the times I felt anxious and fearful. That’s the focus of EFT. We go back to the times when ‘X’ happened and we tap that clear so that we don’t respond the same way again. The effects will last and we can change how we feel quickly using tapping.

What else can EFT be used for?

Anything! I tap for any negative emotions and uncomfortable feelings daily but also use tapping with clients for all presenting issues, so physical conditions, emotional issues, anxieties, fears, habits, goal achievement, performance enhancement and much more. I have personally worked with my phobias, confidence issues, physical issues, pain and am definitely a work in progress!

I was a psychology graduate but didn’t want to train to be a regular counselling psychologist, as it didn’t feel right for me so I went to work in the city of London. During those years I had six chronic phobias, including public speaking, interviews, etc. I had tried many things over the years. I had practiced hypnotherapy for almost two years before EFT came along. Hypnosis had helped but it did not clear my phobias completely like EFT did, particularly on my performance anxiety – fear of public speaking. Tapping definitely resolved my phobias at the very core. Whilst tapping, I found out the core reason, ‘the trigger’ that had caused the fear in me. Now I’ve absolutely no phobias at all. EFT completely worked for me. That’s why I’m so passionate about EFT and can now talk about it in front of others.

EFT has become quite popular in recent years with people like Deepak Chopra, Bruce Lipton, Cheryl Richardson, recommending it. Has EFT finally come of age?

Yes I do think EFT is coming into it’s own, as we’re beginning to understand and accept that everything is made up of energy, just like the famous scientist Albert Einstein said back in the early 1900’s. In the western world of medicine this had been forgotten. But everything is made up of energy and EFT is an energy therapy working with the energy system. As a global community there is a developing ‘collective consciousness’ that we are all but energy and we can do, be and have anything we desire… EFT has allowed me to tap into the very source of who we really are and make changes at a fundamental level. Whilst EFT is actually working within the concepts of quantum physics, we don’t need to understand that to get results with tapping and that makes it open and available to everyone.

I think EFT’s success and validity is rooted in working directly with the energy system. When we do that we can effect great change, as everything is energy. When we live within this awareness and work with our own energy system, the results may seem miraculous, but actually it’s simply working with energy that’s inherent in everyone and everything.

In your opinion, how important a role will EFT play in the future?

I think it will play a vital role in the way we think about ourselves and our issues. Plus tapping is simple and easy to learn and practise. Whilst we are utilising our own methods within the practice of EFT now, it’s simplicity should not be lost. People can do this for themselves and people like that. They can learn to manage their own emotions. Once you learn EFT, you can start tapping on your energy points right away. It is encouraged! It’s important to learn EFT properly, understanding the importance of using the particular language and phrases. There are some massive affirmations that we use and they might sound strange at first. If you learn why you’re saying what you’re saying you will be able to apply the technique to get optimum results and see thechanges for yourself.

Whilst anyone can learn and put EFT into practice to resolve issues that pop-up everyday, my advice to people with highly traumatic, complex issues, is to work with a professional to help you to clear the deeper disruptions in the system. If you’re not getting results, ask for assitance.

Can EFT be taught to a child?

Absolutely. I personally would tap with a child of any age, however for therapy the child should be able to understand your instructions. If a mother has brought a child to me, I would have the mother tap on the child, or have the child tap on himself or herself. I will also make it fun by tapping on a teddy bear, for instance, so that the child can play with the bear and tap on the bear at the same time. In fact, in many cases I find children learn EFT much quicker than adults as they are not concerned with it being silly or weird, like adults often are. They have less to unlearn and the level of resistance is much lower than in adults. The technique is so easy. They will do it because it’s fun and so simple. By the way, I even tap my cat, my plants – anything living really!

You can tap on plants too?

You can, but not directly on the plant. I tap on myself for the plant because everything is made up of energy right? I can affect a change in my energy system that can affect a change in another energy system. It’s called surrogate tapping. You can tap on something as organic as a plant. I have actually done that to my plant. One of my favourite plants was quietly dying until I tapped for it. I have fantastic plants, you should see them!

Where can one learn more about EFT?

There’s lots of information about EFT on the internet but you don’t know what’s good or bad or where to start. Those people interested in EFT should do some research and then choose to learn it properly from good EFT trainers attached to governing bodies. When you learn it properly you will get better results like many people all around the world already have.