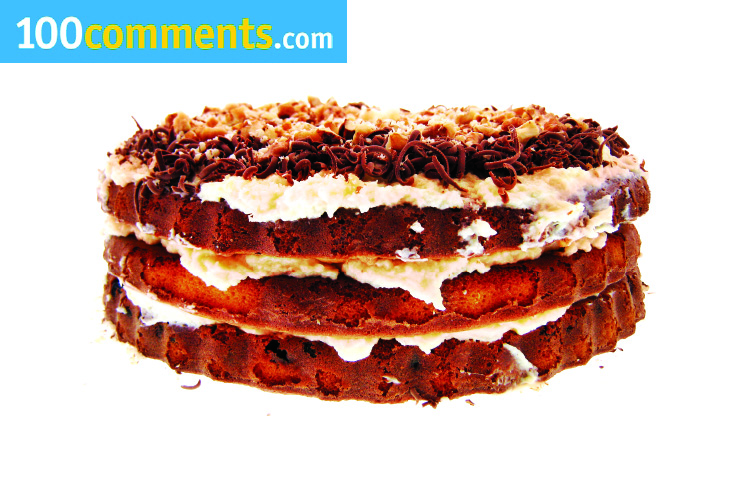 So what is this substance that we are so enthralled with? Crystalline white cane sugar is refined from the sugar cane by crushing the cane, processing the juice and evaporating it, then bleaching and deodorizing the resulting carbohydrate crystals until they are pure white. Dried, unrefined cane sugar is dense, sticky, and brown.

It takes about 17 feet of sugar cane to come up with 1 cup of sugar.

I know this because I once called a sugar factory and we worked out the numbers. If you visualize this relationship – 17 feet to 1 cup – you realize that the refined cane sugar has a lot missing that is present in the original: it has none of the nutrients, vitamins, and minerals found in the plant, let alone any of the protein and fiber. It is also missing the water, so consuming sugar will make you actually thirsty.

A quick test will show you: a 20-oz can of cola may have as much as 15 teaspoons of sugar. To see how it really tastes, and whether it actually quenches your thirst, try drinking some room-temperature cola, and note both the taste and how it makes you feel.

Where Does Sugar Come From?

Cane sugar is refined from the sugar cane. Then there is corn syrup, produced from corn, and beet sugar, made from beets. While cane sugar has been popular for the past 200 years, corn syrup is fast passing it by, especially in the production of processed and commercial foods and drinks, because it’s cheaper to produce.

Refined cane sugar is a disaccharide (double sugar) called sucrose, made up of two single sugars called fructose and glucose. Glucose is the technical name for blood sugar, and this must remain more or less steady for proper function, especially brain function. The brain utilizes about 25% of blood glucose, so its needs are paramount.

In terms of actual nutrients, in refined sugar there is only one: the above mentioned sucrose. It makes up 99.9% of the product. There are no vitamins, minerals, trace elements, fiber, water, protein, fat, or anything else. Nutrients such as chromium, manganese, zinc, magnesium, and copper have been lost in the refining process. For that reason, it has been said that sugar provides “empty calories.” They could be called “naked calories” as well.

Simple carbohydrates such as cane sugar are quickly absorbed into the bloodstream, where they provide a quick high – and a subsequent crash. On the other hand, complex carbohydrates such as whole grains or vegetables, because of the presence of fiber and other nutrients, are absorbed more slowly and therefore tend to provide a more regular supply of energy, without the big highs and lows.

When carbohydrates are consumed, blood sugar goes up, then the body responds by producing insulin and that makes the blood sugar go down. In a normally healthy person, the insulin is just enough to bring the blood sugar back to normal. The function of insulin is to encourage the rest of the cells to open up and absorb the glucose for its energy needs. In a condition called “insulin resistance,” the cells resist this suggestion, and more insulin is needed to get the message across, which then stresses the pancreas. Eventually this situation leads to diabetes, a condition in which the blood sugar remains elevated. If it is closely related to diet and lifestyle, it is called Type II diabetes.

A different variety of diabetes occurs when the pancreas does not make enough insulin for the body’s needs. If the pancreas has been damaged because of an autoimmune reaction, the condition is called Type 1, or insulin dependent diabetes mellitus (IDDM). This condition does not respond to lifestyle changes, and must be monitored by a physician.

When there is too much insulin, it can lower the blood sugar below the level required for health, producing instead a condition of hypoglycemia, or low blood sugar. This condition, according to Kathleen DesMaisons, Ph.D., author of Potatoes Not Prozac, can create fatigue, restlessness, irritability, confusion, and poor memory, in addition to hunger, dizziness, and what some people have termed “brain fog.” In some cases, low blood sugar can cause fainting. A quick remedy consists of any quickly absorbed sweet food such as orange juice.

However, the regular use of sugar does not correct the problem, it only makes it worse as the pancreas gets hyper stimulated and sends out more and more insulin. A better remedy consists of increasing the protein and fiber content of the diet and eliminating refined sugar altogether.

In my experience, a hypoglycemic reaction also responds to salty foods such as olives or anchovies, although I couldn’t give you a chemical reason for this. Recently a friend of mine, mother of the groom, got hot and dizzy just before the ceremony. She attributed it to a drop in blood sugar – she’s diabetic and hadn’t eaten much – and tried eating some cake. But she didn’t rally until after I gave her half a dozen green cocktail olives, after which she fully recuperated and the wedding proceeded successfully.

An excess of carbohydrate foods (generally refined carbohydrates such as sugar and white flour) will frequently be stored in the body as fat. While this metabolic tendency was useful in the past as it could protect against the frequent famines in hunting and gathering societies, it is not useful any more with the abundant presence of cheap, refined foods. This situation has become especially noticeable since there has been such a rise in the consumption of fat-free snacks: people have taken to eat entire boxes of “low-calorie” or “fat-free” cookies, with the sad result of a considerable increase in obesity and its problems.

The Effects of Sugar on Disease

In the 1970’s, in his book Sweet and Dangerous (Wyden, 1972), British physician John Yudkin pointed out that the countries with the highest incidence of heart disease are the ones with the highest sugar intake (such as Britain and the US), not those with high protein and fat consumption (such as the Masai and the Eskimo). His point of view got lost in the anti-fat craze, but it is still valid.

Dr. Gerald Reaven, an endocrinologist at Stanford University, points out that insulin regulates the production of triglycerides, which are a major predictor of heart disease. The higher the insulin, the higher the triglycerides, the blood pressure, and weight, and also the lower the HDL (good cholesterol) – all of which contribute to cardiovascular problems.

Well-known nutritionist Ann Louise Gittleman, author of Get the Sugar Out (Crown, 1996), says that while it isn’t known if sugar is directly involved in the causation of cancer, it is known that cancer cells feed on sugar. Therefore, for people with cancer, consuming a diet free of refined sugars would be highly advisable.

Researchers at the Tokai University School of Medicine, in Japan, discovered that immune defense antibodies in diabetics incorporate sugar molecules in an abnormal fashion. Therefore, general immune defenses may be impaired in people whose blood sugar is abnormally high, making them susceptible to all kinds of infections including colds and problems of the reproductive tract.

There is little doubt that the consumption of sugar is related to caries. In addition, says nutritionist Gittleman, she’s found that sugar can either cause or contribute to alcoholism, allergies, candidiasis, bone loss, osteoporosis, hypertension, kidney stones, liver enlargement, menstrual problems, rheumatism, and ulcers, among others.

Sugar and the Mind

Fluctuations in blood sugar, as they do affect the brain, also appear to affect the neurotransmitters, particularly in low-protein diets. C. Keith Conners, author of Feeding the Brain, showed that children given a sugared snack after a carbohydrate-rich breakfast became restless and hyperactive. If they were given the same snack after a high-protein breakfast they didn’t react much. Others have found sugar to be closely related to mood swings, low energy, and depression. For those who would prefer not to take antidepressant medications, it might be worthwhile to go on a diet free of sugar and artificial sweeteners instead.

Is Sugar Addictive? Psychologically or Physically?

For a long time, when faced with the question whether sugar is addictive or not, consumers said yes, and scientists said no. In every class that I have taught for the past 30 years, whenever I asked the students, “who feels that sugar is addictive to you?” about 80% of the class raised their hands. Scientific papers, on the other hand, refuted the idea. And yet the concept of the “sugar addict” has been firmly entrenched in the population.

According to the Society for Neuroscience, studies compiled over the past few years are now providing support to that idea (http://web.sfn.org/content/publications/BrainBriefings/sugar/html). It appears that the overconsumption of sweets can share some characteristics with substance addictions.

For example, in studies about opioids, which are brain chemicals associated with a pleasurable response, it was found that when opioid receptors were blocked, humans with eating disorders like bulimia cut their consumption of sweets in half. Studies where rats were fed sugar water found that, when the sugar was removed, they exhibited signs similar to drug withdrawal such as teeth chattering and the shakes. Rats weaned off sugar kept trying to find some more, indicating the signs of possible relapse. Many of us have noticed that if you eat no sugar at all, and then you eat some one day, then the next day you begin to look for a sugar fix again!

Certainly in my experience, cane sugar is extremely addictive. I don’t find maple syrup, fruits, or honey so addictive, but other people with sensitivities and candidiasis react addictively to any kind of refined sweetener.

What Do Cravings for Sweets Mean?

From my thirty years of experience working with food and diets, I have observed that there are three major reasons why people crave sweets.

Foods to avoid because of high sugar and otherwise damaging content:

Foods to increase to please your sweet tooth: