Home › Blog › Who Says Football is Only for Boys?: A Parent’s Perspective

Who Says Football is Only for Boys?: A Parent’s Perspective 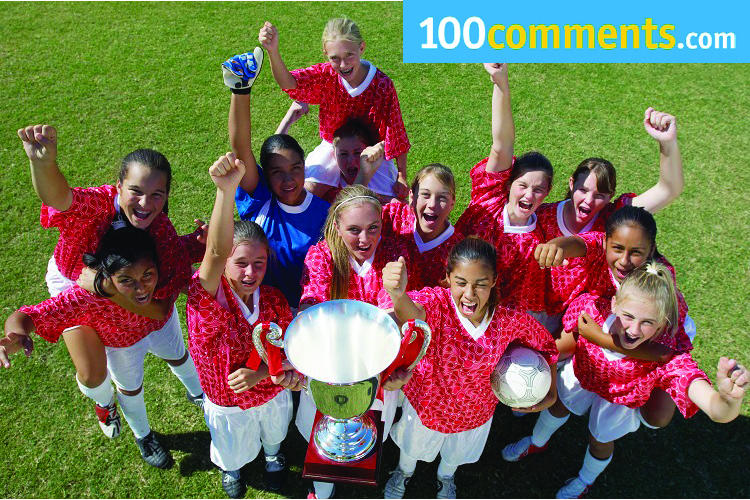 Today was my first hand experience at being called a soccer mom and being welcomed to an elite group. It felt nice being part of something though I don’t feel anything like a soccer mom. I may have some of her traits but honestly, I am no proper soccer mom. I am just a mom who is crazy about sports.

Today was a thrilling but very tiring day. Kudos to all soccer moms out there who do this tirelessly, who are still able to keep it together after a footie tournament. By the end of the tournament, I was so exhausted, I willingly handed my iPad to my girls while I napped. A proper soccer mom would have stayed up and cleared the mess in her SUV.

My footie adventures started yesterday when I was told my girls, despite being new in the team, were invited to compete in a proper football tournament. After school, I had to rush my tweens and toddler to a neighbouring mall for football jersey that resembled Super Girls’ jersey. I also needed to find football shorts, shin guards (my football enthusiast husband said the correct term is shin pads), socks and football boots. Sounds fairly simple but finding these in kids size and for girls was like looking for a needle in haystack. “Why does it have to be pink?!!!” my mind screamed. That is the most unforgiving colour, when in a sports departmental store that doesn’t cater for kids’ sizes.

Next I threw myself into motherly duties on a Friday evening, making extensive preparation for a proper decent snack that would imply I am coping marvelously on the parental scale. Because a plain peanut butter sandwich made from white plastic bread has “my mom is lazy” written all over it and I wasn’t going to let that tarnish my inaugural participation into this elite team.

For once we made it to a venue 10 minutes ahead of time. So there was no rushing the girls while daddy looked for a parking spot. We even had time to listen to Jungle by X Ambassadors & Jamie N Commons, mentally playing the game before the game scene. How cool was that?

It was a beautiful morning and the field was packed with many teams, all busy doing what footballers do before a big game; coach giving one last run down of their strategy, warming up their limbs and keepers practicing their diving skill. Some teams looked like they belonged to professional football clubs with proper paid coaches and their supporting team.

Super Girls was the only all girls team on that field. Some were impressed and genuinely cheered for them but many were doubtful of their football skills. But these girls did everyone proud. Their defending was impeccable and the opposing team found it very difficult to penetrate to score a goal. They played four matches. They lost their first and third match with one nil. They draw their second and fourth match. Rather remarkable don’t you think. And most of the snide remarks died after their second match and the all boys team started taking them seriously.

There you have it. My new adventure of being an all girls football team mom, thanks to my children. I got to experience a football tournament not just as a spectator but as part of the team. A beautiful Saturday morning and I am ready for more tournaments because we have been invited for more matches organized by all boys academy. Looks like these girls are paving the way for more girls’ football team. Bravo!