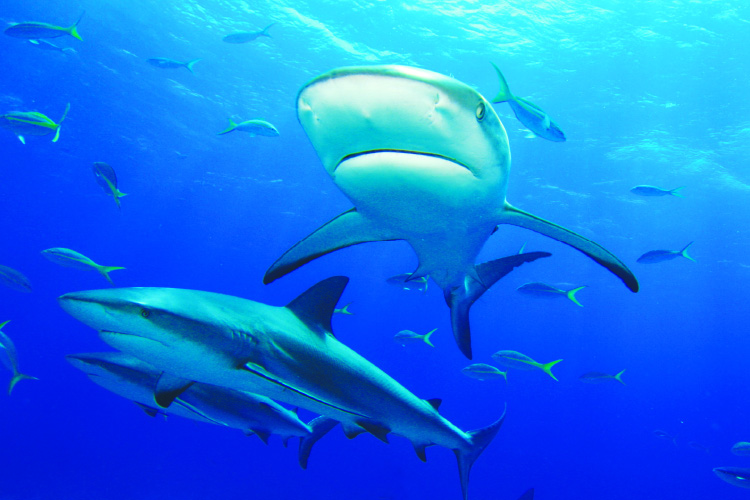 If sharks fin soup is served purely for traditional reasons, then shouldn’t we also bind our daughter’s feet and agree to arrange marriages as well?

The fact is – traditions were not designed to jeopardise the existence of an entire species. Radical changes are needed in the attitude and face value of Chinese people before we can begin to save what’s left of our ocean’s apex predator.

If you serve shark’s fin soup to 50 tables of guests at your wedding banquet, you have just endorsed the death of 50 sharks. One may argue that 50 chickens and perhaps 50 codfish will also suffer the same fate for a wedding banquet, so what exactly is the problem?

Aside from cruelty to the sharks, there are several more pressing issues here:

Sharks are the apex predators that keep the whole ecosystems in balance. With less sharks to feed on rays, the population of rays have sky-rocketed to unsustainable levels in the last 30 years. Rays in turn feed voraciously on shellfish like scallops, oysters and clams. Major declines in shellfish reduce water quality because shellfish filter sea water.

The cascade of impacts resulting from overfishing large sharks goes further still. Large seagrass beds and coral reefs have been dug up and destroyed by the rays looking for shellfish. As seagrass is considered the “nursery” for many fish species, we end up with less fish, poorer quality fish and seafood.

Scientists are predicting that many shark species could be wiped out in 10-20 years. Over the last 50 years, finning has reduced our shark population by 90 percent with certain species like hammerheads and dusky sharks down between 95 to 99 percent. An estimated 126 of 460 shark species are now threatened with extinction.

Our future generations are set to suffer the consequences. A breakdown in the food chain will destroy the natural eco-system, churning dirty oceans and the extinction of not just the sharks but other species too like shellfish, sea beds and coral reefs.

Most people don’t realise that mankind risks becoming extinct next if sharks disappear. Without sharks, the oceans will teem with fish and other ocean animals that live off the plant life in the sea. When this plant matter disappears, so too will the vital oxygen that oceans produce.

In Asia, one kilo of sharks fins is worth an average of RM300. To fuel this extremely lucrative trade, an estimated 73 million sharks around the world are killed each year. This translates to 22,000 sharks a week, according to the Shark Research Institute.

Unfortunately, sharks cannot recover from these losses because they are a slow-growing species, maturing in 20 years or more and having relatively few young.

Not only lucrative, finning is a low-tech industry that doesn’t even require boats with refrigeration since the fins are dried.

Finning is now illegal in the waters of the E.U., The United States, Canada, Australia and 60 other countries. Hawaii, in the first law of its kind, just banned the sale of sharks fin products including pills and cosmetic products. But as long as the demand is there, this unsavoury business will continue to thrive.

Unlike the chicken or pig where almost the entire animal is consumed, fishermen waste the rest of the shark because only its fin is valuable. Sharks that get their fins cut off are not always dead when their bodies are thrown back into the sea. Without its fins, the shark simply sinks to the bottom of the ocean where it dies a slow, painful death. What a horrible way to die for such a magnificent creature!

Sharks fin soup is traditionally served at wedding banquets, birthday feasts and business dinners as a way to honour guests. In the Chinese culture, this expensive delicacy has a long and honourable history. Emperors loved sharks fin soup because it was rare, tasty and difficult to prepare. Serving sharks fin in the olden days was a matter of having face; a show of wealth and status because of its price. But these days, it is made available to the mass market, costing anywhere from RM50 to RM500 per bowl.

Why do we still champion a tradition that no longer holds esteem? If we advocate the killing of sharks in the name of tradition, then why shouldn’t we also observe other traditions that modern urbanites have rendered out-dated and old-fashioned?

How do we save the sharks?

For even more ways to save sharks, visit

Donate to the “Shark Savers” China campaign at