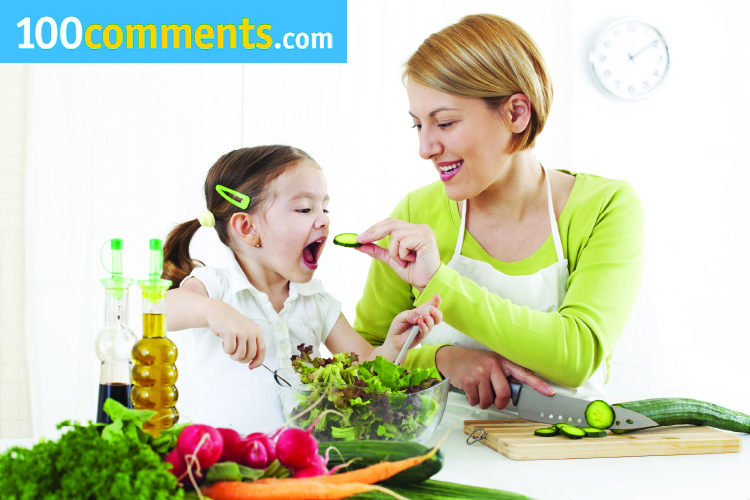 Q: Why are fatty acids important for the well being of growing children?

A: Dietary fats in general are calorie-dense macronutrients. They play an important role in absorption and metabolism of some nutrients, particularly fat-soluble vitamins, and help the body absorb some vitamins (vitamins A, D, E, and K).

Out of all types of fatty acids, essential fatty acids which include linoleic acid, LA (Omega-6) and alpha-linolenic acid, ALA (Omega-3) are crucial for children’s growth. These fatty acids cannot be synthesized in the human body and therefore must be obtained from food because they are the key nutrients that help in forming long-chain fatty acids particularly Arachidonic Acid (AA), Eicosapentaenoic Acid (EPA) and Docosahexaenoic Acid (DHA). These long-chain fatty acids are vital for the proper functioning of every cell in the body especially the brain, eye and heart. The brain is composed of large amounts of both DHA and AA and therefore adequate supply of both DHA and AA is essential for optimal brain development. A research review in 2013 also suggested a favourable role of DHA in children’s cognition and behaviour and could affect their school performance.

DHA is also a major component of the retina and thus affects visual acuity. In addition, these long-chain fatty acids affect growth through their role in the synthesis of prostaglandins (hormone-like substance that coordinate a wide range of body functions such as the contraction and relaxation of smooth muscle, dilation and constriction of blood vessels and modulation of inflammation in body) and growth hormones. Other than that, a study in 2014 that reviewed the impact of DHA in children and adolescents also found its protective effects against development of metabolic diseases such as obesity, cardiovascular disease and diabetes during a person’s entire lifespan.

Q: How can parents ensure their children get enough fatty acids?

A: How much of fats a child needs is based on his/ her age and daily energy needs. American Heart Association recommends a varied diet with about 30% to 35% of energy from fat for children ages between 2 to 3 years, and 25% to 35% of energy for children ages between 4 to 18 years, in order to support optimal growth. So, instead of counting grams of fat or choosing low fat or non fat food choices for children, try including quality fat sources instead. For example, add small amounts of sesame oil in porridge or noodles for children, spread some soft margarine or peanut butter on bread, add avocado in sandwiches and serve cashew nuts or walnuts to older children as snacks.

The best way to get fatty acids is through natural food sources. LA can be obtained from a variety of plant foods including soybean, sunflower and corn oils, green leafy vegetables, nuts and seeds. On the other hand, ALA can be found in flaxseed (also known as linseed), canola oil, margarine, soy, legumes and walnut. However, the synthesis of EPA and DHA from its precursor ALA in the body is not efficient. Therefore, it is suggested that EPA and DHA should be consumed directly from EPA and DHA rich foods such as oily fish like tuna, mackerel, sardine and salmon, red meat, eggs, and foods enriched with them such as cereals, yogurt and milk. According to Food and Agriculture Organization of the United Nations (FAO, 2010), the recommended adequate intake amount of EPA and DHA for children are as follows:

To ensure children obtain the sufficient amount of DHA, US FDA (2017) recommends 1 to 2 servings of fish per week in their diets. On average, a serving of fish is about 1 ounce for children ages 2–3 years, 2 ounces for children ages 4–7 years and 3 ounces for children ages 8–10 years. On top of this, Malaysian Dietary Guidelines for Children and Adolescents in 2013 recommends cooking with blended vegetable oils which are high in these fatty acids. You can also encourage your child to eat corn, nuts, legumes like chickpeas and dhal, seeds such as sunflower seeds and pumpkin seeds to ensure adequate intake.

Q: How will severe lack of fatty acids affect a growing child?

A: Severe lack of fats in a child’s diet may cause inadequate energy intake leading to poor weight gain and low immunity. It may also deprive him/ her from getting other nutrients such as fat-soluble vitamins. While essential fatty acids (both omega-3 and omega-6) are vital for their structural role in cell membranes in the development of major organs like brain, eyes and heart, a lack of these can also cause rough, scaly skin, dermatitis and reduced growth in children. The impact of deficiency is also greater in early infancy in which rapid brain development happens. There are some studies that explore the impact of omega-3 fatty acids on cognitive performance or brain function in school-aged children but the finding is not conclusive.

Probiotics in a child’s diet

Q: What are probiotics?

A: Probiotics are live bacteria that are similar to the bacteria found naturally in our digestive tract. They’re often referred to as “good bacteria” or “helpful bacteria.” The most studied probiotics to date include Lactobacillus rhamnosus GG (LGG), Bifidobacterium lactis, and Streptococcus thermophilus.

Q: How do they benefit a growing child?

A: Based on a review published by American Academy of Pediatrics, there is some evidence to support the use of probiotics in treating infectious diarrhea from acute viral gastroenteritis in otherwise healthy infants and young children by shortening the duration of diarrhea and reducing the number of diarrheal stools. This benefits are strain dependent in which the findings indicate Lactobacillus rhamnosus GG (LGG) is the most effective probiotic reported to date. Furthermore, it also seems to be more effective when given early in the course of diarrhea.

However, current available evidence does not support the routine use of probiotics in prevention of infectious diarrhea. The long-term health benefits of probiotics in the prevention of cancer, allergy, eczema or other diseases or providing sustained beneficial results on the immune system remain to be proven as its effectiveness are strongly affected by the strain type and the dosage consumed.

Q: How can parents ensure their children are getting enough probiotics?

A: While we still have ways to go in probiotics supplementation research, you may consider incorporating probiotics rich foods in your children daily diet. Fermented foods such as yogurt, cheese, kimchi, miso and tempeh are great sources of probiotics. Think of creative ways to serve your children probiotics rich foods, for example, serving your children yogurt as snacks, make a fruit smoothie with yogurt, serve miso soup with rice, kimchi fried rice or add cubes of tempeh to a stir-fry or crumble it into soups. However, avoid cooking these foods at high heat as it may kill the good bacteria. For instance, whisk miso into warm water instead of cooking it in boiling water. There is no recommendation on how much of probiotics or which probiotics strain is required in ensuring children’s health at the moment.