Home › Blog › Why Is Rheumatoid Arthritis More Common in Women?

Why Is Rheumatoid Arthritis More Common in Women? 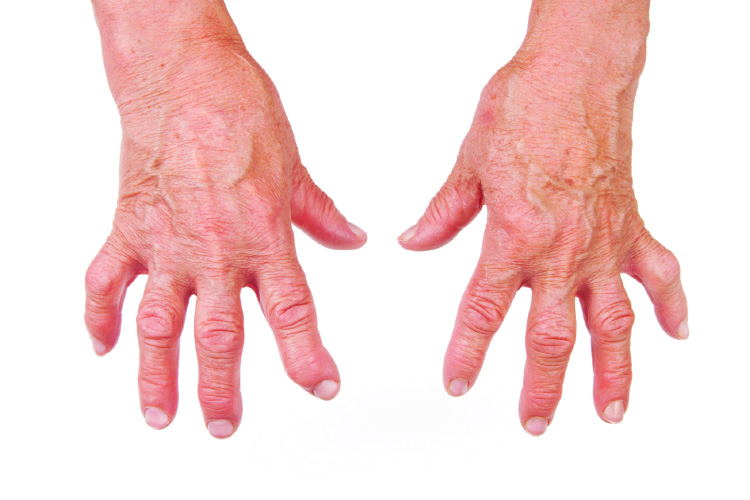 Women with RA also reported more symptoms, and more severe ones, even when they had the same level of the disease as men. Women also didn’t respond as well to the same treatment as men. Early in the disease, women with RA are also less likely than men to reach “remission,” which means no symptoms. Some women may also have fibromyalgia, which can make RA symptoms worse.“Like any other RA patients, Cheryl (not her real name) complaint of swollen and deformed fingers and problems in moving her wrists. When she noticed that she could no longer hold a tight fist, and it was much difficult in carrying out simple activity of daily living like brushing her teeth every morning, she realised that maybe her condition was much more serious. After few visits to the general practitioner, she was referred to a rheumatologist who diagnosed rheumatoid arthritis (RA) and promptly put her on a treatment plan.” 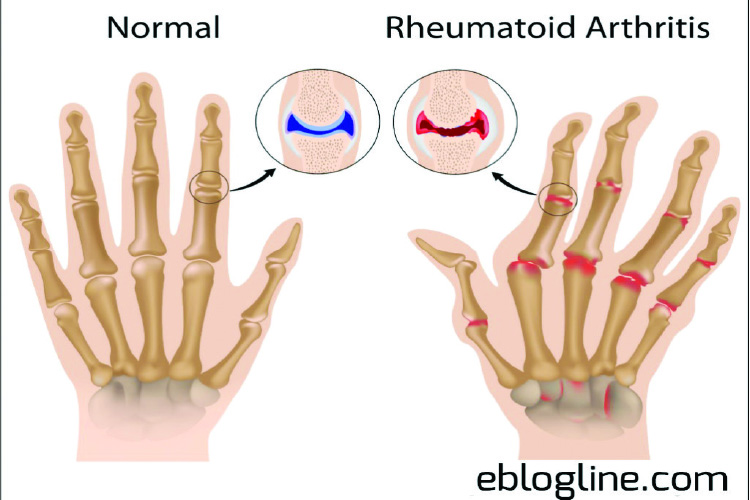 What Is Rheumatoid Arthritis?

Rheumatoid arthritis is an autoimmune disease that is associated with progressive disability, systemic complications and early death, especially if left untreated. It is characterized by synovial inflammation and hyperplasia, autoantibody production (rheumatoid factor), cartilage and bone destruction and systemic features, including cardiovascular, pulmonary, psychological, and skeletal disorders. An external trigger (eg, cigarette smoking, infection, or trauma) that triggers an autoimmune reaction, leads to synovial hypertrophy and chronic joint inflammation along with the potential for extra-articular manifestations. The amount of progression and severity of the condition varies among patients. Although the musculoskeletal system is affected first, rheumatoid arthritis can also affect many other body systems. The hand and wrist are involved in 80% of all patients with rheumatoid arthritis.

What Are The Symptoms of Rheumatoid Arthritis?

In the early stage of rheumatoid arthritis, the joint involved may become warm, swollen, and painful. If tendons are involved, swelling may be greater at the area of the wrist. This swelling can sometimes lead to median nerve compression and symptom like numbness of hand is common.  Symptoms such as pain on movement and triggering or locking of the fingers indicate tendon involvement, which may lead to the tendons rupture. In the final stage of rheumatoid arthritis, scar tissue replaces the chronic swelling of the joints. The joint, if left uncorrected, adopts a painless fixed position and has very little motion and function. One good example is the picture shown below. 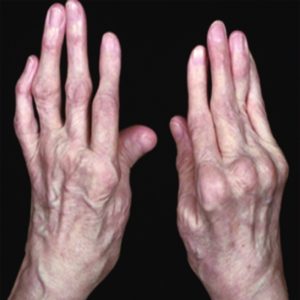 How Is Rheumatoid Arthritis Diagnosed?

Diagnosis is based on a list of inclusive criteria first developed by the American Rheumatism Association. These criteria were developed because no laboratory tests or observations are conclusive. A diagnosis of rheumatoid arthritis is confirmed if at least 4 out of 7 criteria are fulfilled. Once the diagnosis is confirmed, your physician will assess the current condition of your joints and tendons and the severity of the disease (Refer table above).

How Is Rheumatoid Arthritis Treated? 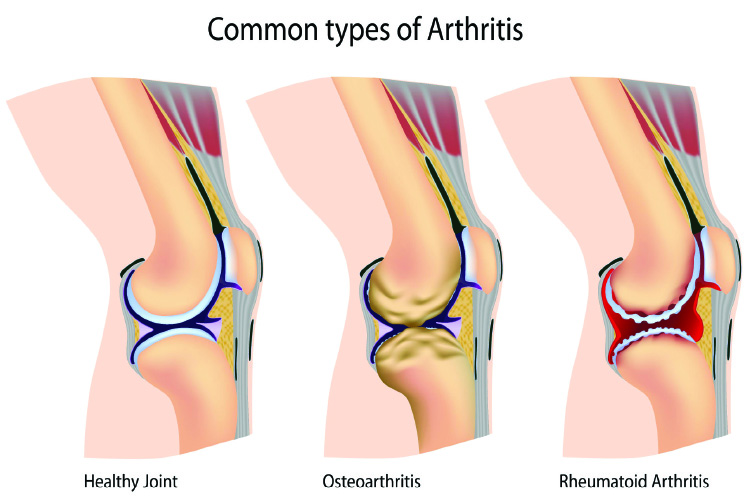 Although the armamentarium of therapies to treat RA is extensive, optimal symptom control and management of the disease have been elusive. The uniqueness of each patient requires an equally unique treatment regimen that is specifically tailored to that patient. However, tailored therapy must follow the general principle of optimizing response by reducing symptoms and stopping further damage.  Medications are the cornerstone of treatment for active rheumatoid arthritis. The goals of treatment with rheumatoid arthritis medications are to achieve remission and to prevent further damage of the joints and loss of function, without causing permanent or unacceptable side effects.

The type and intensity of rheumatoid arthritis treatment with medication depends upon individual factors and potential drug side effects. In most cases, the dose of a medication is increased until inflammation is suppressed or until drug side effects become unacceptable. The challenge of using medications is to balance the side effects against the need to control inflammation. All patients with rheumatoid arthritis who use medications need regular medical care and blood tests to monitor for complications. If side effects occur, they can often be minimized or eliminated by reducing the dose or by switching to a different drug.

Several classes of drugs are used to treat rheumatoid arthritis: nonsteroidal antiinflammatory drugs (NSAIDs), disease modifying antirheumatic drugs (DMARDs) (which include both traditional DMARDs and biologic agents), glucocorticoids, and, if needed, pain medications. The following are the different types of DMARDs: 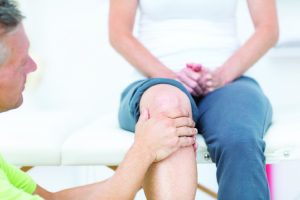 Treatment according to stages:

In the initial or proliferative stage, the changes that have occurred are still reversible and management is supportive: pain control; therapy to protect joints/tendons while maintaining range and power; and orthotics or bracing for joint protection. If swelling persists, the swollen synovial tissue may be removed from the joints or tendons. This procedure may be combined with other procedures, such as carpal tunnel or trigger finger release.

In the second or destructive stage, pain and swelling control continues; therapy and orthotics maximize function while minimizing deformity and a home evaluation may be necessary to assess the need for lifestyle modification or assistive devices.

Surgical intervention may include tendon reconstruction and joint realignment or reconstruction. In the final or reparative stage, the joints especially in the hand may have a very limited ability to move. Various surgical procedures can be used to improve the quality of function and appearance of the hand and wrist.