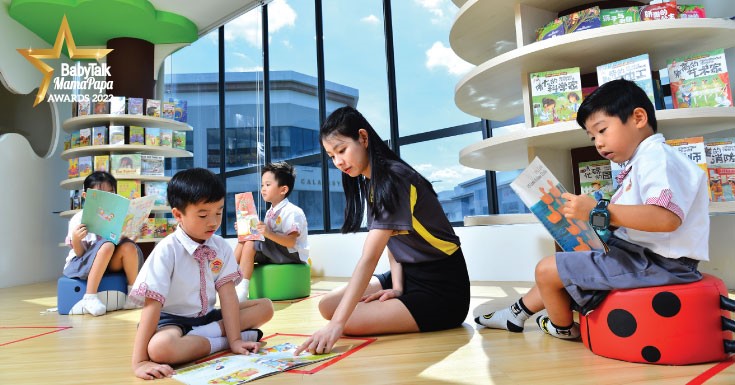 Learning the Chinese language, the world’s most frequently spoken language is a fantastic opportunity for children. It can lead to a plethora of professional opportunities later in life.

However, it is not easy to learn Chinese, especially when one is from a non-Mandarin-speaking family. As such, it’s best to start early, preferably at a reputable preschool like MyGenius Kindergarten, which welcomes children from all backgrounds.

MyGenius understands that it is essential for children to first learn to listen, speak, and comprehend, and then, later on, to read and write in Chinese. As such, their students learn Mandarin naturally through stories, rhymes, word recognition, daily conversation, songs, and games. They learn Mandarin in a joyful and stress-free environment because this is how they can master the language quickly.

They provide a well-balanced education to all students through these five key focus areas:

Its graduates can easily carry on conversations in Mandarin, and even children without a Chinese-speaking background will be able to identify at least 500 Chinese characters by the time they enrol in Chinese primary schools. And more than half of MyGenius students were able to recognise up to 1,000 Chinese characters upon entering Standard 1.

From as little as two weeks, all of MyGenius’ students demonstrated significant improvement in their Mandarin speaking skills. In just six months, more than 98% of their learners can speak Mandarin fluently and confidently. Many parents are thrilled when their children began speaking Mandarin at home in such a short time.

That said, while the main medium of instruction is Mandarin and English, MyGenius Kindergarten exposes its students to Mandarin, English, and Bahasa Malaysia in formal and casual settings daily. The children are encouraged to regularly converse and express themselves in these languages. Fluency in all three languages helps them transition easily to primary school, be it Chinese or national schools.

All of their teachers are Mandarin-speaking graduates who have specialised in Early Childhood Education. More importantly, they take it upon themselves to know their students well and keep track of their progress closely, providing parents with regular updates on their child’s development. The highly qualified and trained teachers will guide the students through thoughtfully curated programmes to instil confidence, high ethical standards, good moral behaviour, and character in each child. 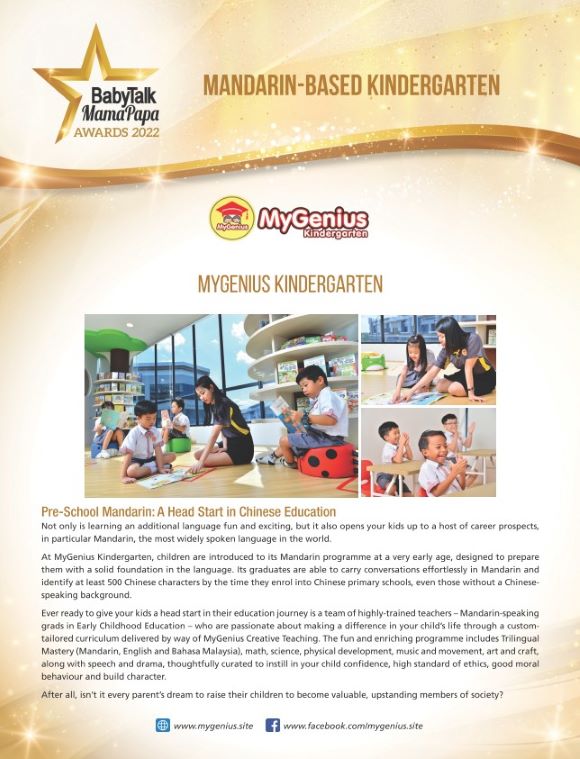