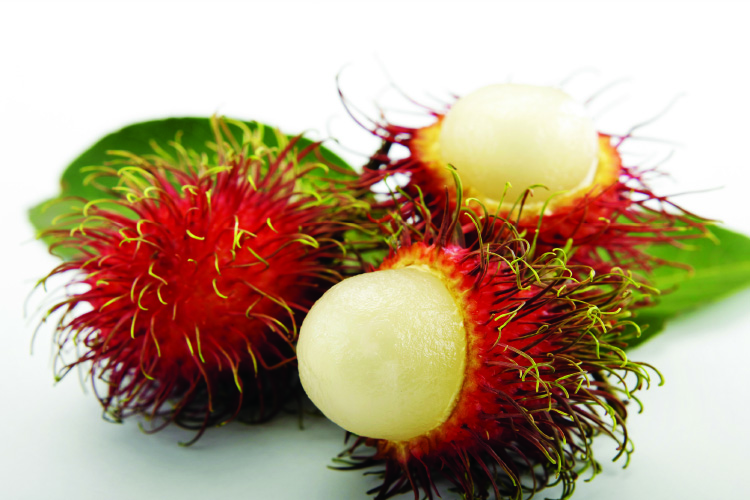 Rambutan is an exotic fruit native of Southeast Asia, and is said to have first appeared in the Malay Archipelago. A close relative of the lychee fruit, its botanical name is Nephelium lappaceum, of the Sapindaceae family. With pearl-like fruits within their hairy sea urchin shells, the rambutan is recognised by different names. For instance, in Panama, Costa Rica and Nicaragua, rambutan is known as mamon chino, in Guatemala, the fruit is known as lichas while people of Thailand refer to it as ngoh.