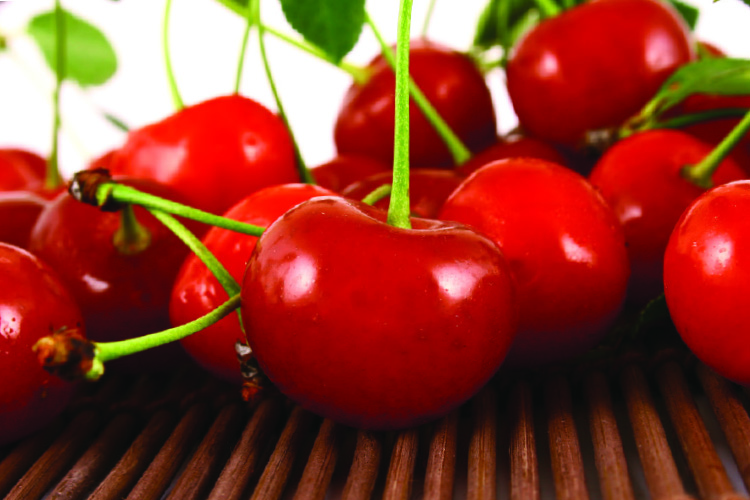 The cherry is one of the world’s oldest cultivated fruits, along with its cousin, the apricot. Cultivation dates back to 300 B.C. and its lineage dates back even farther. The common cherry tree, Prunus avium, is native to the temperate areas of eastern Europe and western Asia and is part of the Rose family. Its name comes originally from the Greek, and in Latin means of or for the birds, due to the birds’ obvious love of the fruit. The English word cherry originates from the Assyrian karsu and Greek kerasos. The tree was beloved by the Egyptians, Greeks and Romans both for its beautiful flowers and its versatile fruit.