Our Perfect Holiday: A Parent’s Perspective 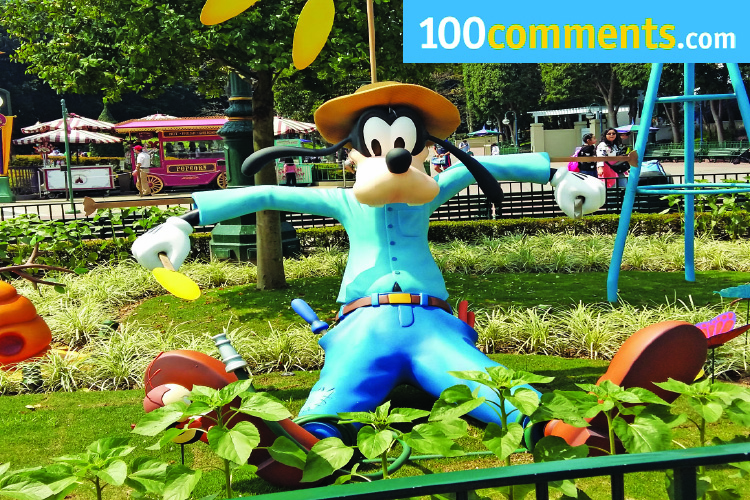 Despite the sun in the sky, the weather was chilly and the four of us bundled ourselves in semi winter clothing before heading off to Disneyland. Kirtu, my firstborn, had one too many hash browns at the breakfast buffet in our hotel and coupled with the fast and winding motion of our taxi, unfortunately threw up all over my husband just as we entered Disneyland Hong Kong.

Unperturbed by this, we cleaned her up and changed into fresh clothes, which thankfully I brought along and we charged along into Disneyland, prepared to have the time of our lives!

Disneyland was everything we expected it to be and much more. It felt as if we were transported to a magical land that was alive and abuzz with all the fantastical characters that we only saw on TV. Mickey, Minnie, Goofy, Donald and the Chipmunks even put on a march past and shows to entertain us. Needless to say, I was squealing and screaming even louder than my daughter! These were, after all, my favourite characters while growing up. Though the place was bursting at the seams with visitors due to the Easter holidays, we had a wonderful time. It was the first time our kids had gone on rides such as the carousel and flying saucers and the excitement and amazement of their faces spoke a million words.

By the end of the day, we were stuffed with caramel popcorn, greasy chicken wings (sold on the premises) and refreshing watermelon juice (available at push carts) and saying that we were exhausted was putting it mildly.

The kids dozed off in the taxi and my husband and I felt like sardines in a can amidst the dozens of bags that we had. Yes, my little girl had gone a little berserk at the Disney stores and bought enough toys and paraphernalia to start our own store at home. Oh well, it was Disneyland after all!

If there are two things Hong Kong is well known for, it has got to be the food and of course, the shopping.

We stayed at Causeway Bay which was apparently a haven for shoppers. A boon for me and bane for my husband as he watched me go on a shopping frenzy!

Many stores are overpriced but there were shops that had awesome deals for the bargain hunter in me.

After hours of shopping, the best way to wind down was with mouthwatering food so we chomped our way through different restaurants and even had a plate of Nasi Lemak, Hong Kong style. Yums!

My husband had some work matters to tend to on the 3rd day of our stay. Did that deter me from going out with the kids? Of course not! The hotel staff were a little perplexed that I would have to handle two young toddlers all by myself but I was used to it and was definitely not staying cooped up in the hotel room on such a perfect day.

Kirtu and I made a checklist of things to see and do, such as the tram ride, sight-seeing atop a double-decker bus, have a picnic in Victoria Park, walk along the busy streets of Hong Kong Central, make friends with local children, watch ships at the Harbour and other interesting activities.

Kirtu, (being Kirtu,) came up with her over the top idea of searching for a lion in busy Hong Kong and lo and behold, we bumped into one, albeit a stone one, outside a huge building in Central.

Trudging into the hotel room at the end of the day, I couldn’t help realise that every single bone in my body was aching while at the same time, every cell in my body was shouting out in joy as we had had such a lovely adventure outdoors, the three of us.

After a scrumptious breakfast at the hotel, we headed for the airport. A round of shopping for souvenirs and we were ready to board the plane to go home…to a mountain of laundry and tonnes of unpacking!

Farewell, Hong Kong, till we meet again another time!