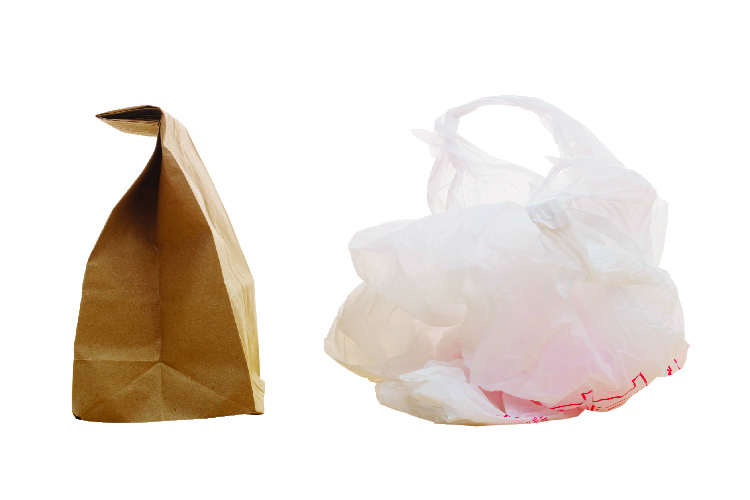 Is paper ‘greener’ than plastic?

This is why plastic bag ban has gradually been introduced by governments across the world since first enacted by San Francisco in 2007 (Charlie, 2007). Malaysia joined the wagon at the start of 2011 via ‘No Plastic Bag on Saturdays’ campaign in which 20 sen is charged for a plastic bag at hypermarkets, supermarkets and Petronas petrol stations. (Dharmender, 2011)

How plastic wounds the earth?

Right from the outset, plastic is destined to be a woe to the earth. A product of crude oil, the birth of plastic begins with a distillation process in an oil refinery. Such greenhouse gases as sulphur dioxide and carbon monoxide are by-products of the high-pressure breakdown process of crude oil.

Being chemically inert or chemically inactive to other substances, plastic is safe and convenient to use – we can store alcohol, soap, water, acid or gasoline in a plastic container without dissolving the container itself. On the other side of the coin, plastics do not decay, which means plastics remain on the earth for centuries. (Craig, n.d.) Therefore, plastic disposal is a tricky task. Given its persistent property, recycling is the best method of disposal. However, this depends on the plastic type – not all plastics are as recyclable as plastic bottles. 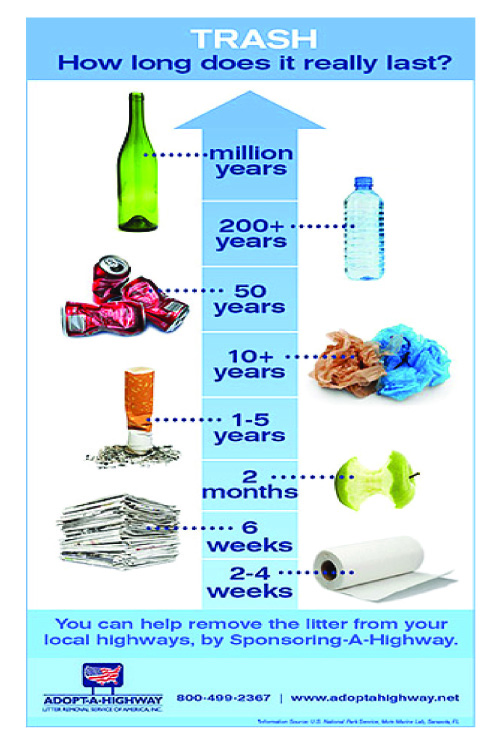 On this finite earth with the population projected to hit 9.6 billion in 2050 according to a United Nations report (2014), up from current 7 billion, landfilling is clearly an option that will take massive toll on the earth. Furthermore, being highly mobile (owing to its high air content), polystyrene foam often escapes from garbage bins and landfill in flakes, and eventually found in dead birds’ stomachs.

Incinerator combusts a problem but ignites another

Incineration sounds like a brilliant solution since it could transform plastic waste into ashes, thus, save spaces and circumvent the flaw of landfilling. However, consider this analogy – burning used plastics to produce energy for production of new plastics – a redundant process, right? Incinerators are only able to generate small amount of energy while destroying large amount of reusable materials. In addition, this costly facility poses potential health hazard. According to New York Department of Conservation, up to 14 times as much mercury was emitted by the state’s incinerators as coal-fired power plants per unit of energy in 2009 (Global Alliance for Incinerator Alternatives [GAIA], 2012).

On the other hand, newspaper is relatively more environmentally friendly, since it is derived from trees, without much involvement of chemical substances in its manufacturing process. Once not used, it can be easily dropped off at one of the newspaper recycling bins, where it will then be collected and transported to factories for recycling. After a series of processing work, the old newspaper will again see light as newsprint, tissue or corrugated packaging materials. Though, not all paper products remain valuable after consumption like newspaper.

…but newspaper is not equal to all paper products.

The nifty Starbucks paper cup is made from cardboard with a thin layer of plastic tightly attached to it, which serves to keep the coffee warm and to prevent itself from becoming soggy. Albeit, it also renders the cup non-recyclable (James, 2014). While pizza box, another paper-based material, is not fully recyclable. The problem lies in the grease, which will cause damage to the processing lines in the recycling process. The grease is inseparable from paper fibres, which forms the foundation of paper-based materials; without paper fibres, paper-based materials become obsolete (Science Centre, n.d.). This also explains why other food related items are non-recyclable (used paper plates, used napkins, used paper towels, etc.)

So what can you do?

If you are contemplating whether to purchase paper cups or plastic cups for your house-warming party (or whatever gathering you are throwing), save your time and mental energy ruminating on each option – get your phone and request your guests to bring their own utensils(citing that you want to go green makes a sound explanation). Not only you may gain respect for your environmental awareness, but it also means less post-party clutter to handle. A devilishly brilliant move indeed.

It is about minimalism

The examples cited here are an embodiment of minimalism – minimising use of resources and conserving energy consumption. It makes a useful rule-of-thumb in mitigating the damage we inflict on our already frail earth. Minimalist approach does not necessarily mean chucking all things out and living on subsistence level, it could be incorporated in small actions in our life, such as distinguishing necessity and vanity before making a buying decision. It is easier said than done, though. Making distinction between vanity and necessity is not as straightforward as it used to be, especially in this hi-tech world in which the advent of new technologies has become a norm, not a breakthrough. For instance, is Wi-Fi a necessity? This is a debatable. Albeit, in many cases it is still easy to recognise a necessity or vanity, with some consideration. Other small actions that could make a difference, which you may not be aware of: (Mother Nature Network, n.d.)

Instead of grabbing a bunch at once

Say no to straws

Especially when ordering at a drive-thru

But if you already have a nylon shopping bag, just use it – remember, minimalism.

Give up chewing gum

Most chewing gums are derived from synthetic rubber –a plastic.

Cardboard is easier to be recycled than plastic

Its heavy plastic packaging may bring you convenience you cannot bear parting with, but the chemicals in the packaging may make you budge.

Make your own fresh-squeezed juice or simply eat fresh fruits, your body will thank you too.