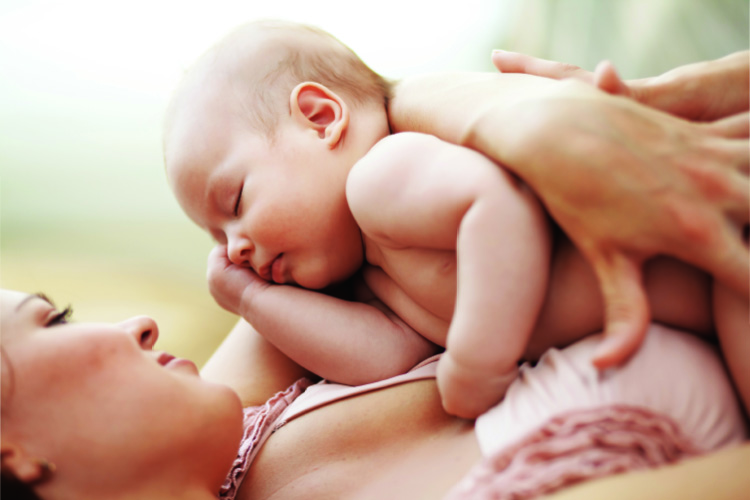 Confinement practices are essential in helping to ensure that a new mother and her baby recover in healthy ways. But some may be difficult to observe because they are too restrictive. Learn how to adapt to them and make it work for you.

Right after pregnancy, labour and birth, new mothers and their babies would need as much rest and recovery as possible. Here’s where traditional postnatal practices or confinement rituals are carried out to help them do so. During this time, mothers and babies are “quarantined” at home and do not see anyone other than their close family members until the confinement period has been completed.

For Malaysian-Chinese mothers, the confinement period would go on for an entire month, while Malay women would go through a pantang period for 42 to 44 days. For Malaysian-Indian confinement, the period varies between 30 to 40 days.

There are many restrictions during this time. Generally, the new mother would not be allowed to do any physical work or eat certain food types. A majority of these restrictions are usually traditionally based. For instance in Chinese confinement, mothers are asked not to wash their hair while cold air and foods are strictly taboo. This is because after labour, new mothers must retain as much heat as possible in their bodies to avoid health problems such as rheumatism, arthritis, headaches and body pains later in life.

As some of these traditional practices are sometimes purely taboo, they can pose to be a challenge for many modern-day mothers and they may be unable to follow them. Here are some ways to get around the challenges of common confinement no-nos:

01. No bath and no hairwash

Despite the concerns about cold elements during confinement, personal and genital hygiene is important at this time. To prevent infection and to keep your genitals clean, a daily shower is recommended. This also helps to prevent mastitis or breast infections if you are breastfeeding.

Confinement taboos also extend to prohibiting new mothers from drinking water as it is believed it may cause water retention in the body. Longan and red date tea are recommended instead but they may not provide mothers with sufficient fluid. Water is extremely essential for many bodily functions as it is also needed to replace lost fluid produced during breastfeeding. Additionally, new mothers may tend to sweat profusely due to hormonal changes – so whatever it is, water is a must. Good news is doctors say that there is no actual harm in drinking plain water after labour, so you can go easy on this one.

In a hot and humid country like ours, not allowing a flow of fresh air into our living spaces is extremely uncomfortable – more so when you are observing your confinement period. Optimal ventilation is actually important during this time. You may have a few skin conditions after pregnancy that do not tolerate sweat and heat well, so banning all forms of ‘wind’ may not be so helpful. Fans and air conditioners actually help to keep you and your baby cool so that heat rash doesn’t develop.

Each ethnic group usually have a narrow set of food types that are allowed during confinement. For instance, new mothers observing Malay confinement traditions are advised to take a lot of fresh fish such as snakehead fish (ikan haruan) which will promote healing internally. Like Chinese confinement diets, “cooling” elements found in foods such as cucumber, water spinach and coconut should be avoided during the Malay pantang period. Some of these foods are definitely very nutritious, but doctors advise against an imbalance diet which only focuses on a certain food group.