Oats: Health In A Bowl 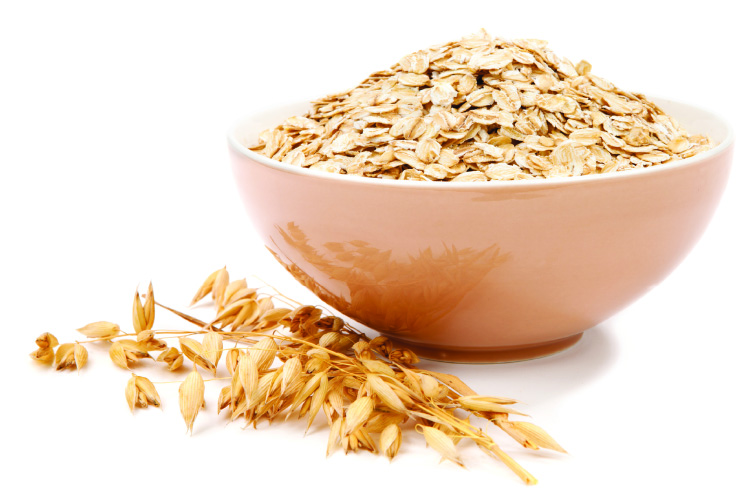 Oat (Avena sativa) is a type of grain. Oats are eaten by people in the form of rolled oats, oatmeal, oat milk, oat bran and oat flour. Oats require processing before they can be consumed by humans. They have an extremely hard outer shell, called a hull, which must be removed. After this is removed, the resulting product is called an oat groat. The groats are treated with heat in order to keep them from spoiling, and are cut into several pieces, creating an edible product called steel-cut oats. Steel-cut oats are flaked and steamed in order to make rolled oats; milled in order to make oat bran; and ground in order to make oat flour.

Oat milk is made by soaking ground oats in water, while instant oats are made by pressing rolled oats very thin and then pre-cooking them. Oat extract is made by heating together oat flour and water to high temperatures and then spinning it in a centrifuge. Oats are also used to brew certain types of beer, such as oatmeal stout. In addition, they are used to feed livestock and make livestock bedding. Oats are considered a health food, and oat extract is used in some skincare products.

Here’s how it works

Soluble fiber breaks down as it passes through the digestive tract, forming a gel that traps some substances related to cholesterol, such as cholesterol-rich bile acids. This entrapment reduces the absorption of cholesterol into the bloodstream. The bad cholesterol, LDL, is trapped without lowering good cholesterol (HDL). Oats are also one of the best sources of compounds called tocotrienols. These are antioxidants which together with tocopherols form vitamin E. The tocotrienols inhibit cholesterol synthesis and have been found to lower blood cholesterol. Oats, like all cholesterol-lowering agents, are most effective when consumed as part of a low-fat, high-fiber diet taken together with plenty of exercise.

Since Cardiovascular Diseases (CVD) is always in line with blood cholesterol level, a reduction of cholesterol level in body also reduce the risk of developing heart diseases. A daily serving of oats which is rich in Beta-Glucans can reduce Hypertension, or High Blood Pressure, and so reduce the need for anti-hypertensive medication. The beneficial health effects of oats are best if ½-1 cup (1½-3 ounces) of oats is eaten every day.

Besides this, the oat Beta-Glucans slows the rise in blood glucose levels. Control of blood glucose and insulin levels is essential in preventing many of the complications associated with Diabetes. Studies reported that regular intake of oats help lowering the risk of Diabetes onset in healthy individual and improving the level of blood glucose in Diabetes patients by exerting the beneficial effects of plasma glucose along with insulin response.

Here’s how it works

As the beta-glucan in the soluble fiber of oats is digested, it forms a gel, which causes the viscosity of the contents of the stomach and small intestine to be increased. This in turn slows down digestion and prolongs the absorption of carbohydrates into the bloodstream. This means dramatic changes in blood sugar levels are avoided. Other sources of soluble fiber are grains, fresh fuit and vegetables.

As the soluble fiber of oats is digested, it forms a gel, which causes the viscosity of the contents of the stomach and small intestine to be increased. The gel delays stomach emptying making you feel full longer which helps with weight loss. New research suggests that children between ages 2-18 years old who have a constant intake of oatmeal lowered their risk of Obesity. The research found that the children who ate oatmeal were 50% less likely to become overweight, when compared to those children that did not eat it.

Furthermore, the insoluble fiber found in oats has been shown to help in the problem of constipation as well as protect against Colorectal Cancer when consumed regularly. The insoluble fiber does not dissolve in water. It is spongy and absorbs many times its own weight of liquid. It makes stools heavier and speeds their passage through the gut, and then relieving constipation.

As mentioned, oats are rich sources of nutrition. Other than its dietary soluble fiber qualities, oat also contains significant amounts of vitamins such as Vitamin B1, B2, B3 B5, B6, B9, and Biotin and minerals like Calcium, Potassium as well as Magnesium. Oat also has a higher concentration of well-balanced Protein than other cereals.
It contains a good balance of essential fatty acids, which have been linked with longevity and general good health. So in other words, eat a cup of oats a day and you’ll be okay!