The Naked Truth about Acne Treatment 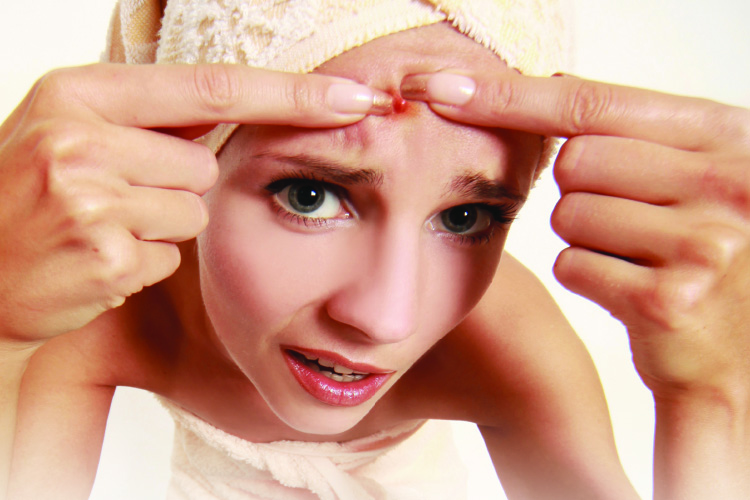 Acne is an acute inflammatory condition of the pores and skin.

The most common form of acne is Acne Vulgaris with whiteheads and blackheads being mild cases, papules and pustules being moderate ones, and nodules and cysts being the most severe.

Papules and pustules are a little more serious than blackheads and whiteheads. Both papules and pustules are inflamed and red. However, pustules have a white or yellow centre while papules don’t. The most severe cases of acne are nodules and cysts. Nodules are large, hard bumps under the skin’s surface which can be quite painful and worse, they can last for months at times. If left untreated, the nodules will flare up time to time. A cyst looks similar to a nodule except that it is filled with pus.

Adolescence is the time where the occurrence of acne – a condition that affects the skin usually on the face, upper chest and back – is most common, regardless of your gender. This is caused by the increase in the testosterone hormones which accumulates during puberty.

Although acne usually disappears over time – latest by the age of 25 – there are cases where this condition continues until the late thirties, forties or even beyond. Most people will be afraid of the scars that will be left behind. However, ultimately, the psychological effect is much more worrying; not only does it affect an individual’s self-esteem, it could even bring about depression or suicide. Since the teenage years are the time when an individual is most insecure, it is crucial to treat the condition early and actively to decrease the long-term impact to these individuals.

Keep your hands off!

Those who are having acne usually find it hard to restrain from squeezing their pimples. The ugly big pus is ripe and is screaming to be squeezed and let out but never give in to the urge to remove that unsightly thing from your face. Squeezing pimples, regardless of whether the pus is ripe or not, can leave unsightly scars on your face. These scars are almost permanent and are for sure not pretty. On top of that, getting rid of the scars is hard work which involves going to beauty centres for costly sessions. The scars also bring about low self-esteem.

Benzoyl peroxide has proven to be effective to many people in controlling their acne. Benzoyl peroxide works by killing the P.acnes bacteria that causes inflammation in blocked pores. Benzoyl peroxide can be obtained over the counter. You need to be patient though as it can take up to 3 weeks before the zit disappears.

It seems like many acne sufferers have a love-hate relationship with this common acne treatment – love the results but hate the side effects. Most benzoyl peroxide users will experience at least some drying. Besides dry skin, benzoyl peroxide can also cause:

Another option you can look into is salicylic acid. Instead of killing the bacteria, salicylic acid causes your skin to shed its outermost layer. With the removal of dead cells, you skin will be cleared of any blockages. Salicylic acid should be used regularly as any ceased usage will result in the pimples making a comeback. Remember to avoid using this substance on any irritated or sensitive skin as well as skin with cuts and sores.

It is time to ask for antibiotics if over-the-counter treatments do not work. Antibiotics damage the P.acnes bacterium which reduces the existing inflammation while preventing future bacterial growth through continued use. Tetracycline is one of the common antibiotics prescribed. However, do understand that there will be side effects involved, such as dryness, scaling or increased light-sensitivity.

If you have a really severe case that drugs and ointments fail to work, doctors would suggest to treat your acne is by using light and heat. Various forms of low-intensity lights (blue, red, green-yellow or a combination) will be used by using a wand-like device. This treatment is effective as long as it continues. Doctors will also use a special heat wand which shrinks the size of sebaceous glands, leading to a lower sebum production and acne.

Microdermabrasion is also one of the treatments available to get rid of acne. It works by gently blasting your face with particles of aluminium oxide, removing the outermost layers of the acne-filled skin. Each session of microdermabrasion costs an average of RM150 and one treatment per week is required to produce results.

Finally, the most drastic way of killing pimples is laser treatment. Laser works by heating beneath the skin’s surface, causing damage to the sebaceous glands that produces sebum. Although the surface of your skin is not affected, you will experience swelling and redness for one or two days after undergoing the laser treatment.