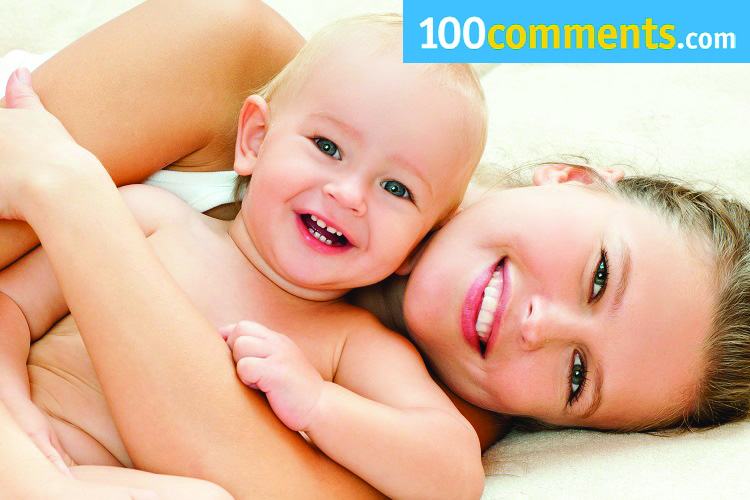 In this article, Gayatri Unsworth talks about her youngest daughter turning 3 and how much she finds herself missing having a baby in her home.

My second daughter turned 3 recently. Overnight my life, symbolically at least, went from having one toddler and one little girl in it, to all of a sudden, two proper little girls the next morning.

Surprisingly, I found myself saying goodnight to Chelsea on her last night as a two-year-old with a heavy heart. As I brushed back her curly halo to kiss her on the forehead, it occurred to me that I will never again have a toddler in my home. As I pulled up the covers and tucked her in, I realised how much she’d grown. How much she’d blossomed. How much she’d changed.

She was no longer a baby, no longer a toddler, no longer someone who fit neatly into my arms, snugly around my hips, head tucked in perfectly under my chin. There, in her little bed, lay a little person with her own unique ideas and opinions, made so obvious by her carefully chosen pyjama ensemble which included a bright red Santa hat. My heart got a little bit crumbly as this new reality hit home. I was no longer mama to a little baby.

As much as Jasmin, my first-born introduced me and subsequently taught me every minute detail of being a mother, everything was novel and therefore new and exciting with her. I was so overcome with all of the fun and enthusiasm that first-time motherhood offered that rather than taking a little time to pause so that I could reflect on and understand the profoundness of each experience I had with her, I woke up each day ready to jump out of bed for a new adventure.

Everything was exciting and thrilling with my first-born. Even tantrums, melt-downs and cheekiness, because it gave me the opportunity to test the water and try out the ideas and techniques that I had only read about before. I never truly valued the preciousness of every single parenting moment, choosing rather to indulge in the instant gratification of discovery along with her.

When we first had Jasmin, for a very long time thereafter, we were fixed on the idea of not having any more children. I did not believe that I could ever love another child the way I loved her. Yet, from time-to-time, a teeny tiny part of me would wonder if someday I would change my mind. And over time, that teeny-tiny part grew just that little bit bigger every day until one day, I knew in my heart that I was ready to share my life with a second little person. And thus began the story of Chelsea.

Motherhood with Chelsea has been different. Whilst I haven’t had mummy-firsts with her, well except for that one lovely time she lifted my dress in the middle of a very busy supermarket and showed everyone that I was a Bonds girl (not physically I’m afraid, just in terms of inner garment branding), I’ve had many mummy-lasts.

Chelsea is my last baby. We won’t be having more so there is no little prospective bun in the oven that will someday fill this strange odd void I find myself currently feeling. There won’t ever again be someone learning how to clamber all over our furniture and toddle precariously up our stairs. There won’t ever again be someone opening the fridge door repeatedly and staring curiously at everything in it (not until my girls are teenagers at least I suppose). No longer will there be baby-babble and toddler-muttering ringing out through the hallways. There will not be a 2-year-old waking up every morning, cuddle-friend in hand, ready to start a mutiny against having a shower and eating breakfast. Ok, maybe I am being a little hopeful and unrealistic; I am sure that last bit will last for a few more years at least.

On many occasions during the last 3 years of Chelsea’s life, after particularly long days of being a full-time mum at home, I have sunk my tired self into the couch and wished for the terrible toddler days to be over and done with but suddenly, once this much longed for day was actually upon me, I suddenly wasn’t all that sure about bidding adieu to my 2-year-old.

Whilst I knew that she would wake up very much the same the next morning, (and for the record, she did. She had a mini-throwback to the terrible twos because the breakfast of banana porridge which she had requested earlier that morning was not the bowl of cereal she had suddenly decided she wanted. She did give in, in the end and eat the porridge but my ears are still ringing from the bawling I had to listen to for a good half an hour) I also knew that I was not too far off the day where she would wake up one day, just as her sister did, and no longer be the same; no longer depend on me as much.

Despite having only been 3 years of age for barely a week at this point, Chelsea is already showing signs of being a lot more grown up. She asked to be left alone a few days ago when her big sister upset her and proceeded to lie on the floor and quietly work through her emotions. In the past, she would have had a little tantrum complete with stomping feet, flailing arms and operatic vocals. She had her daytime nap in her own room yesterday (up until this point, she only slept in her own room at night) and was okay with me not being in there with her. As I stood outside listening to her very interesting monologue, it occurred to me that this was a small glimpse into the years to come; yet another new phase of my life in which I will be required lesser and lesser as my daughters grow.

It’s a bittersweet emotion, watching your children discover their independence and assert their individuality passionately. I find myself so immensely proud of them; when I see my eldest tie her own shoelaces and listen to her as she reads a book to me or when I watch my youngest make her own bed or help me with the dishes, I am filled with a great sense of awe, and I feel a degree of comfort that both, them and I, appear to be on the right track. Nevertheless, I still miss doing those things for them.

I miss being relied on so very much.

I would like to think that I have cherished all of the time I have had with my daughters thus far but I also know that I haven’t fully paused to celebrate their presence in my life every single step of the way. There have been times where I allowed the stresses of being a mum outshine the insurmountable gratitude I feel for being blessed with my daughters and for having the privilege of raising them. So as I enter this new stage of motherhood, I hope to always remember that my children will grow up in a blink of an eye, and to therefore cherish every single moment I have with them.