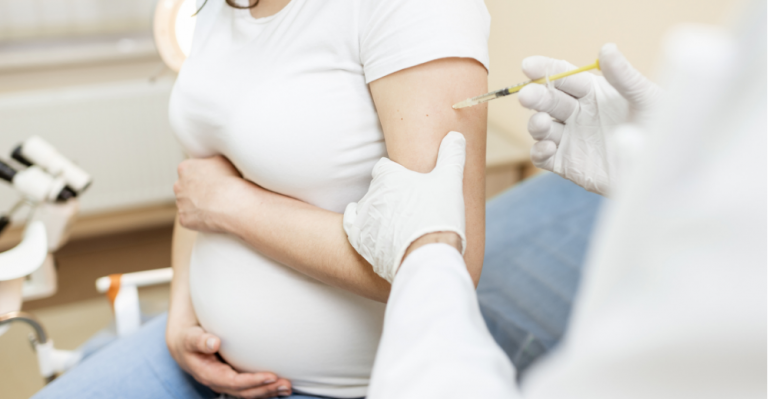 Amidst a heightened Covid-19 pandemic, we are reminded that we must, more than ever, address other life-threatening vaccine preventable diseases (VPDs) such as pertussis (whooping cough) that we can easily protect our most vulnerable group of young infants from. Maternal Immunization (MI) – vaccination for pregnant mothers – has been touted by medical experts as the safest and most effective preventative method to protect young infants from infectious VPDs, thus saving lives.

A public awareness campaign themed Protect Me, To Protect My Baby has been introduced by obstetricians and gynaecologists to focus on the gravity and severity of pertussis (whooping cough) on young infants and the importance of MI in providing protection to young infants from VPDs such as this. To that end, for the first time in Malaysia, a 3-in-1 Tdap (tetanus-diphtheria-pertussis) vaccine has been approved to be administered during a mother’s 2nd and 3rd trimester of pregnancy, to protect newborn infants at their most vulnerable, before their first active vaccinations at 2 months old.

“Maternal immunization is not talked about enough as being the safest and most effective way to protect our young infants from diseases that would otherwise threaten their lives,” said Dr Patricia Lim Su-Lyn, a Consultant Obstetrician and Gynaecologist (O&G) in private practice. “When a pregnant mom is vaccinated, her body gets protected, the protection is passed on to the baby, and the baby is born already with some protection against diseases like pertussis (whooping cough), diphtheria and tetanus. 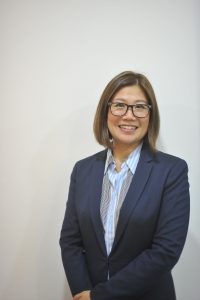 “We see an urgent need for maternal immunization education for all pregnant moms out there who want to do everything they can to keep their little ones safe and healthy, including being vaccinated themselves so that the baby gets the early protection,” added Dr Patricia.

The 3-in-1 Tdap vaccine now approved for pregnant mothers has been shown to significantly lower morbidity and mortality in young infants. The Malaysian Society of Infectious Diseases and Chemotherapy (MSIDC), alongside multiple countries worldwide, recommends that all pregnant women receive a dose of the Tdap vaccine, best administered between the 27-36 week gestation of a woman’s pregnancy, as it reduces by over 90% the young infant’s risk of getting infected by pertussis (whooping cough) and reduces by 95% death due to pertussis (whooping cough) in babies 3 months and below1,2,3 (WHO VPDs monitoring system, 2020 global summary). The global burden of pertussis in infants younger than 1 year old (2014 estimate) is 5.1 million cases, with 50% requiring hospitalization and 85,900 pertussis-related deaths.

According to World Health Organization (WHO) 2019 and a news release in 2020 from the desk of the Director General (DG) of Health Malaysia, there has been a rise in pertussis (whooping cough) incidences from 8 cases in 2005 to 915 in 2019.4,5 Reports also indicate that 86% of lab-confirmed cases were in infants below 1 year of age and 74% of lab-confirmed cases in infants below 6 months old based on a study amongst children in 2013-2014.6

“The 3-in-1 Tdap vaccine seals the protection gap where a young infant is at imminent risk of being infected by life-threatening VPDs such as pertussis (whooping cough) before the first scheduled vaccination with our National Immunization Program (NIP) on the child’s 2nd month,” added Dr Patricia.

Dr Patricia encourages all pregnant mothers to talk to their doctors about MI protection for their young infants from pertussis (whooping cough). “As a pregnant mom, this is a small step with big impact for your little one and your family. It’s easy!” she said. “Ask your doctor (Obstetrics & Gynaecology) for the 3-in-1 Tdap vaccine that will give your little one the passive protection against 3 VPDs: pertussis (whooping cough), diphtheria and tetanus.”

The Severity of Pertussis (Whooping Cough) 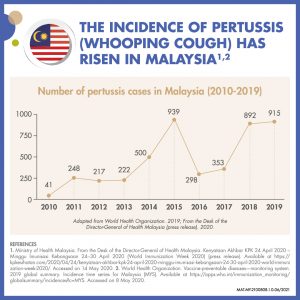 Pertussis (whooping cough) is an acute respiratory tract infection caused by the Bordetella pertussis bacteria. This disease is highly contagious, more so than other infectious diseases as a single infected individual can potentially spread/transmit pertussis to 17 other individuals. There is an 80% secondary attack rate amongst susceptible household contacts.7 Pertussis (whooping cough) is also a frequently overlooked disease that without vaccination was previously a common cause of morbidity and mortality in children. In severe cases, pertussis can lead to pneumonia, convulsions and brain damage. About 75% of pertussis-related deaths involved children aged below 3 months.8 Pertussis (whooping cough) patients are sometimes misdiagnosed with diseases such as tuberculosis (TB).