Home › Blog › The Many Reasons for a C-Section

The Many Reasons for a C-Section 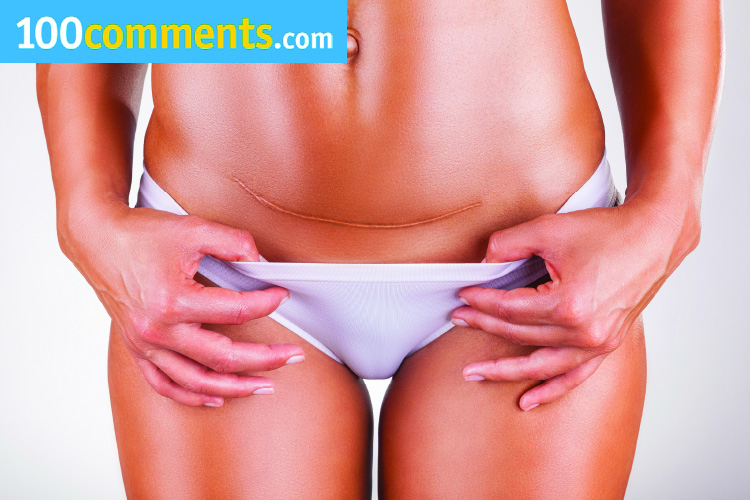 Countless women today have to thank their lucky stars for the popular surgical procedure called cesarean section. A cesarean section may be defined as a birth that occurs through an incision in the abdominal wall and uterus rather than through the vagina. There has been a gradual increase in cesarean births over the past decades, where they are recommended by doctors to women who are medically incapable of going through a vaginal birth, or if a baby’s life was at risk. Read on…

While there might or might not be a real need for a woman to undergo a cesarean section, there are still reasons that exists to have one! Here are some of the popular reasons why women might have to, or choose to, have a C-section instead of a vaginal birth.

In emergency cases where either the mother or baby is found to be in certain distress due to unprecedented complications, the best solution will be to have a C-section. The following are some such cases.

One in approximately 1,500 births may see a condition called uterine rupture. It’s when the uterus tears during pregnancy or labor. This can lead to hemorrhaging in the mother and it may also interfere with the unborn baby’s oxygen supply. Uterine rupture is one of the many legitimate reasons to undergo an immediate cesarean section.

When a fetus has settled into a breech position, a vaginal delivery can still be done under certain circumstances. For the record, there are ways to turn the fetus around, but not without some expertise and of course, extra effort. However, in most cases today, the situation would call for a cesarean section, especially if the baby is in distress or has a prolapsed cord (which is more common in breech babies).

This is the separation of the placenta from the uterine lining that usually occurs in the third trimester. Approximately 1% of pregnant women will experience placental abruption. When this happens, there will be bleeding from the site of the separation accompanied by pain in the uterus. This separation can interfere with oxygen getting to the baby, and depending on the severity, an emergency cesarean will be called for.

In some cases, as a pregnant mother’s due date nears, oxygen supply to the baby may deplete, causing distress to the unborn child. If fetal monitoring detects such a problem with the amount of oxygen that is reaching the baby, an emergency cesarean may be performed.

Failure To Progress In Labor

A labor is considered failing to progress when the cervix has not dilated completely or the labor has slowed or stopped. Sometimes, the baby might even end up in a position which hinders a vaginal birth. Since the first phase of labor (0-4 centimeters dilation) is almost always slow, these can be properly diagnosed once the second phase of labor is in progress (beyond 5 centimeters dilation).

In many cases, a cesarean section has to be scheduled beforehand in the best interest of the mother and/or baby. There could be a number of reasons for this.

If a pregnant mother develops gestational diabetes during her pregnancy or is diabetic, complications may arise during the time of delivery, or she may even have a large baby. In any case, having diabetes increases the chances of having a cesarean delivery.

While twins may be safely delivered vaginally depending on their positions, estimated weights, and gestational age, it might not be the same with multiples of three or more. In cases of multiple births, a scheduled C-section would be the safest and most reliable decision.

This is a common but dangerous pregnancy condition involving high blood pressure. This condition could prevent the placenta from getting the proper amount of blood needed, decreasing oxygen flow to the baby. In many cases such as these, an early delivery is recommended to decrease possible risks to the baby, where in severe preeclampsia, the delivery is done through a cesarean section.

C-Section by own choice

C-sections has somehow evolved into optional procedures today. In other words, there could be absolutely no need for a woman to be cut open, but if she chooses to give birth this way, then so be it, so to speak. The orthodox-ed might be shaking their heads in disapproval, but the rest of us just have to move along with the times and let the maternity/medical establishments do their jobs. Here are some reasons why a number of women are opting to have cesarean births.

Scared Of The Pain Of Labor And Childbirth

To many women, the guarantee of anesthesia that accompanies major surgery, seems like a more attractive choice than the uncertainty of pain management during labor and delivery. For instance, some women worry that the epidural won’t work well or that they may not get a chance to even have one! Horror stories of labor and birth are largely to blame for this needless fear and worry and why countless women promptly schedule themselves for a C-section birth.

With a planned C-section, one gets to pick a date (from the time frame given by the doc, of course!), to give birth on. There will be no need to wait for labor to begin, or even go through labor pains even. In a way, it would be nice to have an actual set date for your baby’s arrival, for by then, you would surely have everything in place and ready to go. However, do keep in mind that things can get tricky for practically any mum during the third trimester and your baby could very well decide to debut before your chosen date!

Many women who give birth vaginally do have some degree of tearing in the vagina or the perineum – the area between the vagina and the anus, but the vast majority of tears are either superficial tears that cause little discomfort, or lacerations that may require stitches but usually heal well within a short time. Unfortunately though, this goes down as yet another reason why a woman may opt for a C-section instead of a vaginal birth!

With scheduled C-sections, many women have reported to feel more in control over an otherwise inherently unpredictable experience. Furthermore, if you knew when your baby will be out, you could plan more easily for the weeks to come in terms of getting help from family, maternity leave, and other post-baby needs. As the trend of convenience grows, more and more women now find that it would be better to relax and enjoy those last few weeks instead of waiting anxiously for contractions to kick in and labor to begin, which can happen at any moment.

Time changes everything, they say, but we never thought we’d see the day when time changed the way women gave birth! Cesarean births seem to be more than just emergency procedures these days, for more and more modern mums are actually pre-planning these ‘cut-out’ births, on chosen dates no less!