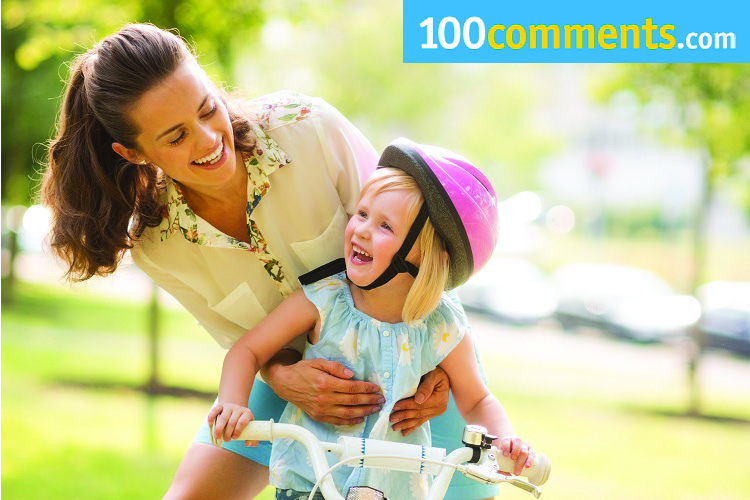 The phrase technology savvy is an understatement when it comes to my two and a half year old toddler, Kirtu. At her young age, she is adept at scrolling for her favourite nursery rhymes and animated series on YouTube, has taken a selfie with my smartphone and subsequently posted it on my Facebook timeline and she has discovered a few shortcuts that my husband and I never knew existed on the iPad.

Kirtu’s exposure to the wonderful world of the Web started at a mere age of 6 months, only because I needed some foolproof method of distraction so I could empty my on-the-verge-of- rupture bladder without having a baby clinging on to me! There were days I needed to cook or have a quick cup of coffee to recharge and at these times, my trustworthy IPad came to the rescue.

I started her off with photos and videos of herself but somewhere along the way she progressed to nursery rhymes, audio books and educational cartoons. When my second child came along earlier this year, I had to resort to more screen time on certain days. It was a real struggle coping with a spirited toddler and a newborn who was constantly in growth spurts and having colicky, fussy days. Kirtu would use the iPad when I needed to breastfeed or tend to her baby brother. It wasn’t an ideal situation but it was the best I could do to keep everyone calm for that moment!

While my toddler was well on her way to becoming the next IT prodigy, my anxiety levels were escalating. Yes, her vocabulary had improved by leaps and bounds. She had even developed a sense of humour and wit from watching her favourite educational cartoons and was able to effortlessly converse with people. However, I was afraid that all that screen time would make my little girl an introverted child who lacked age appropriate social and communication skills. I feared that she would become anti-social and rather spend time indoors with her tablet than running around in the park or swimming in the pool. In short, I was afraid that she would stop being a child.

Studies have also shown that too much screen time had deleterious effects on a child’s behaviour, causing sleep pattern disturbances and altered behaviour with increasing occurrences of tantrums, reduced attention span and poor performance at school. I knew it was time for me to act and change the situation.

I invested in several props to make the weaning process fun for Kirtu. My arsenal ranged from a cheap inflatable pool, loads of plain flour, mahjong paper, paintbrushes, basic stationery, a DIY sock puppet kit and lots of scrap material that I salvaged from our store room. I also drew up a relaxed schedule which included lots of sensory play and some outdoor activities.

Kirtu woke up in the morning and asked for the iPad. I suggested that we go to our little patch of garden out in the front and watch the birds flying past. I made up a game of who could count more butterflies and persuaded Kirtu to play with me. It was tough carrying my wriggling baby on my hip and running after butterflies but I was determined. We watched cloud formations, a bee buzzing past, butterflies flitting in the sunshine and I even gave Kirtu an amateur lesson in botany. Ok, ok… I showed her our aloe vera plant.

After breakfast, baby Kylash wanted to nurse and sleep. This was when I would conveniently give Kirtu the iPad, but today I nursed while softly telling the story of Cinderella to my girl. Soon baby was asleep and I snuggled up with Kirtu and continued the story. So far so good. We read a little, played with blocks and made a makeshift tent. Once baby woke up, all three of us got into the tent, pretending we were cave people from the Ice Age. We built our imaginary bonfire to ward off sabre toothed tigers and mammoths and we pretended to roast hunks of meat and chomped on them (leftover French toast from breakfast).

After the kids’ noon nap, it was time to make a mess! I got out the flour and let Kirtu roll out some dough. We made shapes with my cookie cutter and again we pretended that I was a baker and Kirtu, the customer. At the end of Day 1, I came to realise that the iPad was only used for a mere half an hour, to listen to an audio book. I felt accomplished!

Kirtu woke up and asked for her iPad. I suggested that we go out for a swim. She was thrilled beyond words. I got the inflatable pool out and the three of us climbed into it! Kirtu was drenched but I could see her face light up like a million light bulbs.

Apart from the usual reading, we also painted and printed with vegetable cut outs. I wanted paints that were safe for my toddler to use, bearing in mind that some paint might even find its way on her face or mouth! I decided to make my own paint with flour and vegetable dyes. We dipped our hands and feet and stomped on mahjong paper. The mess in the hall was of epic proportions but we were having fun and it was nothing a little soap and water could not get rid of.

Kirtu woke up and headed straight for the door. We went for a short walk down the road and came home and blew bubbles. I fashioned a loop out of some metal wires and made a bubbly concoction with dishwashing liquid and soap powder. Kirtu had never seen bubbles floating around before so she had amazement written all over her animated face. It was pure joy to see her so happy. In the course of the day we painted some more, had a dance party (we used the iPad for music) and pretended that we were on a jungle safari.

By the first week, we were down to almost negligible usage of the iPad. I also saw a certain glow in the face of my toddler and even my baby seemed less fussy. The outdoors must have done us all some good.

Then came the dreaded haze! We were stuck indoors for days and boredom crept in so Kirtu fell back on the iPad for a few days. I needed a new plan of action! Arts and crafts to the rescue!

I got out the DIY sock puppet kit with its balls of multicolored yarn, felt and pipe cleaners. We were going to make puppets and stage a mock play for Halloween. Well at least that was the goal. I cut out eyes and ears and noses and lips while I guided Kirtu to glue the bits. In the mean time Kylash would entertain himself with a sock or a ball of yarn! We made ‘hairy monsters’ out of wooly bits, a 6 legged spider (we were out of pipe cleaners) and a felt witch with her own broom.

In a nutshell, I did manage to wean my girl off extended screen time. It was a lot of sweat and a little tears, both from her and me…but we got there. My little computer whiz still loves her iPad but she also immensely enjoys jumping in muddy puddles and making egg carton crocodiles and painting with her fingers. Mission accomplished!