The Hidden Dangers of Adult Asthma 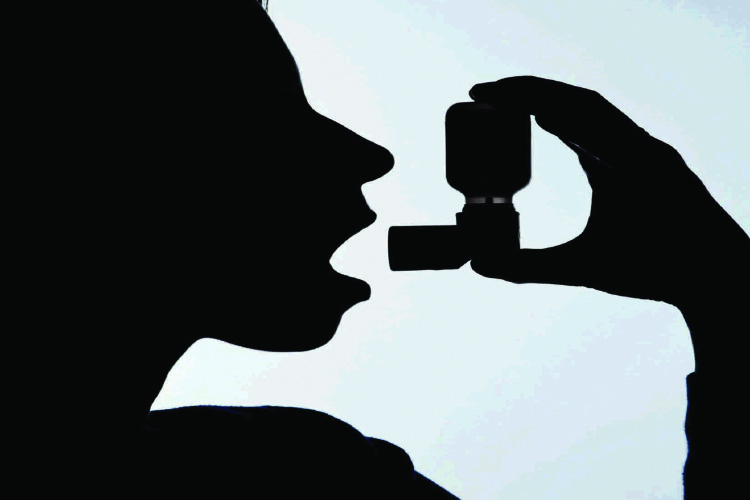 Bronchial asthma is a common chronic disease that affects millions of people of all ages in all parts of the world. The most recent revised global estimate of asthma suggests that as many as 334 million people have asthma, and that the burden of disability is high. The human and economic burden associated with this condition is severe. Worldwide, the economic costs associated with asthma are estimated to exceed those of TB and HIV/AIDS combined. In Malaysia, based on the Third NHMS , the majority of Malaysians affected by asthma ranged from 20-49 years old and more than 50% of asthmatics had unscheduled visits to their doctors.

Asthma is a chronic inflammatory disease of the airways that causes periodic “attacks” of coughing, wheezing, shortness of breath, and chest tightness. Wheezing can be described as a high-pitched whistling sound heard during breathing especially when breathing out. As mentioned earlier, wheezing does not always occur.

Asthma has two main components that make it tough to breathe: inflammation (swelling and excess mucous build-up in the airways) and airway constriction (tightening of the muscles surrounding the airways). Sometimes asthma symptoms are mild and go away on their own or after minimal treatment with asthma medicine. Other times, symptoms continue to get worse. When symptoms get more intense and/or more symptoms occur, you’re having an asthma attack. Asthma attacks also are called flare-ups or exacerbations.

It’s not clear exactly what causes asthma, although it is likely to be a combination of factors. Some of these may be genetic. However, a number of environmental factors are thought to play a role in the development of asthma. Although the cause of asthma is unknown, a number of things can increase your chances of developing the condition. An individual has a higher risk of developing asthma if they have a family history of asthma or other related allergic conditions (known as atopic conditions) such as eczema, food or drug allergies or hay fever. Besides that, any individual who has a co-existing atopic condition also stands a higher chance of developing bronchial asthma.

Research has also revealed that childhood history of bronchiolitis (childhood lung infection) also increases your risk of developing asthma. Exposure to tobacco smoke during childhood and in particular a history of maternal smoking during pregnancy has been proven to be risk factors for developing asthma later in life. It has also been shown that, children who were born prematurely and required ventilator support after birth increased their risk for asthma. Another risk factor is intra-uterine growth retardation (low birth weight as a result of restricted growth within the womb).

Some people may also be at risk of developing asthma through their job. This form of asthma has been called Occupational Asthma. Some of the most commonly reported causes of occupational asthma include exposure to isocyanates (chemicals often found in spray paint), flour and grain dust, latex and wood dust. Occupational asthma usually affects paint sprayers, bakers and pastry makers, nurses, chemical workers, animal handlers, welders, food processing workers and timber workers. An individual may be at an increased risk of developing occupational asthma if you are regularly exposed to substances such as these through your work.

In asthmatics, the small tubes (bronchi) that carry air in and out of the lungs become inflamed and more sensitive than normal. This means that when you come into contact with something that irritates your lungs (a trigger), your airways become narrow, the muscles around them tighten, and there is an increase in the production of sticky mucous (phlegm). There are a wide range of asthma triggers and these triggers vary from individual to individual. Respiratory tract infections particularly affecting the upper airways such as colds and the flu are a common trigger for an asthma attack. Exposure to allergens such as pollen, dust mites, animal fur or feathers can also precipitate an attack. This is why clinicians usually enquire on exposure to pets during their initial evaluation of patients suspected of asthma.

Airborne irritants such as cigarette smoke, chemical fumes and atmospheric pollution are also important triggers for an acute exacerbation of bronchial asthma. The recent haze situation we faced in our country as a result of open burning of forests, caused a steep increase in the number of asthma related hospitalisations. There are interestingly a number of individuals who actually experience worsening of their asthma control when exposed to certain drugs in particularly a class of painkillers known as non-steroidal anti-inflammatory drugs (NSAIDs) which includes aspirin and ibuprofen. Certain drugs used for high blood pressure and heart conditions such as beta-blockers have also been known to worsen asthma control.

Other possible triggers include foods containing sulphites such as concentrated fruit juices, jam, prawns and many processed or pre-cooked meals. Attacks can also be precipitated by food allergies (nuts) or extreme emotions such as stress. Weather conditions such as sudden change in temperature, cold air, poor air quality and hot humid days can also induce an asthmatic attack There is also an entity called exercise induced asthma which occurs in certain people. Indoor conditions such house dust mites and chemical in carpets and flooring material can also act as an asthmatic trigger.

How does someone die from asthma?

Asthma mortality is increasing worldwide, yet fatal asthma is preventable. Failure to recognise the severity of asthma and failure to respond with sufficiently intensive treatment (under-diagnosis and under-treatment) are common causes of asthma deaths. It is estimated that the risk of death from asthma is 1 in 10,000 persons with asthma.

Among persons with severe disease, the risk increases to 1-3 per 100 persons. Any person who has suffered an episode of respiratory failure due to asthma has a risk of 1-2/10 persons of dying from asthma over the next 10 years. A number of clinical characteristics, some related to asthma and others related to the patient’s general physical and mental condition, can help to identify a patient at increased risk for dying from asthma. These include the presence of severe, persistent asthma; large swings in peak expiratory flow (reflecting exaggerated bronchial hyper-responsiveness); prior history of respiratory failure due to asthma; recent hospitalisation and recent dose reduction of prednisone; poor access to emergency health care facilities; and depression or other psychologic states that interfere with effective chronic disease management.

Most asthma fatalities are the culmination of deteriorating lung function that occurs over a period of several days. In a minority of cases, the attacks appear to have evolved over a very brief time span, perhaps over minutes to only a few hours. There is some evidence that these “hyperacute” attacks represent a distinct entity. This entity is also called brittle asthma or difficult to treat asthma. These patients tend to move from a stable condition to a life threatening condition very rapidly and can result in death if not given immediate medical attention. This can result in sudden death.

How is it treated?

Asthma is a long-term disease that has no cure. The goal of asthma treatment is to control the disease. Good asthma control prevents chronic symptoms and reduces your need for quick relief medications. Besides that it ensures that you maintain a good lung function and normal activity level and sleep.

The most preferred long-term control medicines are inhaled corticosteroids. They are the most effective option for long-term relief of the inflammation and swelling of the airways which are due to airway hyper-responsiveness to allergens. Other long-term control medicines include inhaled long-acting beta2-agonists (which are added to inhaled corticosteroids to improve asthma control by opening up the airways), leukotriene modifiers (which acts by blocking the chain reaction that increases airway inflammation).

The first choice for quick-relief medicines are inhaled short-acting beta2 agonists (which acts by quickly relaxing the tight muscles around the airways during a flare up).

Patient education about asthma and its management is a crucial element of fatality prevention. Good asthma care includes encouraging regular use of preventative medications, discouraging overreliance on the short-acting inhaled beta-agonist bronchodilators, and emphasising allergen avoidance and environmental control measures that will reduce exposure to the inciters of asthmatic attacks among patients. It is also important to empower to monitor and assist in the management of his or her asthma.

Therefore although bronchial asthma is rarely curable, by adhering to the proper usage of medications and understanding the nature of the disease, it can be controlled to ensure a healthy and balanced lifestyle.