Guide Your Kid’s Thoughts for Success 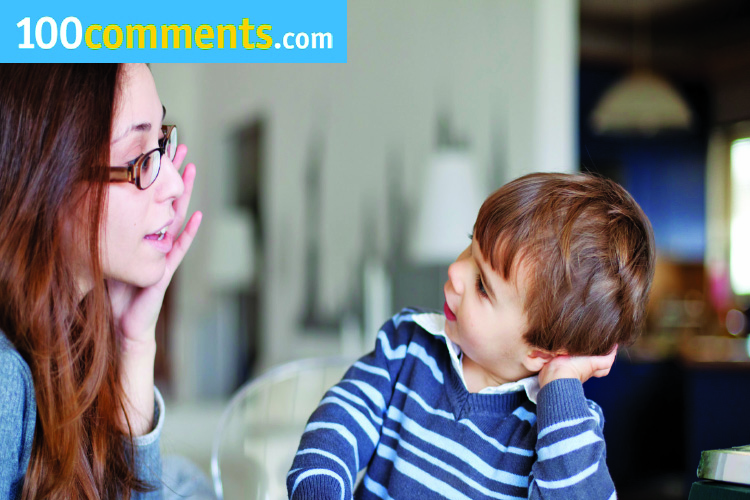 It’s a tough call being a kid in today’s society. There are so many decisions and choices to make at such a tender age and if that’s not enough, there will be pit-falls and wrong turns to deal with. For kids to be able to make good choices in life, they first need to be able to think clearly and efficiently.

Let’s see what we can do to veer them into the right part, so we don’t have to ask the dreaded question: What were you thinking?

Children learn the fastest from the people closest to them. If parents exhibit the habits of thinking before acting or reacting, children will be bound to do the same. Show your child at every possible opportunity, how you make decisions and share the thoughts behind those decisions as well. This will help your child understand more about the importance of thinking carefully before making a decision.

Allow them to make some choices

Yes, it’s understandably easier to just make the decision and be done with it when it comes to a kid – For example, you pick an outfit and junior wears it. Life is somehow simplified when you take full charge instead of dealing with wrong choices. However, you are unwittingly also taking away excellent learning opportunities for your child’s young mind to think before deciding. Try instead to get junior to pick between a few pre-selected outfits. Self-confidence in young ones are built when they know that their input counts for something.

The last thing growing children need is to feel as if they need someone else to tell them what to think or feel. Instead, ask them what they think about the situation, and what they believe the best choices are and the possible outcomes too. Encourage them to talk about a decision they made and why. Explain and offer advice only if and when needed, or to avoid a possible dangerous or bad outcome.

Refrain from taking kids on guilt trips. A child needs to know that bad decisions come from lack of thought and not because he or she is a bad kid, so do choose your words carefully. So, instead of telling them they are bad or wrong, use phrases like “You might want to think it over next time”. This prevents children from feeling personally attacked, and helps them understand that it’s their decisions you are unhappy with, not them.

A child does not get to learn much about thinking and the extended outcome of good decisions if they are only interested in the immediate incentives like rewards, especially if there are always rewards for doing the right thing. Using rewards (or threats!) to influence their decisions will only serve to convince them that they aren’t capable of making good choices without external incentives.

Don’t hold back on necessary discipline

Children need to learn that there are consequences for inappropriate actions and that making the wrong choice will lead to disciplinary action, aka punishment. Indirectly, the act of disciplining a child will encourage deeper thoughts before making future decisions.

Explain the reasons for your house rules

Every home has house rules that children are expected to follow. Most parents don’t really give much thought into explaining the reasons behind these rules to their offspring, which means that rules are being followed blindly without much thought. Explaining rules to kids will help them understand that they are there because you had their safety/well-being, etc in your own thoughts.

It’s all too easy to exclaim “What on earth were you thinking of?” to a child who has made a bad decision. This may cause them to be insecure about future decisions they might need to make. Remember, inappropriate actions originate from wrong choices, which in turn originate from immature thoughts, so to improve outcomes, parents will want to work on improving the thinking capabilities of their children instead of criticising.

Unobstructed play is crucial when you’re raising children to think for themselves and for children’s own development too because it forces them to decide what to play with and how. These kind of early childhood decisions are building blocks for independent thinking in their future.

Keep your words clear and simple when disciplining

Make sure to keep your message short, clear and simple. Your words should be just enough to inform your child which actions you are disappointed with and why, and also what the consequences are. Use simple wording whenever possible to make it easier for your children to concentrate and think more clearly on areas they should be working on.