Home › Blog › Getting around Morning Sickness

Getting around Morning Sickness 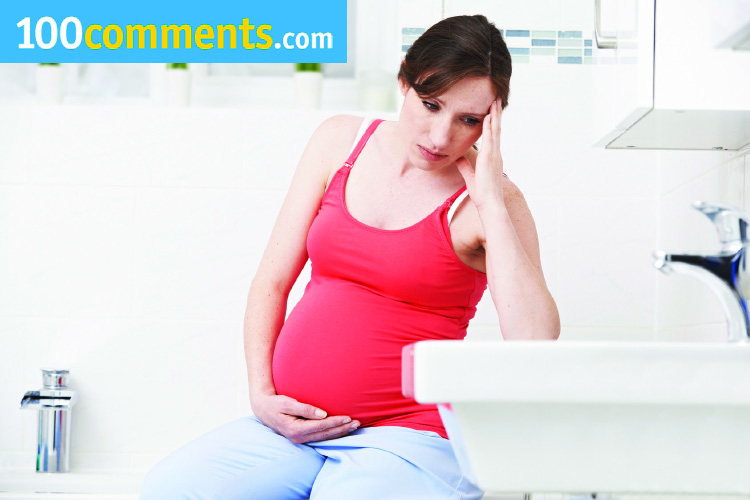 Morning sickness is the feeling of nausea that is usually experienced somewhere during the first 12 weeks of pregnancy. This unpleasant feeling is often caused by hormonal changes in a pregnant woman’s body. Although not a serious issue, it can be troublesome to deal with.

What’s worse is, morning sickness does not mean that the uneasiness is experienced only in the morning. It may occur at any time of the day and may even last the entire day.

Pregnant women who complain of morning sickness are often advised to stay away from fried or greasy foods, as it can aggravate the feeling of nausea. An easy way to decrease nausea considerably is to have a dry toast or some crackers. If that does not appeal to you, try vinegar potato chips instead, for they may help too.

One can also eat a few soda crackers in the morning to get relief from this unusual feeling. If you’re experiencing morning sickness, it’s best to avoid sweet or sugary foods such as pastries and cakes.

A small meal of protein rich foods such as skinless chicken, nuts (almonds), and peanut butter before going to bed is also a useful remedy to ease queasiness. Doctors also advice to avoid spicy foods as they are known to trigger chest pain and nausea during pregnancy. When it comes to drinking juices, a glass of orange juice, early in the morning, is said to help in some, but not all cases of morning sickness.

Having a few dry crackers even before stepping out of bed in the morning is said to help ease the dreaded morning nausea.

A cup of ginger tea is not only refreshing, but is found to be useful in curbing morning sickness. Chewing pieces of crystallized ginger or having ginger tablets or candy can also help provide relief.

Vitamin B6 seems to help

Studies have shown that foods high in vitamin B6 can help reduce the severity of morning sickness. Foods rich in vitamin B6 that can be included in the diet are breakfast cereals, cashew nuts, potato, and wheat bran.

Dehydration has also been associated with feeling of nausea. So keep the body well-hydrated by drinking plenty of fluids. Water is always your best bet, but if it does not work for you, try some lemonade or lightly flavoured water. Also, avoid caffeinated drinks such as tea and coffee and focus more on healthy drinks.

Having large meals is a primary contributory factor behind morning sickness. Eating too much leaves one feeling uncomfortably overloaded and that increases nausea. A better option would be to have daily food intake in small portions. 6 to 7 small meals, throughout the day will help.

Sleeping on an empty stomach during pregnancy can also trigger this sick feeling. Frequently eating small meals is necessary to keep this vomiting sensation at bay.

The aroma of peppermint can also help to relieve issues related to pregnancy. Inhaling peppermint scents or its essential oil can also bring considerable amount of relief.

Acupressure therapy is another positive approach to control this pregnancy symptom. Acupressure for morning sickness involves the use of adjustable wrist bands that put pressure on specific points to relieve nausea and vomiting.

A congested room with all the windows closed is not only unhealthy for anyone, but it might also escalate nausea in pregnant women. On the other hand, a well-ventilated room promotes circulation of fresh air, which helps to keep the body healthy and may help keep morning sickness at bay too.