Home › Blog › Fasting: How Far Can It Help In Weight Loss?

Fasting: How Far Can It Help In Weight Loss? 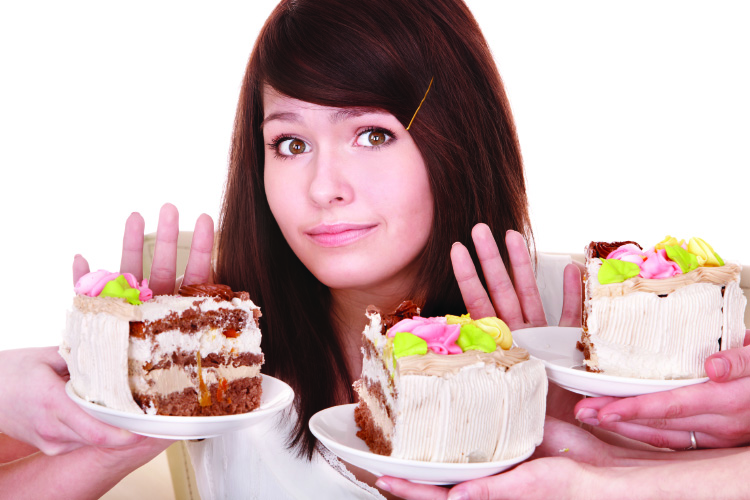 Why do people fast?

When the word “fasting” is mentioned, the first thing that comes to mind is either of a religious practice or a way to diet and lose weight. Fasting, in simple definitions, means the abstinence of oneself from food and drinks for a certain amount of time. Fasting is practiced in several religions around the world as a sign of devotion to God or to pardon one’s sins and impurities.

While the methods of fasting may vary depending on religion, they have something in common which is the abstinence from all food and liquid for a specific length of time. Fasting is not only a religious practice but can also be beneficial to one’s health and is a great way to lose weight if it is practiced in moderation and in a proper manner.

For those who practices Islam, Hinduism, Judaism, Buddhism, Christianity and Sikhism, among others, chances are they have probably fasted many times before not just for spiritual beliefs but also for their health. While fasting in religious context is generally safe, there are fasting methods people undergo that are simply too extreme which could lead to fatality. This usually happens when a person fasts without consuming absolutely anything for a long period of time.

The result of extreme fasting is nothing short of pure discomfort. What you will experience after staying off food and drinks may include anxiety, muscle aches, nausea, headache and dizziness. A person is typically considered to be fasting if he/she abstains from food and drinks for 8-12 hours but anything beyond for several consecutive days that can put a person at risk of an imbalance of electrolytes, hypoglycaemia, anaemia, cardiac arrest and eventually coma.

There is also a chance of developing liver or kidney failure. People have died from prolonged fasts, so it is advisable that you seek a doctor or health expert’s opinion before you start fasting. In addition, remember not to fast if you are sick or in a weakened state as the lack of food will harm you even more.

The practice of fasting to lose weight should be avoided at all cost for heavily pregnant women or women who are having their period. Those who are down with a fever, fatigue or serious illnesses such as cancer, AIDS, diabetes, kidney-related issues, liver problems and anaemia are not advised to fast too and if you suffer from psychiatric disorders such as bipolar disorder, schizophrenia or severe anorexia nervosa or severe bulimia, fasting is not recommended as well.

Is fasting advantageous then?

With all of that being said, fasting is also not without its perks which actually far outweigh the downsides of it. Dr. Mac Fado, an American physician, said “Fasting is like a magical stick that could cure diseases related to the stomach”. Numerous studies by several well-known institutes have also indicated that fasting makes you concentrate better, which leads to an increase in productivity with better quality results. One of these researches includes one by American health expert, Dr. Alan Cott. In the study, participants were divided into two groups; the first consisted of people who fasted while the second group did not fast.

The study arrived at the conclusion that the group who had fasted performed much better academically and socially than the group who continued to eat and drink. The verdict is that when you’re slightly hungry (but not to the point of starving), your blood flow becomes smoother, giving it better access to the brain. We know that the brain needs a good flow of blood to function to its fullest potential, thus explaining the discovery that those who fast would achieve better.

Now having known the advantages of fasting, you might be keen to start fasting, either to lose weight, improve your health or to strengthen yourself mentally. Whichever motivates you, you are advised to consult with a doctor or health specialist first. Once you’ve been given a green light, start your fast light and safe by bearing in mind these hints for safe fasting:

Know your own limits. If you’re easily susceptible to dizziness caused by low blood sugar levels, inform your doctor and make sure he gives you the okay to start. 1-2 hours prior to the start of your fast, make sure that you consume a sufficient amount of water, dates, sultana raisins and the right multivitamins. Remember not to fast more than 12 hours a day. If you’re dead serious about losing weight, 9 hours is the max.

Also, as mentioned earlier, forget about fasting if you are sick or have just recovered from an illness. When you’re weak, you need to eat and drink to regain energy. For the ladies, no fasting if you are heavily pregnant or are in the middle of your menstrual cycle.

You should weigh yourself regularly and figure out what works and what doesn’t. By weighing yourself, you’ll also know what and when to cut out food. However, never cut out ALL food. You just want to lose weight, not lose yourself.

Reduce your calorie intake by 20% to 30% each day but don’t skip your meal entirely. Also, rather than consuming plenty of solids, increase your liquid intake. This can be done by drinking plenty of water, eating a lot of fruits and drinking healthy fruit smoothies. Liquid helps to fill your tummy, so you’d feel full at meal times and eat less.

Eat right by consuming at least one type of food from each group of the food pyramid. After a day of fasting, it is vital to get the vitamins and minerals required. Eat in moderation too as there is a tendency to binge when you’re breaking your fast.