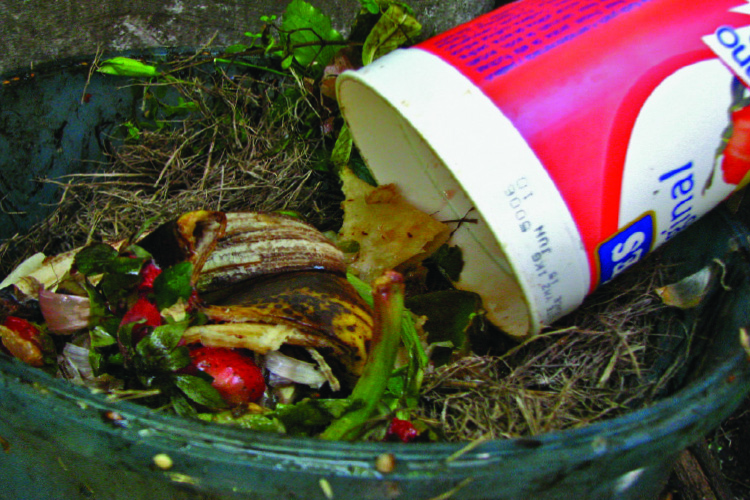 With its people being multi-racial, the country celebrates various festivals almost all year round. Food, a favourite past time of the locals and a key point of interest for visitors, pile high on the tables as a result of gracious hosts. Cookies, cakes and candy are ordered months before the festivities but it is also common to see the delicacies still there in the weeks after that.

Food wastage is common especially at the buffet table, where people pile their plates high to get their money worth, only to find that they are unable to finish the food when they return to their table. Food wastage happens at home too – half a loaf of bread left uneaten until it had turned mouldy, eggs left in the fridge for weeks or yogurt and milk left to curdle. No longer edible, these will end up in the garbage bin. This is a common occurrence in many households around the world; you might ‘discover’ food that you had forgotten about in your refrigerator if you perform a check now.

Food wastage is the least cause of concern for most people but if you had known the extent of the problem and the effects posed to the environment, you would be worried too. The US Department of Agriculture’s Food Loss Project estimated that each person discards approximately 25% of his/her food. That is ¼ the amount of food you have, which is quite alarming, isn’t it?

And then what happens to all the food you chuck into the bin? They end up in landfills where it will decompose, leading to the production of high levels of the methane gas. In the long run, methane contributes to the dreaded greenhouse effect. The Centre for International Energy and Environment Policy revealed another startling fact about wasted food: The amount of energy contained in discarded food is higher than that used in a year’s extraction of natural gas and oil.

While the line “Children in poor countries have nothing to eat” might no longer leave you feeling guilty since you’d have been hearing it since your childhood, you should now curb wastage now that you’ve known the effects wasted food has on the environmental. By reducing the amount of waste or the effects brought upon, the life span of landfills can be prolonged, depletion of soil can be minimised and the use of fertilisers, pesticides and herbicides can be slashed down. So just how can you minimise food wastage in your household?

Don’t shop when you are hungry

You don’t need rocket science to tell you that you’d tend to put more food into your shopping trolley if you’re hungry. While you could end up buying more snacks and chocolates than you had intended to, at least those would have a longer expiry date. However, never ever go to the night market on an empty stomach. Most food you’ll end up buying won’t last until the next day and they’ll likely end up in the trash can.

This is the next step from the first tip. Before heading to the supermarket, take some time and plan your menu for the week. Decide what you are going to cook, then look into your refrigerator and cabinets to check if you have those ingredients. This way, you won’t end up buying something that you already have.

At times, you could be lazy to arrange what you have bought from the store, thus stuffing them straight into your cupboard. Such action will increase the likelihood of food wastage as you wouldn’t be able to spot what you have in there and by the time you do, the food could have expired. Therefore, prior putting in something new, put the earlier food stuff at the front of the cupboard so that you will use them first before opening new ones.

It’s ok to go beyond the expiry date

The expiry date is usually a guideline set by the food manufacturer. At times, the food can still be consumed after its expiry date. As a guideline, check the texture and smell as these are the best indicators of the condition of the product. Bread is one food item which can keep for a few days past its expiry date. Keep the loaf in the fridge if you intend to prolong its shelf life but do check for mould before consumption.

There are times when we have cooked too much for dinner, either a result of misguided estimation or someone had a date and decided not to come home for dinner. You don’t have to throw away the excess food. Either save them for the next day’s dinner or pack it for the next day’s lunch. Food and your efforts cooking will not go to waste.

Sometimes while preparing for meals, we might have cut too much carrots or cucumbers for all to be used in the dish. Turn the extra vegetables into a snack instead. Just save them in a container, keep them chilled in the fridge and munch on them whenever you feel peckish. They make a good snack at the office as well as give you a boost of vitamins.

Promote the usage of dipping bowl

Turn your food into fertiliser

Sometimes, discarding food is inevitable. If the food has gone bad or you simply can’t eat it anymore, what you can do is to minimise the damage the waste has on the Earth. Instead of just throwing the food into the bin, turn them into fertiliser for your plants. Plants need food too, so feed them from your kitchen. Get a compost bin and get some knowledge on composting, then you’d be all good to go and may never have to purchase chemical fertilisers anymore.

Another tip on water conservation – reuse water from the kitchen whenever possible. Water used to boil pasta, rinse rice grains or wash vegetables can be used to water plants. In fact, water used to rinse rice grains is great for plants because it contains starch, nitrogen, phosphorus and potassium, all of which are beneficial to the plants. Remember to let the water cool before watering the plants with it, plants do not like to be scalded too!

Reducing food wastage isn’t difficult with the hints listed above. With just a little effort from the kitchen, more energy can be preserved towards the betterment of Mother Nature.