Home › Blog › The Danger of (Too Much) SALT In Your Diet

The Danger of (Too Much) SALT In Your Diet 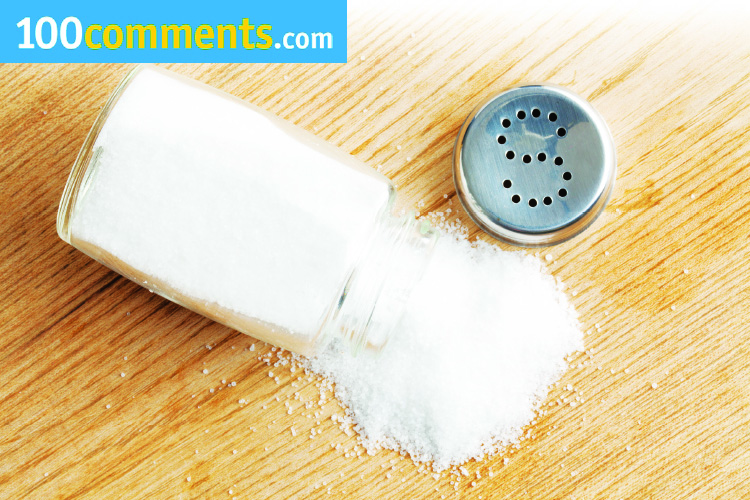 We Malaysians have a love for salt. Or is that true? To start with, there was at least one such report by a global action group (World Action On Salt and Health) that estimated that an average Malaysian takes at least 10 to 15 grams per day based on dietary trends patterns.The World Health Organisation (WHO) had recommended no more than 5 grams per day and that is equivalent to just 1 teaspoon a day.

Normal table salt is sodium chloride in the combination of 40% sodium and 60% chloride in refined form. Sometimes iodine is added to the processed table salt. Natural sea salt differs from table salt due mainly to the composition of mineral and trace elements. There are also natural rock salts that are derived from the earth and minimally processed. The type of salt that we Malaysians consume is mainly refined table salt which has been heavily treated, bleached and depleted of its many trace mineral elements to make it look crystal white, just like table sugar.

The salty taste yet flavourful substance is really an acquired taste. We don’t hear our ancestors shaking salt into the food as everything and anything that they ate came from whole foods, whether from animal or plant origin. The sodium that their body needed came in as natural form and there was no need for supplementation.

But the modern day living has resulted in a bad habit of indulging in taste. Most of us love our favourite hawkers’ food around the corner. “It is the best and one and only food”, we may declare to the world. There is a huge price to pay for if we allow taste to dictate our needs all the time. The quantity and quality of salt or sodium that sneaks into our body needs a health check.

So where is the salt coming from?

Most everyday vegetables we eat contain natural sodium as a mineral. Celery, beets, carrots, coconut, asparagus and spinach are rather high in sodium content. But table salt is not sodium but refined table salt intentionally added into your favourite hawker’s food and soup.

Your soy sauce, shrimp paste, pickles, seasoning cubes, luncheon meat, sausages, bacon, ham, crackers chips, biscuits, and bread – in short, all processed foods, preserved and packaged foods have added table salt. The Chinese restaurant syndrome, a term used by the west depicts another unwanted source – monosodium glutamate. Such foods are high in sodium (with glutamic acid combined) though they don’t taste salty. You know it when your body naturally crave for water to balance the high sodium intake.

Is salt that bad?

Sodium is an essential mineral for a fact. Depending on your activity levels, about 1 -2 grams is quite sufficient for your electrolytes including potassium to maintain normal body fluids levels. For example, if you are a very active person and sweat a lot, you will need additional salt to replace sodium loss. In the optimum levels, your body especially your kidneys should do a good job in the sodium-potassium balancing equation. This keeps you hydrated and your cells functioning in an efficient manner. You feel energised when the adrenal glands and the digestion in your stomach starts to work properly too.

A 2004 study from the United States and Japan help explain the physiological process of how an excess amount of salt in the diet can lead to high blood pressure. Scientists from both countries had identified a hormone secreted by the adrenal gland in the excess of salt intake. This in turn affects the sodium pump action through the action of some protein compounds; such that sodium is not removed but gets retained in the artery cells, and in addition, calcium is brought in resulting in constriction and a narrowing of the arteries.

Simply put, high refined salt in the body pushes up your blood pressure. If the pressure remains persistently high in the arteries, such elevation will in turn, impact on our body tissues and organs in a harmful way. Many studies have also associated high table salt intake with issues of bone loss (osteoporosis), water retention (edema) and even cancer, the list is not exhaustive. Here’s more:

Well, the next time you reach out for the white shaker, just ease back a little and think of the possible health risks that may follow. It is obvious that taming your refined table salt habit makes sense. If you crave for salt, go for natural sodium found in organically grown fresh vegetables and fruits to satisfy your salt cravings.